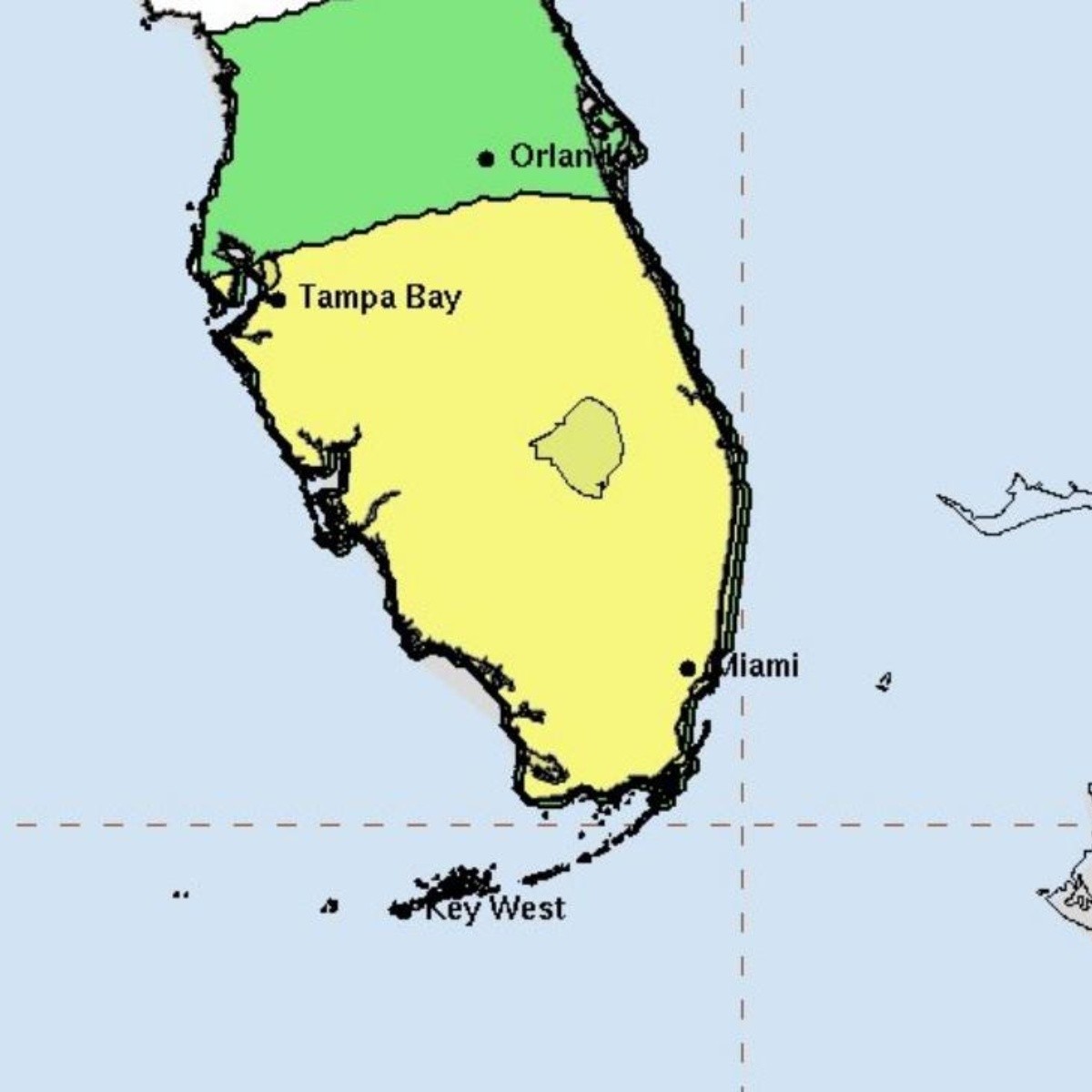 USA.- The Weather Prediction Center of the National Weather Service warned that a cold front with unstable weather would spread tonight from the Great Lakes to the East Coast and a threat of severe electrical storms from the northern Mid-Atlantic to southern New England.

The Weather Prediction Center reported below-average temperatures would stretch from the Great Lakes to the Ohio Valley, while temperatures well above average persist throughout the West.

the bands of external rain associated with Ian could begin to affect southern Florida on Monday, possibly becoming more frequent on Tuesday.

An upper-level trough is projected to amplify over the east of the USA during the next few days. This watering hole will bring the recent heat spell across the central plains to the south all the way behind a cold front.

A reminder about the cone, it won’t give you the whole story! While it’s still a little too early to be talking about specific details, folks along the west coast of FL and the Panhandle should be preparing for the risk of storm surges, hurricane-force winds, and heavy rain. #Ian pic.twitter.com/Es7lHBc0KR

Meanwhile, unsettled weather associated with the upper channel over the Great Lakes will spread east and southeast toward the eastern seaboard. Areas from the northern Mid-Atlantic to southern New England are threatened by severe thunderstorms when a cold front passes through the region tonight.

By Tuesday, cooler, drier air will spread to the East Coast behind the front, but it is expected that harsh and rainy conditions Great Lakes, where active lake-effect showers downwind of all Great Lakes, are likely for the next several days.

Although the temperatures get cold in the east over the next several days, they will warm over much of the west in response to the upper ridge amplification.

Well-above-average temperatures are expected across most of the West through next week, with some record highs possible by Monday across the coastal Pacific Northwest.

Meanwhile, attention will turn to the Caribbean Sea as Tropical Storm Ian will rapidly intensify into a hurricane.

The outside rain bands associated with Ian could begin to affect the south of Florida on Monday, possibly becoming more frequent on Tuesday.