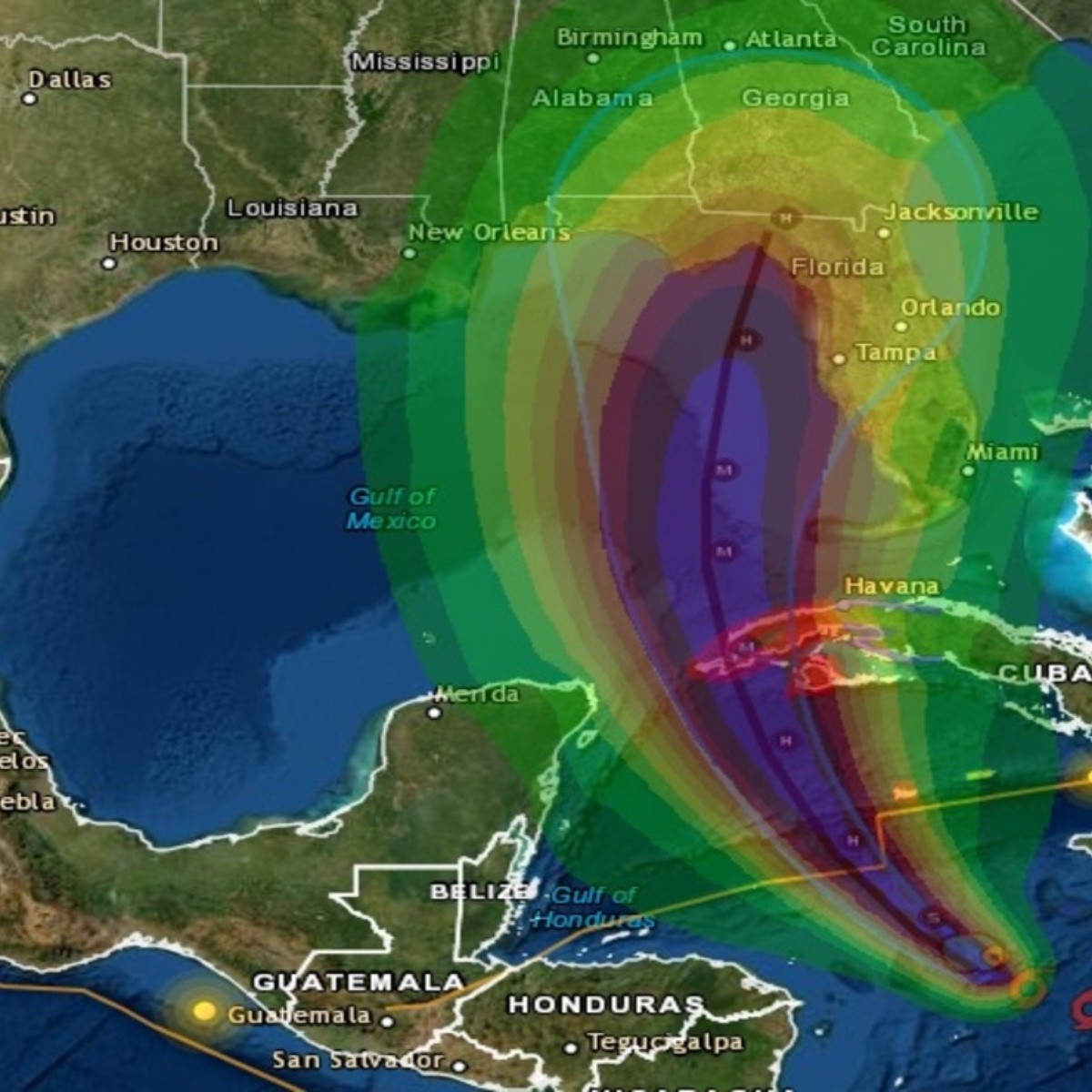 On Wednesday, the National Weather Service’s Weather Prediction Center warned of an increasing major hurricane threat along the west coast of Florida. While cold and unsettled weather is expected to persist across the Northeast and Great Lakes for a couple of days.

Above-average temperatures are forecast across the West, with excessive heat affecting parts of Southern California.

An upper-level amplifying trough is forecast to continue to bring cool air and unstable weather from the Great Lakes to the northeast for at least a couple more days as Ian, currently over the Caribbean Sea, is forecast to move eastward into the Gulf of Mexico and rapidly intensify into a major hurricane.

The strength of the upper trough will be maintained by strengthening surges of colder air dipping into central Canada. This pattern will favor wet, dreary, and raw weather to persist during the Great Lakes and parts of the northeast through Wednesday.

The combination of cold air aloft flowing through the warm waters of the Great Lakes will destabilize the atmosphere and could lead to heavy lake effect rains through Tuesday and into early Wednesday.

#Ian is expected to be a major hurricane in the eastern Gulf of
Mexico during the middle of this week. Regardless of Ian’s exact track, there is a risk of a life-threatening storm surge, hurricane-force winds, & heavy rainfall along the west coast/Panhandle of Florida by mid-week pic.twitter.com/koVmW9yrtJ

Outside of the Great Lakes and Northeast, partly cloudy skies with below average Temperatures are expected to extend southward across much of the Midwest, Ohio Valley, and into the interior Southeast.

Excessive, summer-like warmth is forecast to remain through much of the West as a strong upper-level ridge passes over the western half of the Nation.

Elsewhere, much higher temperatures extend from the Intermountain West to the northern Rocky Mountains and High Plains.

Highs Monday and Tuesday are forecast to soar into the upper 80s and lower 90s. All eyes will then turn to the eastern Gulf of Mexico as Ian is forecast to rapidly intensify into a major hurricane and generally move northward over the next several days.

Areas of heavy rain currently along the Keys into southern Florida are forecast to become heavier and more frequent as the outer rain bands associated with Ian approach.

Heavy Showers, gusty winds, and tornado chances are expected to spread northward across south Florida into central Florida on Tuesday night. Depending on the eventual track of Ian, heavy downpour weather could begin to affect the west coast of Florida on Wednesday.