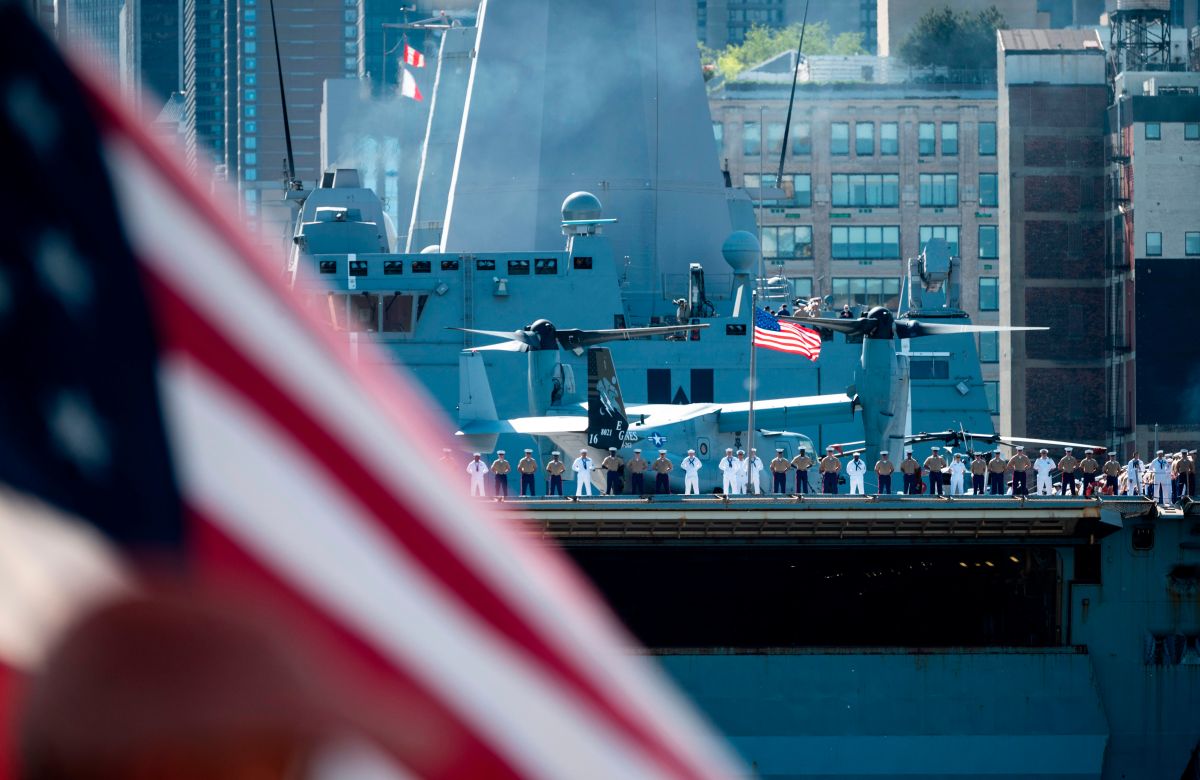 With the traditional parade of boats along the Hudson River from the Battery Park to the bridge George Washington will start this Wednesday 25th at Naval Week, (Fleet Week) which will end on Monday 30 with the celebration of fallen soldiers on Remembrance Day, (Memorial Day).

The Naval Week commemoration events began the previous Friday with the ceremony to change the name of Robert E. Lee Avenue, Confederate General of the Civil War, to John Warren Avenue, in honor of an African-American hero of the Vietnam War, who was killed at the age of 22 when he used his body to protect his fellow soldiers from an enemy grenade. Warren was posthumously awarded the Medal of Honor.

Naval Week, returning to New York after a two-year absence due to the pandemic, is part of the festivities leading up to Memorial Day and has become an invaluable opportunity for New Yorkers to understand what it means to serve in the various branches of the US Armed Forces and connect in person with members who are on active duty.

Among one of the events that attracts the most interest and attracts New Yorkers during the spring is the tour of the ships that have arrived in the Big Apple and which will take place from Wednesday to Monday at Pier 88 and in the base port from Staten Island.

Another of the events to be held on Thursday the 26th in the middle of Times Square will be the demonstration of the marines of the naval force who during the day will demonstrate to the public their skills and techniques to dive as well as the special uniforms that you use to carry out military maneuvers within the Water.

On Saturday the US Navy will hold an aviation event from 10:00 am to 2:30 pm at Eisenhower Park in East Meadow (Nassau County). The event will include military and non-military displays and maneuvers, and will also feature a performance by the US Fleet Forces Brass Band. The event is free and open to the public.

On Sunday, the “Rhode Island Sound” band of Navy Band Northeast will perform a concert in Times Square starting at 2:00 pm Admission to the public is free.

Those who wish to obtain more information can enter: http://militarynews.com/app/fleetweeknewyork/events.html