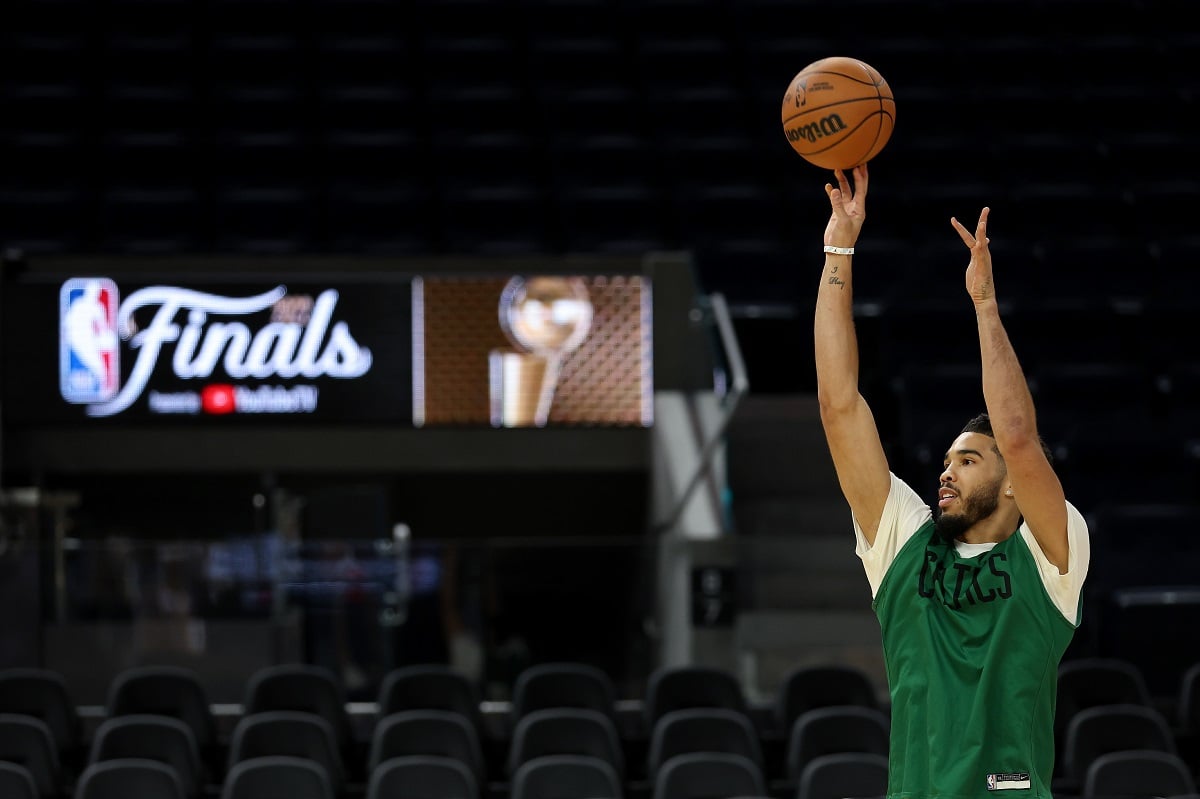 The time has come when children are separated from adults. Welcome to the NBA Finals between the Golden State Warriors and the Boston Celtics starting this Thursday at the Chase Center.sports pavilion in the Mission Bay area of ​​the city of San Francisco.

Golden State led by Stephen Curry and Klay Thompson, the Splash Brothersare the experience in these instances together with Draymond Green. They are looking for their fourth ring in eight years, a figure that is not easy to achieve with the competitiveness that exists right now in the NBA.

While across the street there is history in the franchise and irreverence in its performers: Jayson Tatum, Jaylen Brown and Marcus Smart. And to give it a Latin and spicy touch, Al Horford appears to give Boston depth.

Since 2015 the San Francisco team has always been in the NBA finals except in 2020, when the Los Angeles Lakers beat the Miami Heat and in 2021, the year the Milwaukee Bucks triumphed against the Phoenix Suns.

Golden State was in no hurry to reach the Finals. They took down Jokic’s Denver Nuggets in five games, then in six games they eliminated the Memphis Grizzlies and finally dispatched the Dallas Mavericks in five games.

Boston had a more complicated path having to sweep the Brooklyn Nets, take out the champion Milwaukee Bucks in seven games and after eliminating the Miami Heat also in the famous ‘Game 7’.

10 facts from the final

1.- This is the first time that an NBA Finals game will be played in the city of San Francisco.

2.- 6/8 Golden State by making its sixth NBA Finals appearance in eight seasons, the first team to have such a streak since the 1991-98 Chicago Bulls.

3.- Golden State has won all nine of its home games in the 2022 NBA Playoffs.

4.- The Celtics last appeared in the NBA Finals 12 years ago, losing to the Los Angeles Lakers in seven games.

6.- The Celtics seek their 18th NBA championship, which would break a tie with the Lakers for the most in league history.

7.- The Warriors have won at least one road game in a consecutive NBA playoff series, a record 26, a streak that began in the first round of the 2013 NBA Playoffs.

8.- Boston and Golden State are original NBA franchises that have played in all 76 NBA seasons.

9. The only previous NBA Finals meeting between the Boston and Golden State franchises took place in 1964, when Bill Russell and the Celtics defeated Wilt Chamberlain and the San Francisco Warriors in five games in the Finals matchup. between the two legendary centers.

10.- The flight distance from San Francisco to Boston is approximately 2,700 miles.

You might be interested in:
– Jayson Tatum won the Larry Bird Award and honored the historic Kobe Bryant
– Stephen Curry became the first player to win the Magic Johnson Trophy
– Star contract: Nikola Jokic will sign with Denver Nuggets for 260 million dollars