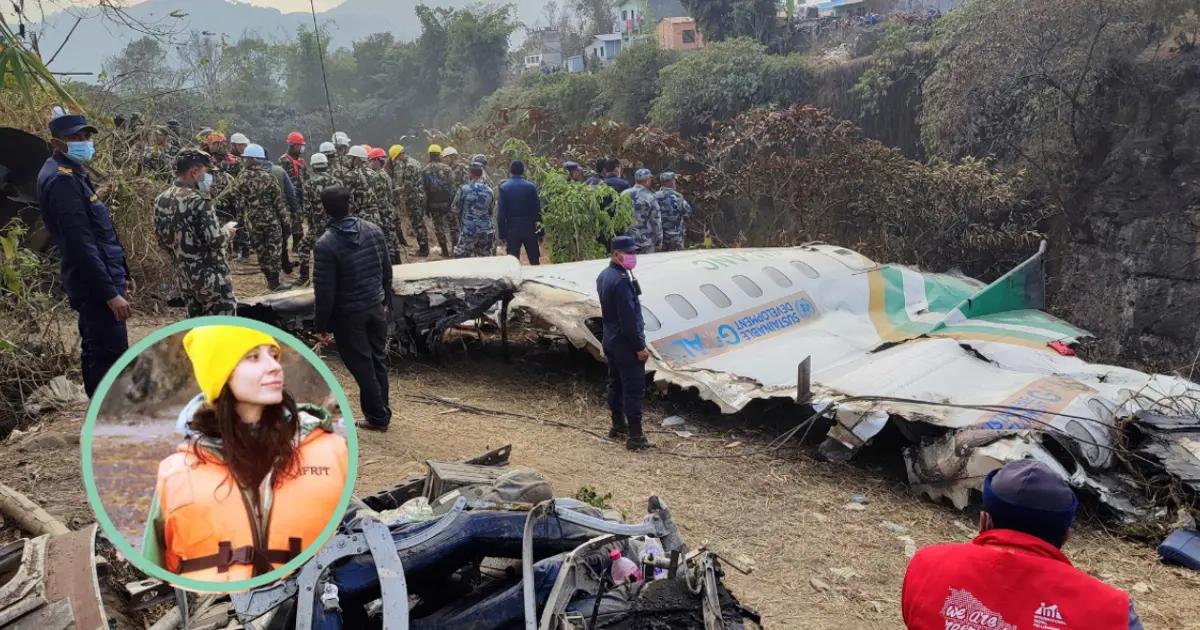 A plane on a 27-minute flight to a tourist resort in Nepal crashed into a ravine on Sunday while attempting to land at a recently opened airport, leaving at least 68 dead out of a total of 72 people on board.

Among the victims was a travel blogger, the same one who shared a chilling post before she died. She is 33-year-old Russian Elena Banduro, who, according to her family, recently discovered she was pregnant.

Banduro, shared a creepy message as one of her last Instagram stories before her death. In it, she can be seen smiling in a selfie from the plane with the caption “Go to Nepal.”

After the confirmation of his death, his social networks have been flooded with messages of condolences for family and friends. “Our light and air… Fly high, sister, and go to the places you dreamed of going,” some of them read.

They find the plane’s black box.

The device recording flight data and the cockpit sound recorder of the passenger plane that crashed Sunday in Nepal have been recovered, a spokesman for the Nepalese Civil Aviation Authority said Monday. The aircraft crashed as it approached a new airport in the resort town of Pokhara.

The devices, known as black boxes, were found the day after the crash, Jagannath Niraula said and would be handed over to investigators. At least 68 of the 72 people aboard the ATR-72 aircraft were killed.

Pemba Sherpa, the spokesman for Yeti Airlines, also confirmed that the two devices had been found.

On Monday, Nepal was observing a day of national mourning as rescuers scrambled down a 300-meter (984-foot) ravine to continue the search. Two more bodies were found in the morning.

It was still unclear what had caused the crash, the worst plane crash in the Himalayan country in three decades. The weather was mild and windless on the day of the crash.

The twin-engine plane, operated by Nepalese firm Yeti Airlines, was making a 27-minute journey from the capital, Kathmandu, to Pokhara, 200 kilometers to the west.

It was carrying 68 passengers, including 15 foreigners, as well as four crew members, according to a statement from the Nepalese Civil Aviation Authority. The foreigners were five Indians, four Russians, two South Koreans, an Irishman, an Australian, an Argentinian, and a Frenchman.