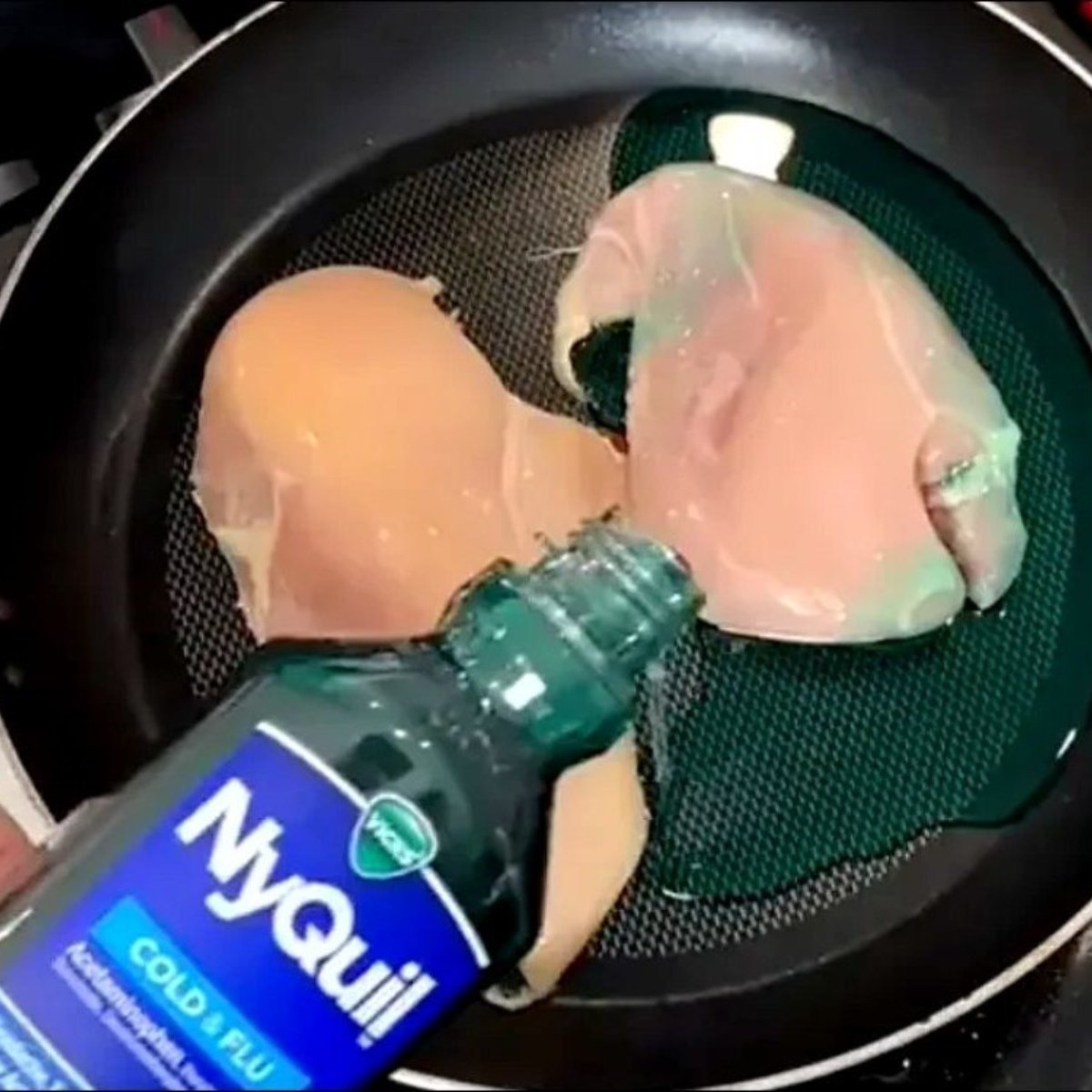 American Post News reports on a new deadly challenge on TiKTokwhich could lead to death due to the high dangers that this entails for health.

What is worrying is the fact that the new deadly challenge is gaining strength, and similar to others that have arisen in the past, it could cause health risks to those who try it.

In fact, the United States Food and Drug Administration (FDA) warned about the challenge that prompts a alleged cooking recipe that includes chicken and cough syrup.

The FDA notes that cough syrup is an over-the-counter drug, but is causing concern about its inappropriate use, as it “can pose significant risks if misused or abused.”

And it is that the new death challenge in TiKTok leads people to “cook” the chicken breast and use as a “dressing” cough syrup, known as NyQuil or a similar one, which contains paracetamol, dextromethorphan and doxylamine.

But the FDA indicates that the prescriptionIn addition to being unappetizing, could be harmful for health even if you don’t eat the “prepared” meat.

“The challenge sounds silly and unappetizing, and it is. But it could also be very insecure. Boiling a medicine can make it much more concentrated and change its properties in other ways. Even if you don’t eat the chicken, inhaling drug vapors while cooking could cause high levels of the drug to enter your body,” the FDA said.

The US agency said: “Tit could also damage your lungs. Bottom line: someone could take a dangerously high amount of cough and cold medicine without even realizing it.”

It may interest you: There is a TikTok challenge that causes death, be careful doing it

Bullying and the new deadly challenge on TiKTok

The FDA made it clear that the trend spread on social networks “is based on peer pressure”, while encouraging TikTok users to do so.

“These video challenges, which often target youth, can harm people and even cause death,” the FDA warned.

For now, the challenge would be growing in the United States, but there is concern that it will spread throughout the world, starting with Mexico or any other country.

In addition to seasoning a chicken breast with cough syrup, there is one that is prescribed for allergies, but with this it was sought to generate hallucinations, which caused great alert since it could cause damage to health and even death.

In this case, the US Food and Drug Administration has stated: “A previous TikTok challenge urged people to take large doses of the allergy drug diphenhydramine (which is sold over the counter in many products, including some under the brand name). Benadryl) to try to induce hallucinations.”

The agency added: “Fueled by news reports of teens needing to go to the ER or, in some cases, dying after participating in this challenge and taking too many medications.”

Amid the rise of a deadly new challenge on TiKTok, authorities are not recommending excessive use of medication, even if it’s over-the-counter.