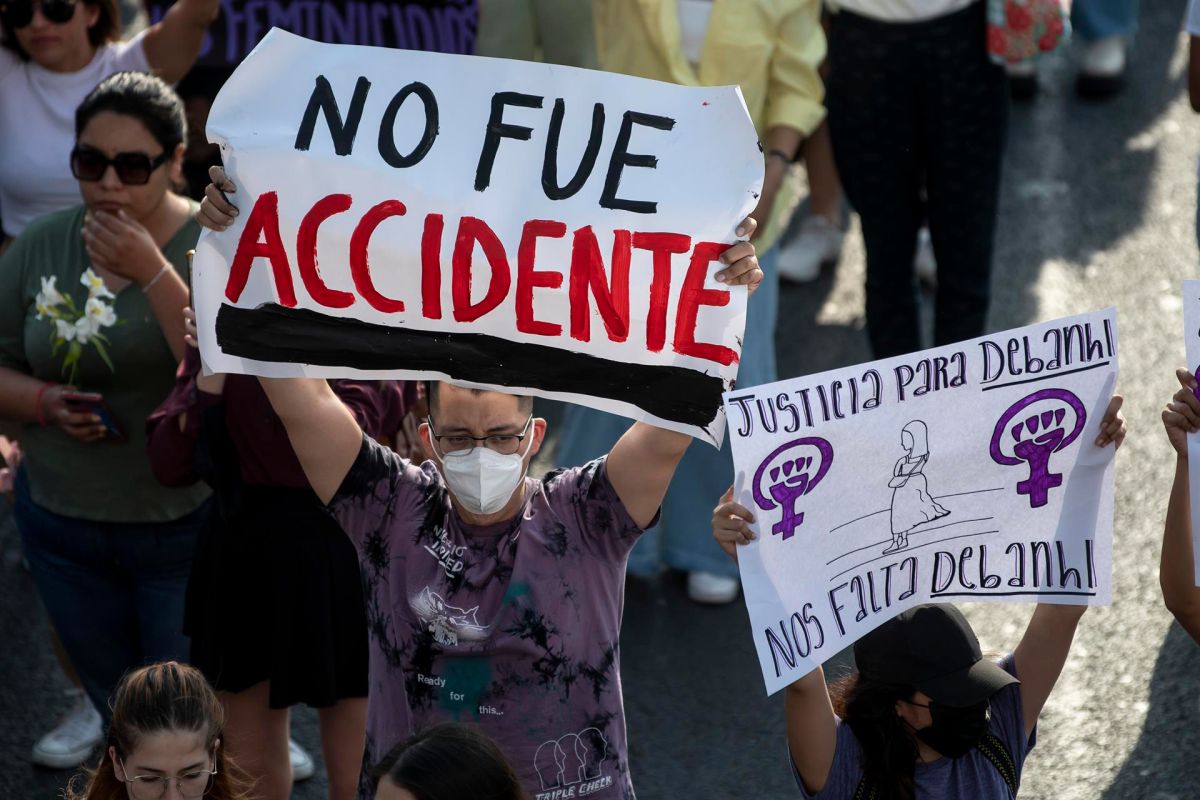 The father of Debanhi Escobar, whose remains were found in the cistern of a motel in Nuevo León, Mexico, assured that the young woman had lost her educational credential that was recently recovered in an apartment complex two months ago.

Mexican authorities reported on Thursday the finding an educational ID belonging to Debanhi in the garden of a housing space in Monterrey. Investigators had gone to the area looking for more clues about the disappearance and death of the young woman. The investigation seeks to establish whether the 18-year-old girl was murdered after leaving alone at dawn on April 9 a party in a country house in Escobedo that she had attended with two friends.

The body of the law student was found about 13 days after his disappearance.

Neighbors of the Constitución Condominiums complex alerted the Police about the credential of the National Union of Education Workers (SNTE).

The card, issued in April 2021, has the photo and personal data of the deceased. According to witnesses told the media, the document was in good condition despite having been found abroad and after the rains of recent days.

The news raised doubts about Debanhi’s last steps before the fatal outcome.

However, Mario Escobar, Debanhi’s father, clarified yesterday afternoon that the credential had been lost to his daughter before those events.

“Today’s morning the information came out on social networks that a SNTE credential was found, which did indeed belong to my daughter Debanhi, but that credential had been lost two months, two and a half months ago,” Escobar declared through a video on YouTube.

The father added that the authorities had already recovered, during an inspection of the complex, another document that his daughter had also lost on the same date, her voter card.

Debanhi’s family requested a second autopsy to try to clarify the causes of death due to the deficiencies at the beginning of the investigation by the Nuevo León Attorney General’s Office.

Although they already have the results, they will not be published until Escobar’s lawyers determine so.

“I cannot reveal the results, the lawyers are analyzing them. Many causes of death are going to be determined there and, if there are differences, the competent authority has to determine it, ”the father told the BBC.

The father added that, until proven otherwise, he will still think his daughter was murdered.

The prosecutors also evaluate several videos from security cameras, among which are images of the girl running outside the Nueva Castilla Motel and when she later looks out a glass door of the local cafeteria.

In addition, the authorities confiscated the five vehicles that were in the motel where Debanhi’s body was found and the people who were in them.