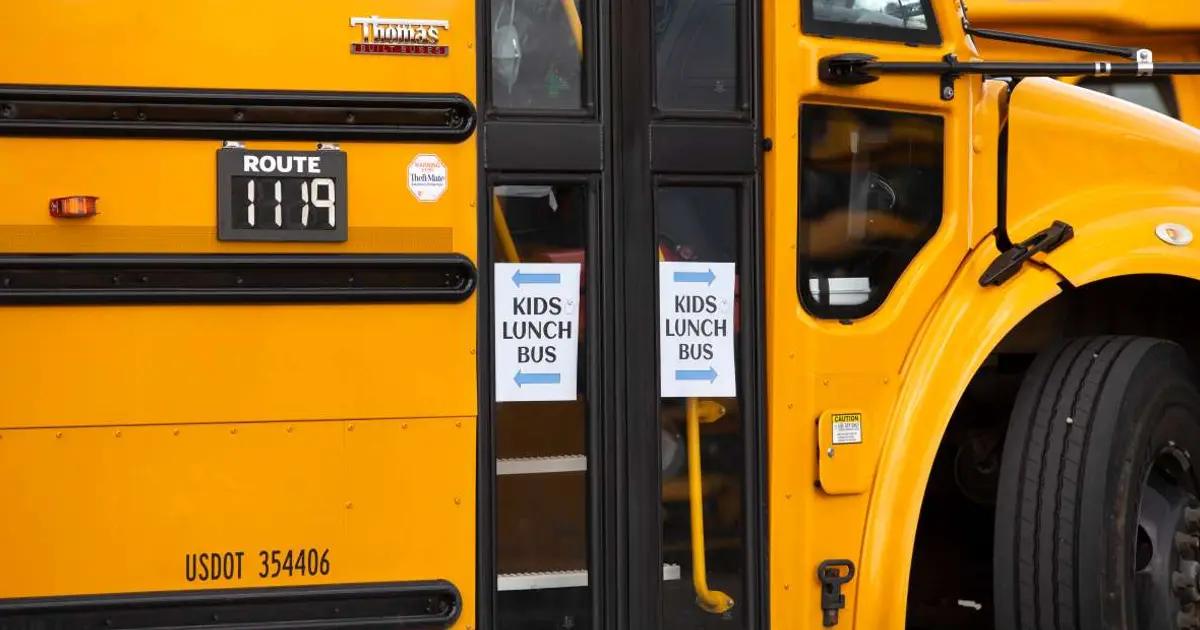 Seven children were injured when a school bus crashed into a home in New Hempstead, a suburb of New York City, yesterday, authorities said.

The most seriously injured were two 5-year-old children, later reported in stable condition. The dramatic accident occurred just before 9 am in New Hempstead, Rockland County, according to Ramapo Police Sgt. André Sánchez.

The accident generated dramatic images. The bus skidded on North-South Gate Drive and struck a pole and a tree before colliding with two cars in a driveway, police said.

The bus then went down a grassy hill and struck several trees before crashing into the home on North-South Gate Drive. Twenty-two people, including the unidentified 37-year-old driver, were in the vehicle, Pix11 said.

The driver and seven children were taken to the hospital with various injuries. Videos and photos at the scene showed the yellow school bus with its front end smashed, leaning against a house next to an overturned car. A path of torn-up dirt and broken tree limbs stretched up a hill behind the vehicle. The impact crushed the bus’s engine compartment and tore off part of the house’s siding. The reason for the freak accident is unclear.

In a similar case, in September, a thief fleeing a Rite Aid pharmacy crashed a car into a KFC chicken restaurant in an attempted kidnapping in Queens (NYC).

Also that month, an elderly woman crashed her car into a chicken restaurant in Brighton Beach, Brooklyn. And a 42-year-old drunk driver was arrested after crashing her car into a power pole and then a residence in Saugerties, New York’s Ulster County.

In August, a car entered the kitchen of a home in a spectacular road accident in Farmingdale (Long Island, NY). The driver, a 20-year-old from Queens (NYC), was captured after fleeing the scene.