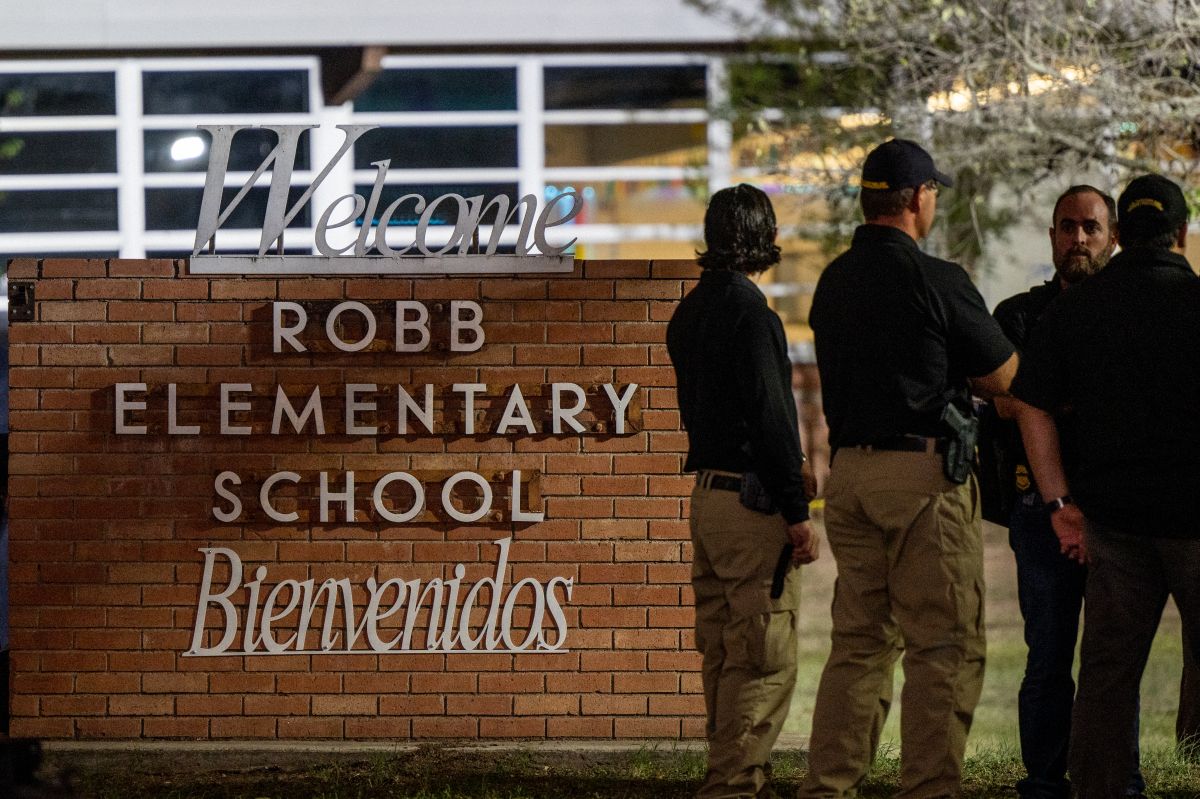 New images from inside Robb Elementary School, in Uvalde, confirm the late response of officers in the midst of the shooting that left 19 students and two teachers dead.

However, the agents they did not enter the classroom for about 58 minutes, according to media reports such as KVUE – TV. Reports indicate that Ramos broke into the school at around 11:33 a.m.

Within three minutes, 11 policemen arrived. By 11:52, an officer with a bulletproof shield was already inside the building.

The version of the police chief of the Uvalde schools, Peter Arredondo, contrasts with what these images reflect.

Arredondo argued that Ramos had shot a lot and that the agents only had pistols.

The Austin American-Statesman newspaper also reported that Arredondo tried to talk to the gunman and asked if he could hear him.

It was not until 12:50 pm that the Police finally managed to drill the door of the room Where was the attacker? He was killed by US Border Patrol Tactical Unit Officers who shot him.

Steven McCraw, head of the Texas Department of Public Safety, told a Texas Legislature committee hearing that there were enough officers to arrest the gunman just three minutes before he entered elementary school.

McCraw, who classified the operation as an “abject failure”also noted that the door to the room is not locked so a key is not needed to access.

In that sense, McCraw questioned Arredondo’s handling of the emergency. “There is convincing evidence that the response of law enforcement officials to the attack on Robb Elementary was an abject failure and antithetical to everything we have learned over the past two decades since the Columbine massacre,” McCraw told the Special Committee. of the Senate to Protect All Texans in Texas in Austin.

“Three minutes after the suspect entered the west building, they had enough number of armed officers wearing bulletproof vests to isolatedistract and neutralize the subject”, he explained.

He added: “The only thing stopping dedicated officers in the hallway from entering Rooms 111 and 112 was the on-scene commander, who decided to put the lives of officers above that of children“, plot.

Last week it emerged that an officer had the opportunity to shoot the attacker before he entered the school, but allegedly did not do so for fear of injuring someone else.