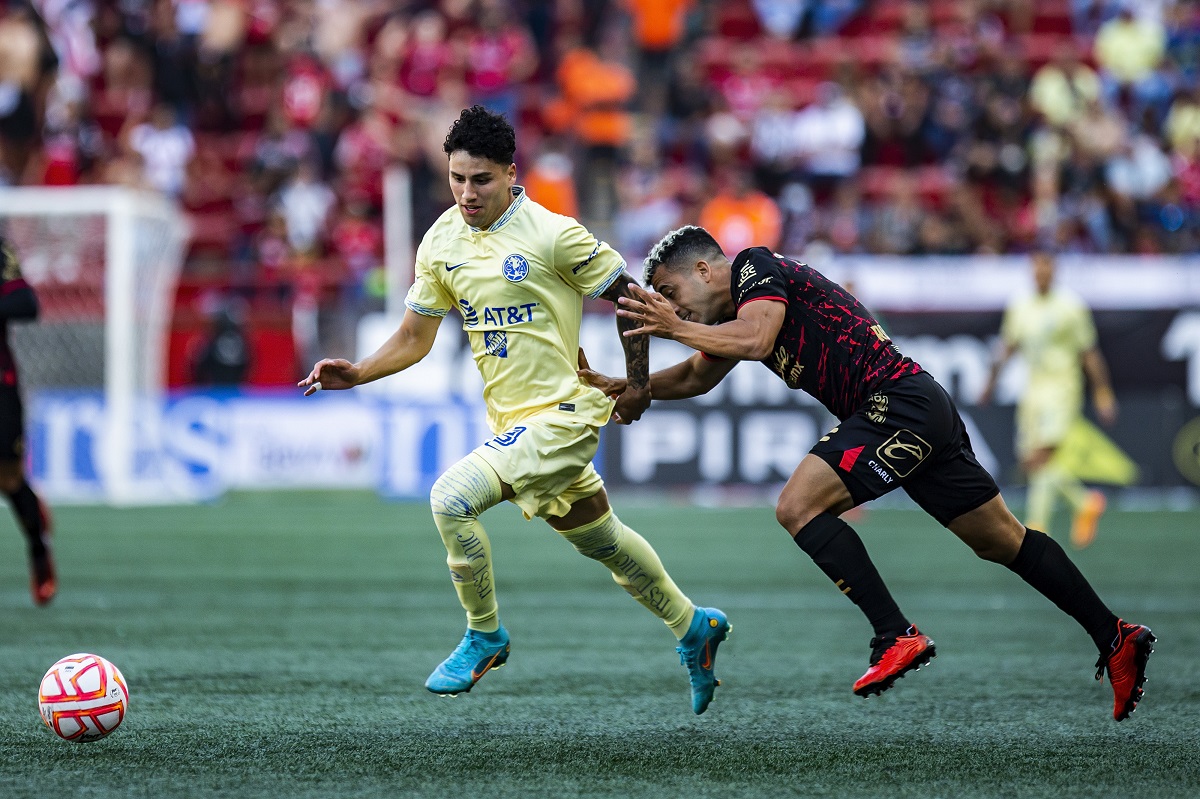 Club América has always been the team that best sells soccer players abroad and this time it was right-back Jorge Sánchez’s turn, who will leave for the Eredivisie in the Netherlands to play with Ajax Amsterdam. Both directives surpassed the last details of the deal and it would be close to becoming official.

The information was advanced by ESPN and confirmed by the journalist César Luis Merlo, Sánchez will reach the current champion of the Netherlands until June 2027, when he travels and completes the respective medical review with the Dutch.

It is estimated that the operation came out between $5 and $7 million dollars approximately and $510 thousand dollars would be added for bonuses and goals to meet in the season.

Sánchez is 24 years old and has worn the shirt of the Absolute Selection of Mexico up to 21 times, and scored a goal. While in America he has 150 games, two goals and eight assists since 2018 when he wore that shirt in Liga MX.

Since Jorge Sánchez debuted in Liga MX on 09/19/2016 there has been no other winger with more successful defensive actions (1,679) than himaccording to statskicks.

The deal had been put on hold because America responded to Ajax’s initial offer and told them they wanted 20% of the player’s chip in the event of a future sale. After analyzing it, the Dutch club accepted the deal.

This native of Torreón said goodbye this Friday to his colleagues in Coapa, to leave in the next few hours for the Old Continent. He will not be available to play against FC Juárez at Estadio Azteca.

Sánchez will be a teammate of Mexican Edson Álvarez, just as they are in El Tri.

You might also be interested in:
– Sadio Mané debuted a goal in the Bundesliga in victory for Bayern Munich
– Riqui Puig became a new LA Galaxy player and will be a teammate of Chicharito Hernández
– Chicharito Hernández faced Chivas 12 years later and could not apply the law of the former: “I did not play very well”