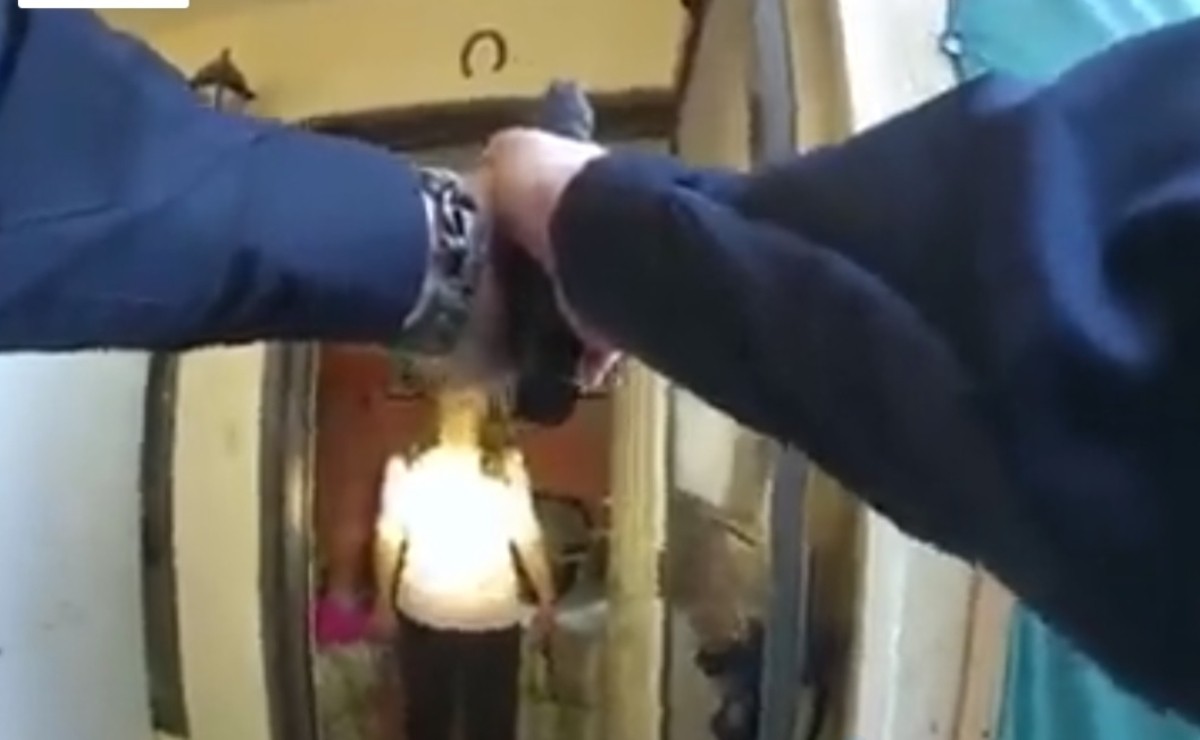 Hard moment that was shared on Facebook by the New Mexico Police, which was captured by the body camera of an agent, who shot dead a 75-year-old woman suffering from dementia after she kept her daughter threatened with death.

In the video captured by the camera carried by the New Mexico police officer, you can see exactly the old woman standing in the doorway of her house, carrying in each hand a large knife. The policeman asks her to put them down but she refuses, so the policeman shoots her repeatedly.

This event was recorded on April 16 and It was the old woman’s own daughter who called the police to help calm her mother, since she was armed and was threatening her.

“I really need an officer, an ambulance or someone because my mother is getting aggressive right now,” was what the old woman’s daughter asked.

Similarly, the woman indicated that she was hiding in a room because her mother was threatening her with death. and that he had his little daughter with her; in addition to the fact that on several occasions she threw boiling water at him.

“He is 75 years old and has dementia. I hide because she threatens to kill me… I have my little girl here,” he said.

The old woman died on the spot. Her family explained that she did not understand much English and that they had notified the police that she was mentally unstable. So far, the police officer who killed the woman has not been charged with any crime.

* Philadelphia police report shooting attack by two unknown men while he was putting gas in his car at a station
* Security camera video shows last steps of Hispanic murdered in Philadelphia one month after winning $1 million with scratch-off lottery
* They killed a fifteen-year-old dancer with a bullet to the head: shooting in NJ also left 4 wounded