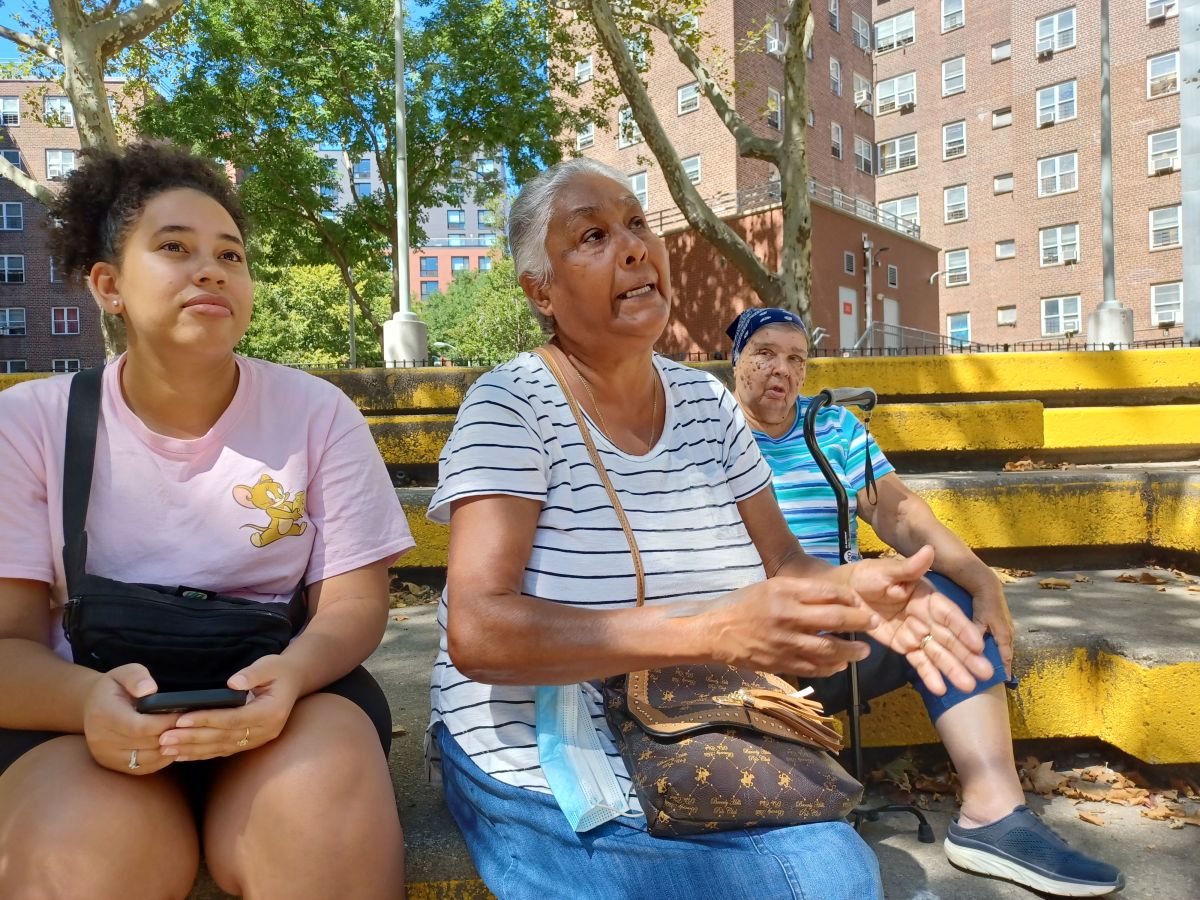 The Puerto Rican Maria Rodriguez trembles every time it rains. Although she lives in a high-rise apartment, the roof leaks at her residence in 1990 Jacob Riis Complex of the New York City Public Housing Authority (NYCHA) put her “up against the wall” every time the weather forecasts indicate precipitation in the Big Apple.

“We have been reporting these roof leaks for years. And there are no answers. It is as if you were under the open sky”, indicates the islander who has lived since 1982 in this immense NYCHA complex, located in Lower Manhattan.

Although María’s complaint is not surprising and much less a novelty, which is replicated by thousands in the vast majority of public housing units, this Friday the OmbudsmanJumaane Williams released a very detailed report describing the conditions deplorable and often dangerous conditions suffered by thousands of New Yorkers.

“Today, our report highlights the conditions facing our city’s renters in public housing. It shows how the New Yorkers who form the backbone of our city are often confined to unacceptable life situations”, highlighted Williams.

More than a hundred years ago, the journalist and photographer Jacob Riis recognized for showing the poverty in which Lower Manhattan towns were found, he shocked the city when he exposed the conditions in which children and families lived in those neighborhoods.

Now remembering the name of the book How does the other half live? de Riis, published in 1890, the Ombudsman exposes in an extensive report, with the same name, the conditions suffered by hundreds of thousands of New Yorkers and offers recommendations to provide relief to NYCHA tenants, after traveling in the last six months these complexes in all five boroughs.

The result of the tour describes with graphs and figures a “humanitarian crisis” that is neither new nor unknown, but which hopes to become a roadmap for federal, state and city plans to rescue the largest public housing complex in the country.

“No one who has witnessed the conditions documented in our report can deny the need for immediate investment and reform,” Williams said.

The research concludes that open work orders are at a new peak. Until November 2021, there were 600,480 open work orders in these complexes, this means an increase of more than 121,600 compared to the previous year.

Another noteworthy point that threatens any progress in repairs in the short term is that in the current fiscal year that began on July 1, 2022 and ends on June 30, 2023, the municipal administration assigns $22 billion for the preservation or creation of affordable housing, but NYCHA will receive only $500 million.

The presentation of the Ombudsman indicates that although the amount $40 billionwhich has been the projected amount needed to repair many structural problems, will not actually be able to fully revitalize what is a group of homes that is already aged and neglected.

“Furthermore, money alone cannot solve problems either. institutional and systemic problems within the administration of NYCHA”, he sentenced.

The City did not immediately react to the findings of the report released by Williams.

On the NYCHA complexes, in addition to the Comptroller, the supervision of a federal public housing monitor and constant reports from the Ombudsman which has praised the agency as the “worst landlord” in the Big Apple.

According to the crossroads of several reports condensed by the Citizen Budget Commission (CBC), almost 90% of NYCHA’s housing units are deteriorated, and the worst thing is that if drastic changes are not made in the next 10 years, they could reach the risk of being affected beyond the point where it is unprofitable and impossible to repair them.

NYCHA spokespersons told The newspaper that despite the financial challenges caused by the pandemic, many transparency tools have been improved in recent months to track repairs and failures.

“We have metrics and tracking systems like never before. There are changes throughout the system. Very good news will come, after years of financing problems, “said the source.

Some conclusions of the Williams report: