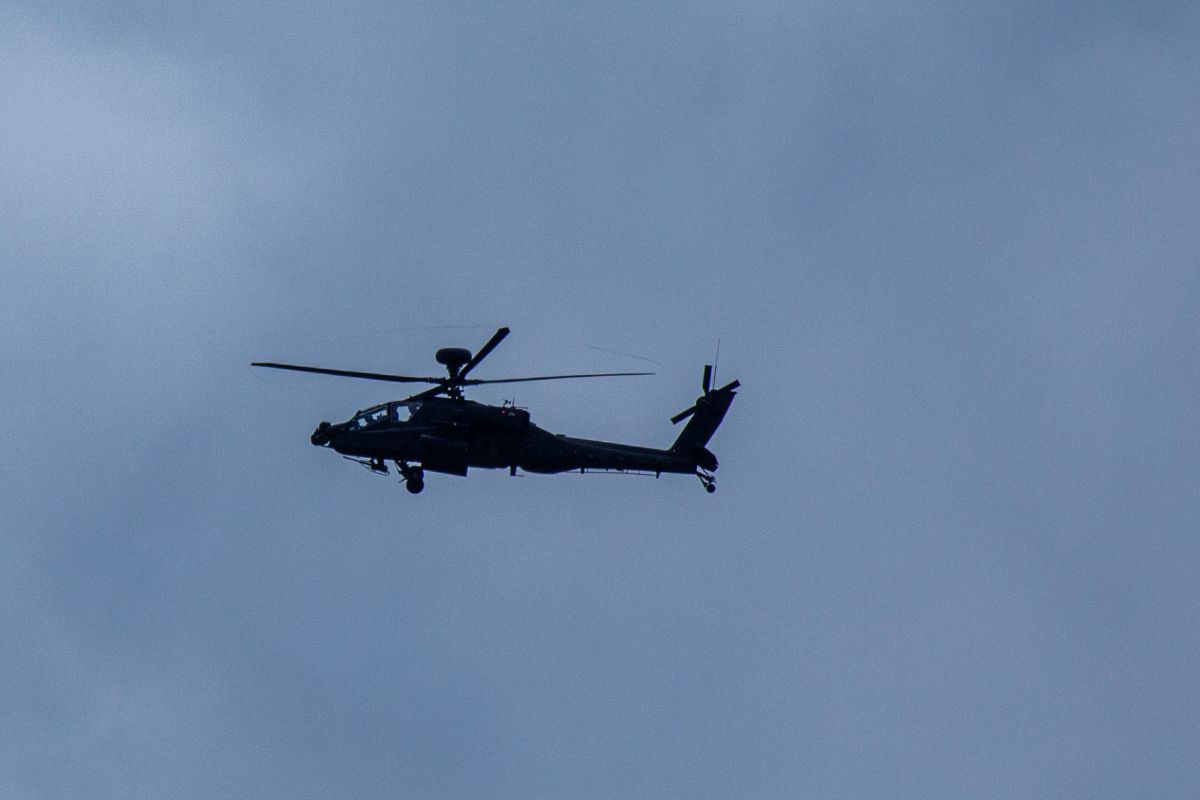 China resumed military maneuvers around Taiwan on Monday in response to the two-day visit of a delegation of US congressmen to the island, just twelve days after the controversial visit to Taipei by the president of the House of Representatives. , Nancy Pelosi.

The Asian giant thus returned to carrying out exercises in the area after a four-day break, after the People’s Liberation Army (PLA, Chinese army) will organize live-fire war games around Taiwan in August 4-11. reaction to Pelosi’s trip.

The spokesman for the PLA’s Eastern Theater of Operations Command, Colonel Shi Yi, announced on Monday that with these maneuvers they seek to “resolutely defend national sovereignty.”

The exercises consist of a multi-service joint combat readiness patrol and an actual combat drill in the sea and airspace around the island of Taiwan.

These exercises are in addition to the regular combat patrols that the Chinese military announced it would carry out in the waters around Taiwan after ending its exercises last week.

The Chinese Ministry of Defense, through its spokesman Wu Qian, pointed out that the PLA is training its troops “for war” in its desire to “crush any form of separatist scheme and foreign interference for Taiwan independence.”

Also, Wu said his country considers the trip by US lawmakers a “flagrant violation” of the “one China” principle advocated by Beijing.

This policy explains why the recent maneuvers “cover a larger area, involve more military elements and are expected to be highly effective,” said Chinese defense experts quoted by local media.

Until now, the Chinese military’s maneuvers have included live fire and the launch of long-range missiles.

For its part, the Taiwanese army has begun to review and analyze the tactics used by China in the recent exercises carried out in the vicinity of the island, the CNA news agency reported.

The objective of the Taiwanese armed forces is to analyze Chinese strategies in order to obtain useful references for its military futures, in a context of increasing escalation of the conflict in the Taiwan Strait.A military source who requested anonymity told the agency.

The island’s response to the maneuvers carried out by China took the form of a series of exercises that began on August 9, and will continue on the 24th with tests carried out in the waters and airspace of the northeast and southwest of Taiwan.

The Taiwanese Ministry of Defense also denounced the incursions this Monday of 30 planes and five Chinese military ships in areas surrounding the island, in addition to the 22 planes and six ships that did the same on Sunday, coinciding with the arrival of the delegation of US congressmen.

These types of incursions are not new in the Taiwan Strait, but have increased since October last year, despite constant complaints about the island government and the US.

The trip of the legislators led by Senator Ed Markey lasted 20 hours and included a meeting with the president of the island, Tsai Ing-wen, who stressed that the visit demonstrates the support of the US Congress towards Taiwan.

In this regard, the Chinese Ministry of Foreign Affairs, through its spokesman Wang Wenbin, described the delegation’s trip as an interference by the US “in the sovereignty and territorial integrity” of the Asian country.

The Foreign Ministry spokesman assured in turn that this trip amounts to “ignoring” China’s “protests and strong opposition” to the United States.

Beijing’s reactions to the trips by these delegations raise concerns in Taiwan that the Chinese government is trying to impose a new status quo that would dissuade foreign politicians from engaging with the island.

Pelosi’s visit this month resulted in the imposition of sanctions on the veteran Democratic politician and the suspension of several high-level dialogues between China and the US, including those on defense and climate change, to which were added the vetoes commercial imports of hundreds of Taiwanese food products.