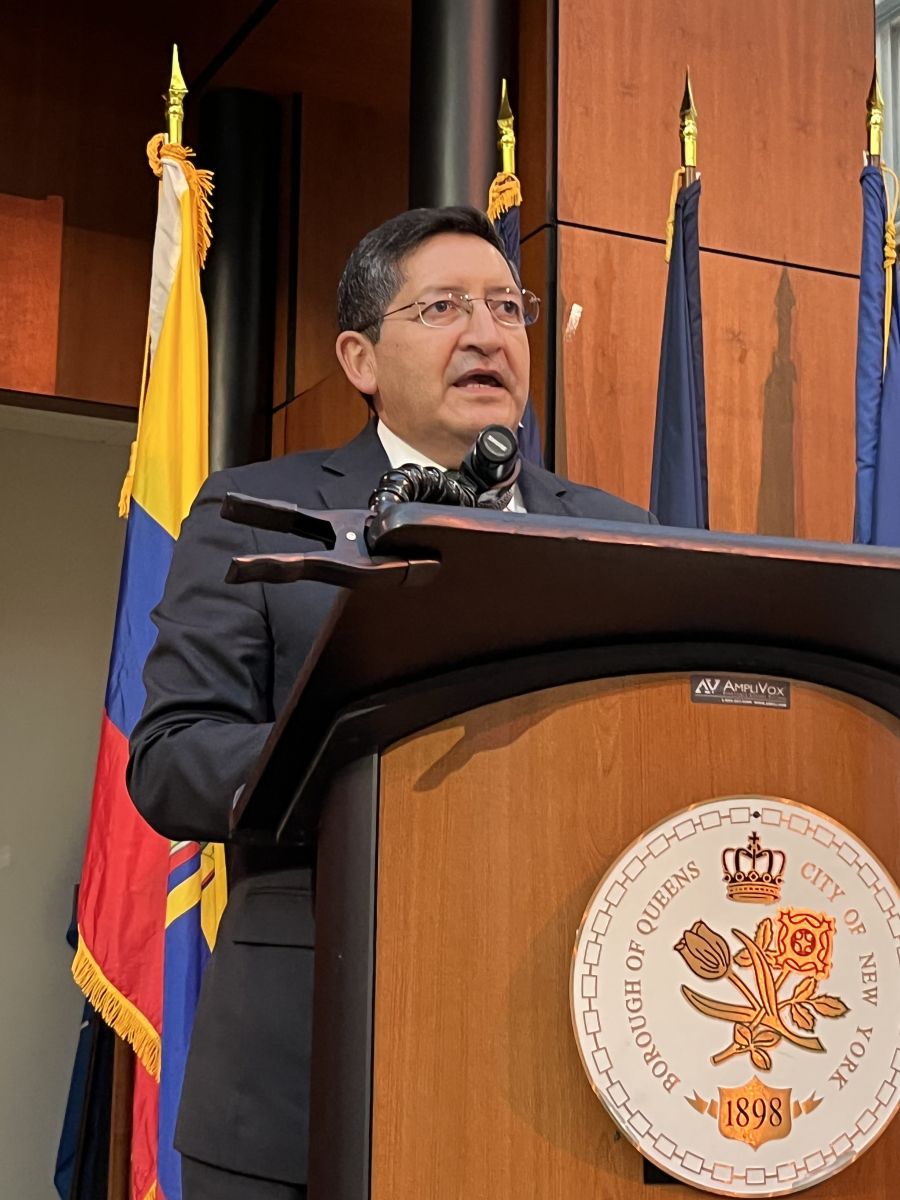 The arrival of Ecuadorian immigrants to the United States and particularly to the New York area registers unprecedented numbers. They surpass Salvadorans as the fourth largest nationality that arrives at the border irregularly after Mexicans, Guatemalans and Hondurans, according to organizations that monitor the migration phenomenon.

The loss of thousands of jobs generated by the Covid-19 pandemic is seen as the main cause of the new exodus of Ecuadorians from 2020. Only last year, some 130,000 immigrants of this nationality arrived in Mexico with the intention of cross into the United States, according to figures from the Ministry of Foreign Affairs and Human Mobility of Ecuador (MREMH).

Although historically the majority of Ecuadorian immigrants come from the Andean provinces of Cañar and Azuay, the trend at this time indicates that those who risk coming in search of opportunities come from different regions of the country.

The Andean Community Center (CCA), in Corona Queens, is one of the organizations that offers assistance to newcomers, it has been overwhelmed these days.

“We are desperately looking for work, we come to survive together with our families,” said Benito Toapanta, who arrived in New York three weeks after a trip of more than two months from Ecuador.

“Entire families arrive in New York every day, others arrive alone and even unaccompanied minors are so many that sometimes they exceed our ability to help,” says Inti Sinche, a CCA activist. The City is aware of the migratory boom and fortunately it is supporting us in coping with the contingency.

Oswaldo Guzmán, president of the Ecuadorian Civic Committee (CCE) agreed on the seriousness of the crisis caused by the arrival of hundreds of his compatriots in the area.

“They come fleeing poverty, unemployment, the only thing they seek is to save their families and here we multiply ourselves to assist them in everything we can,” said Guzmán.

The community activist added that most are farmers, but among them there are carpenters, mechanics, drivers as well as many with university degrees, willing to work here in whatever they find.

Meanwhile, William Murillo from the organization 1800 Migrante blames the Government for the departure of thousands of compatriots from the country.

“We are facing a structural problem in Ecuador. The lack of jobs, corruption, insecurity, are issues that, instead of being solved, have deepened and are the causes that force people to emigrate en masse, “says Murillo.

In 2021, 37 people disappeared across the border, of these cases only 17 were clarified, this figure only considers those who were reported to the Ecuadorian authorities, but not all the disappeared are included, highlights BBC News, in a report from last April.

“The exodus is not a migratory problem as they want to present it. The Foreign Ministry has failed due to its inconsistency in presenting a plan to prevent the migration of Ecuadorians.” Murillo insists. “In many cases, they do not respond to the families who cry out for their disappeared, it is an attitude that borders on insensitivity.”

Some of the immigrants consulted said that the coyotes currently charge between 15,000 and 30,000 dollars to take them across the US border from Mexico.

In contrast, Ambassador José Sandoval, Consul General of Ecuador in New York, points out that the Government and the Foreign Ministry have a series of policies underway to discourage risky immigration.

“Unfortunately we see every day that there are people who have been victims of fraud, robbery, violence on the road and even, sadly, many compatriots die in their attempt to reach the United States,” acknowledges the consul, who took office last month. .

Ambassador Sandoval maintains that there are programs that are developed in conjunction with other ministries to combat human trafficking.

“Let us not forget that, at present, this (human trafficking) is part of organized crime and that it generates even more illicit money than drug trafficking itself, consequently, it is an issue that the Government and the Foreign Ministry take very seriously. and that we seek above all things to protect the integrity, health and well-being of Ecuadorians”.

Regarding the actions aimed at responding to the increase in migrants to the tri-state area, the consul announced that the Consulate in New York will only observe the federal holidays of the United States and no longer the Ecuadorian holidays as it has been doing until now.

Another initiative is to optimize communication so that the community has a better understanding of the policies and work of the consulates, as well as a campaign in Spanish and Quechua aimed at fathers and mothers who work in the streets as street vendors, with the objective that the Quichua-speaking population that comes from the Andean villages can also access this information.

In addition, the delivery of consular IDs is accelerated, which allows Ecuadorian citizens without a visa or regular immigration status in the United States to open a bank account, obtain health care, enroll their children in schools and even get a driver’s license.

Meanwhile, Councilman Francisco Moya, who chairs the Immigration Committee together with Manuel Castro, Immigration Commissioner of the City of New York, said they were closely following the immigration crisis of Ecuadorians.

Moya and Castro coincided last Wednesday in an activity promoted by the president of the county of Queens, Donovan Richards Jr. and the CCE, within the framework of the Ecuadorian Week. Councilman Moya is of Ecuadorian descent.

The increase in Ecuadorian immigrants is evident especially in Queens. The commercial corridor of Roosevelt Avenue is full of informal businesses of all kinds, especially where they sell typical dishes such as ceviches, fried foods, onions and fruit juices. On the same avenue between Broadway and 69th Street, dozens of immigrants offer their services as laborers for construction, painting, etc.

“We are good at everything that is offered to those who hire us,” said Lucio Aguirre, who has been in the Big Apple since May, and is originally from Milagro, Guayas province.

Through Woodside, Jackson Heights, Elmhurst and Corona, and always on Roosevelt Avenue where the 7 train runs on the elevated part, it is evident how Ecuadorians have won or disputed space with other communities such as the Colombian and Mexican.

The yellow, blue and red tricolor with the shield, which distinguishes the flag of Ecuador from that of Colombia and Venezuela, is omnipresent in the area where businesses such as travel agencies, package shipments, money remittances and notaries that offer “quick divorces”, powers of attorney, translations and other procedures.

687,000 Ecuadorians reside in the US, of which 66% live in the states of New York and New Jersey, according to the Census Bureau.

This Sunday will take place the thirty-ninth edition of the Ecuadorian Parade in New York, considered the showcase of the multiethnic and multicultural wealth of this dynamic community.

In what is considered a historic event, on Wednesday, August 10, the Ecuadorian flag will be raised for the first time in the financial district. The act scheduled for 3pm will take place in Bowling Green, the park where the emblematic Wall Street bull is. The event is promoted by the International Committee Galo Plaza Inc., by the Office of Immigrant Affairs, in coordination with Ambassador José Sandoval, Consul General of Ecuador in New York.

Likewise, for Sunday, August 14, the Ecuadorian Cultural Festival is planned, in which the musical and gastronomic richness of Ecuador is shown. From 10:00 am to 5:00 pm, in the Hall of Science, located in Flushing Meadow Corona Park.