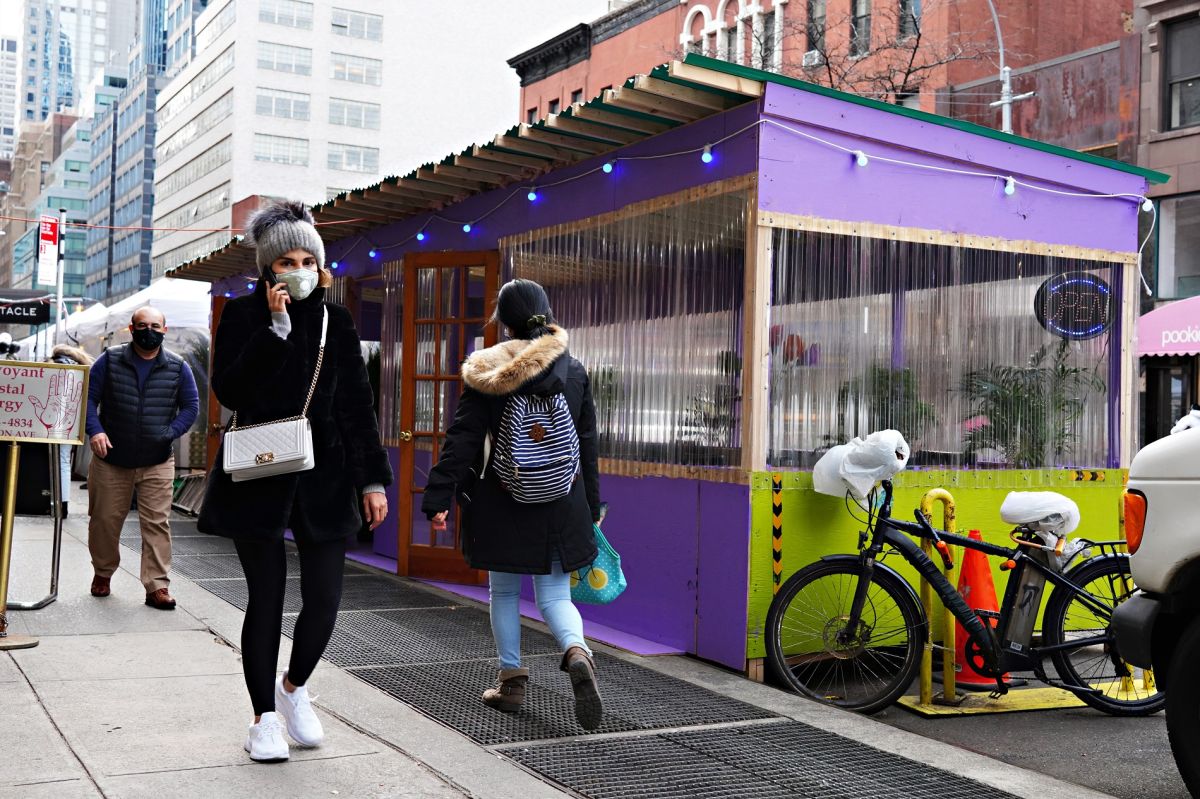 Several reports warn that the extensions of restaurants on the streets allowed during the pandemic have become a refuge for the homeless, but also in spaces used as hotel rooms to have sex.

“The woman is seen performing oral sex on her lover, who is lying on top of a suitcase, his head resting on the wooden wall,” the report says, which also mentions that the couple were drinking.

The resident of the area was surprised by the scene.

“I just couldn’t believe it. I was like ‘OMG!’” the resident said.

Another case was also captured in the morning, when a couple insistently kissed, but the man was not wearing a shirt, he was just wearing shorts, in a scene that rose in tone.

That problem adds to the proliferation of rats and the dirt generated by the sheds. in the evenings, but more than 12,000 restaurateurs want the program to be permanent.

However, residents of the areas where the sheds are located have complained about the problems they generate in different counties, such as in Queens, where neighbor Ricardo Pacheco accused that the quality of life has been affected in Jackson Heights.

Pacheco is a retired police officer and charged that he has also seen couples having sex in those areas.

There is pressure against the mayor of New York to end this program and a lawsuit was filed to which Pacheco joined.

Deborah Gonzalez of the Lower East Side also joined the lawsuit.

“These structures partially hide men urinating, so when you walk by, you’re surprised and caught off guard,” she said.

Although the mayor Eric Adams He said that he supports these structures, he also considers that they should be better regulated.