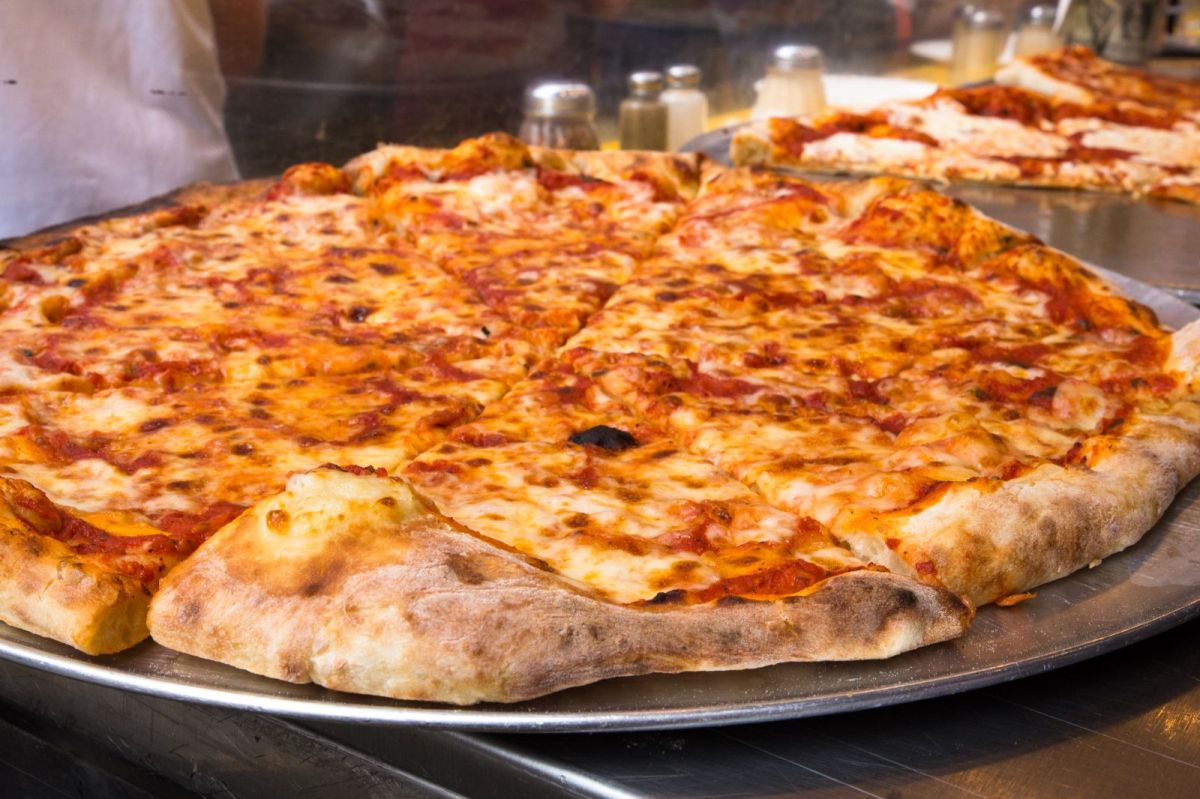 Is there anything more irresistible than pizza? It is undeniable to say that it is one of the most iconic and exquisite dishes of all time. So it is no surprise to talk about its evolution and all the variants that have emerged over the years. Without a doubt, one of the favorites is New York-style pizza. Although there are many qualities that make it unique, one of the main characteristics is that it is very wide in diameter, and the extreme fineness of its dough that allows it to be bent without breaking. In addition, as a general rule they are usually served with the classic topping consisting of tomato sauce and mozzarella cheese, It is usually served in portions that can be eaten on the street and is therefore considered the most popular ‘street snack’.

This type of pizza is made in the New York City’s iconic pizzerias since the early 1900s. Therefore, New York pizza originated, as its name suggests, in the New York of 1900 and was introduced by the increasing Italian immigration arriving in the United States at that time. The first place where pizza with this new style began to be sold was Lombardi’s New York pizzeria, at 32 Spring Street in Little Italy. Today it is one of the must-see spots in the Big Apple.

As we mentioned at the beginning, the greatest characteristic of New York-style pizza is that it is usually quite wide in diameter: about 45cm. And it is also made with a dough with a fairly fine and thin finish, so that it does not take long to make in the oven and so that it can be folded easily and is easier to eat at street level.

The NY style pizza dough is unique, it is made with yeast, flour, water, sugar and olive oil. The tomato sauce is usually a little more spicy, is made with the use of tomatoes, garlic, oregano and chilli, it is the classic one used in Neapolitan pizzas. This is an important point since it influences its characteristic flavor. Mozzarella cheese is another distinctive sign of pizza since fresh mozzarella is never used (especially in street-level pizzerias) instead the more commercial versions of mozzarella cheese that we find in any supermarket are used. In such a way that the base ingredients are tomato sauce and mozarella cheese, which results in to a pizza called “Plain” and from this base, additional ingredients such as the classic pepperoni, sausages, meat, peppers and all kinds of vegetables are added.

Fortunately for those who die of a craving, we have good news: Preparing New York-style pizza at home is pretty easy. The only thing you will need is patience and follow the instructions to the letter, remember that the secret is in the dough.