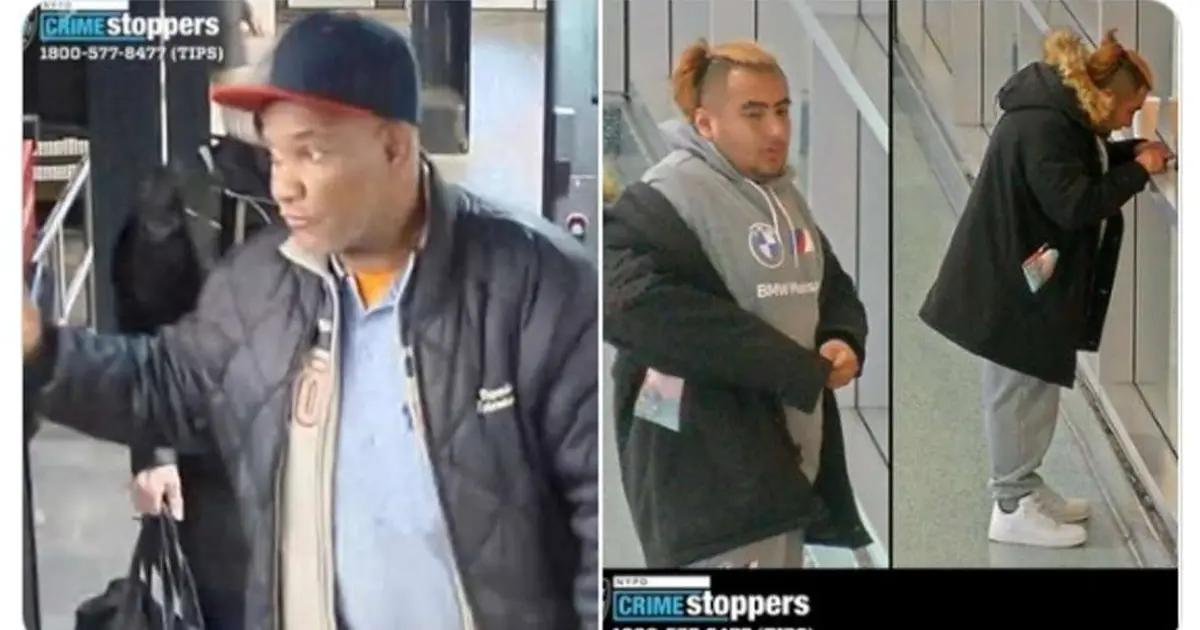 A passenger tried to kidnap a child, and another tried to molest a woman inside a train car: two of the latest incidents in the chaotic New York City subway.

NYPD released photos of both suspects to apprehend them. The first case occurred on the night of November 17, when a young man attempted to rape a woman on a Line 4 train car traveling northbound in Lower Manhattan.

The suspect sat down next to the 24-year-old female passenger and then removed his pants and underwear at around 11:25 p.m. According to the NYPD, he climbed on top of the woman, placed his hands on her body, and attempted to pull down her skirt.

The victim was able to fight off the assailant and flee to another car. Meanwhile, the New York Post reported that her attacker ran off the train at Bowling Green station and then boarded a ferry to Staten Island.

The second case happened yesterday morning when three siblings – a 16-year-old girl and two boys aged 15 and 10 – were traveling to school on a southbound Line 2 train. Suddenly a man followed them at the 149th Street station in Harlem.

The suspect sat down next to the brothers and, as they approached the 34th Street subway station in Midtown, grabbed the younger brother by the legs and attempted to pull him off the train as they approached. Fortunately, the other two intervened and after a struggle the man fled on foot. He was last seen entering Penn Station, ABC News reported.

Violence does not rest on New York City’s public transportation. This year, public officials have repeatedly promised to increase police presence on subway platforms and cars under former NYPD Mayor Eric Adams’ security plan, which seeks to reduce violence by cracking down on violence, including combating homelessness: last February, 350 people were found to be “living” on the subway.

Despite the announced efforts, overall serious crime on the subways is up 42% this year compared to the same period in 2021, and the number of homicides this year already exceeds the eight recorded last year.