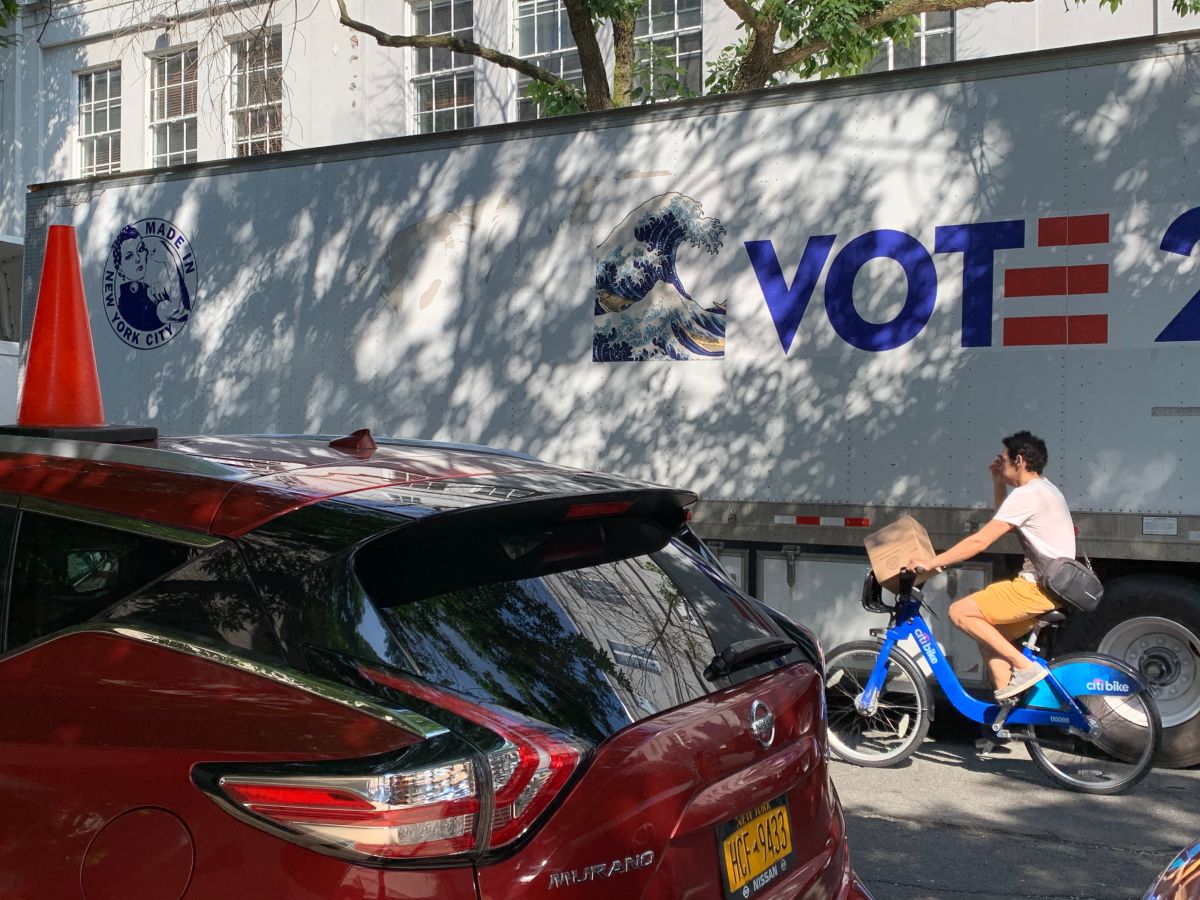 This Tuesday is day of primary elections in new york. Throughout the state, more than 12 million registered voters will be able to use the right to vote to choose the nominees of the Democratic and Republican parties, which next November will compete for the positions of Governor and Lieutenant Governor in the general election. And the candidates are trying to convince more voters to give them their vote of confidence at the polls so they can win.

The actual State Governor Kathy Hochul he hopes to receive the support of the electorate to continue in office after the November elections, but he will have to measure himself against the congressman Tom Suozzi and the current Ombudsman, Jumaane Williams, who promoted an intense campaign to unseat her from command of the state government. For the Republican nomination they face Rob Astorino, Andrew Giuliani, Harry Wilson and Lee Zeldin.

Williams insists on the importance of getting out to vote and warns that “without new, courageous and progressive leadership to create change, the way things have always been will stand in the way of what they can be”, while hochul did a call for all registered voters to show up at the polls.

“Tomorrow (today) is the day of the primary elections; it’s an opportunity to use your voice and advance progress in our state. Make your plan to vote, and let’s do it new york“, commented the current state president.

But the eyes of New Yorkers are not only on the Governor’s race, but also on the Vice Governor’s race, where two Latin women: the community leader Ana Maria Archila, defender of immigrants, who is in a duo with Jumaane Williams in her aspiration and the former councilor Diana Reyna, who goes with Tom Suozzi, they are showing the power of their communities to arrive with a progressive agenda at the highest government position, created to replace the Governor in case of absence. The two Hispanic politicians are measuring themselves against the current Lieutenant Governor Antonio Delgadowho is not Latino.

In these elections, voters will also elect assembly members and judges. The positions of Attorney General of the State and Comptroller, are postulated by current officials without opponents in their parties.

And in the middle of election day, which began last week with the option of early voting, which was borne by nearly 180,000 votersLatino voters like Juan Casallas say they feel that in these elections the Latino vote will make a difference.

“I like to see that there are many young people involved in the electoral issue, young people like my children, who pushed me to go out and vote so that they take us more seriously, and I think that what we have shown is that Latinos no longer like us. they can continue to ignore the politicians and that we decide who can win,” said the 40-year-old Colombian.

Maria Molinaa resident of Queens, mentioned for her part that she is ready to vote moved by “the illusion” of seeing a Latina as Lieutenant Governor, who can help her community more.

“I hope that in these elections the voice of Latinos is heard and we finally have someone from our community working for us from above, giving us the value that our vote deserves,” said the Mexican daughter of immigrant parents.

That vision is also shared by NALEO (Educational Fund of the National Association of Latino Elected and Appointed Officials), which in a recent report assured that Hispanics will have a lot of strength in the elections in these primaries, because not only more than 1 in 8 registered voters will be Latino but there are also Latino candidates.

“Once again, Latinos are poised to play a critical role in this year’s primaries, both as candidates and as voters,” said the executive director of NALEO Educational Fund, Arthur Vargas. “The presence of Latino candidates on the ballot for prominent offices across the state is just one factor that can drive Latinos to the polls. However, Latinos look beyond the race and ethnicity of candidates and will support those who take community needs and priorities seriously.”

Vargas He added that NALEO projections suggest that turnout in this year’s November midterm elections “will likely mirror the historical figures of 2018.”

“Still, it’s up to the candidates and their campaigns to help ensure that 2022 voter turnout meets or exceeds those projections,” he added, noting that factors like post-Census redistricting, competitive state and congressional races , and the effectiveness of voter engagement efforts targeting the Latino community, will determine the turnout landscape.

“Thus, the Latino electorate will play a key role in the Democratic primaries,” the report concluded.

The State Board of Elections revealed that 178,223 New Yorkers voted early, of which 86,890 did so in the Big Apple, and took the opportunity to call on voters, reminding once again that only those who are registered in a political party are eligible to vote in the elections June primaries.

“All registered Democratic and Republican voters will have the opportunity to vote in the gubernatorial primary election. Voters will also be able to have primary elections for Assembly and local elected offices based on where they live,” she said. State Electoral Board, in a statement. “Voters can find out if they are registered with a political party and where their primary polling place is by visiting voterlookup.elections.ny.gov.”

Next August 23 there will be other primaries to elect congressmen from New York to the House of Representatives and state senators and general elections will be on November 8.

Who is running for the office of Governor?

Who is running for the position of Lieutenant Governor?