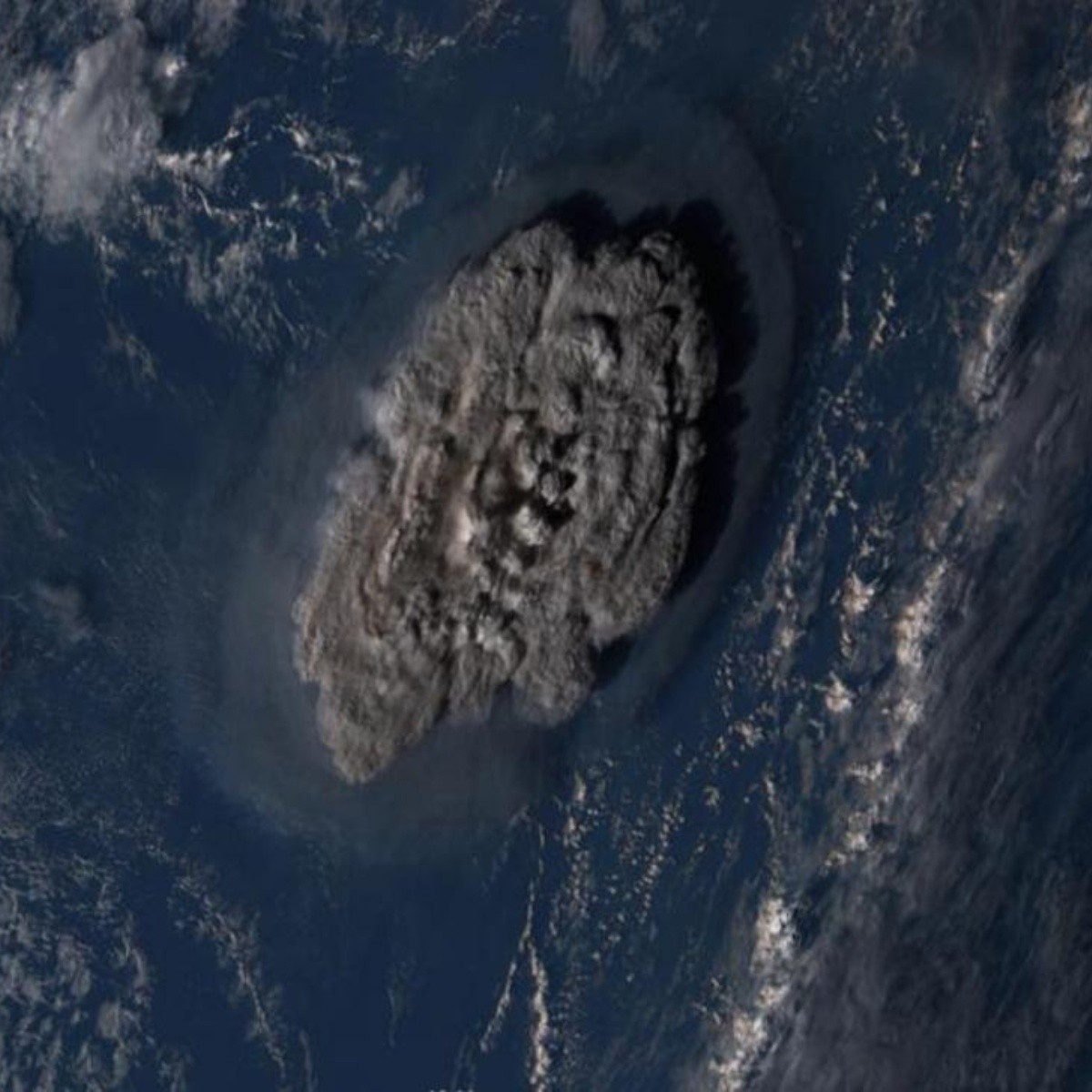 Tonga.- New Zealand and Australia were able to send military surveillance flights to Tonga on Monday to assess the damage left by a huge underwater volcanic eruption in the island nation of Peaceful.

A towering ash cloud from the eruption Saturday had prevented previous flights. New Zealand expects to send essential supplies, including much-needed drinking water, on a military transport plane on Tuesday.

No casualties have been confirmed in Tonga, although a British woman was reported missing. The UK Foreign Office said on Monday it was “supporting the family of a missing British woman in Tonga and is in contact with local authorities”.

Relatives of Angela Glover, who ran an animal rescue center in the capital of TongaThey said they haven’t seen her since she was swept away by a tsunami wave. Her husband, James, survived by clinging to a tree.

Glover’s brother, Nick Eleini, told The Guardian: “I don’t think this is going to have a happy ending.”

Communications with Tonga remained extremely limited. The company that owns the only fiber-optic undersea cable connecting the island nation to the rest of the world said it was likely severed in the eruption and repairs could take weeks.

The loss of the cable leaves most Tongans unable to use the Internet or make phone calls abroad. Those who managed to send messages described their country as a lunar landscape as it began to cleanse itself of tsunami waves and falling volcanic ash.

Tsunami waves of about 80 centimeters (2.7 feet) crashed into the shoreline of Tonga, and New Zealand Prime Minister Jacinda Ardern described damage to ships and shops off the coast of Tonga. The waves crossed the Pacific, drowning two people in Peru and causing minor damage from New Zealand to Santa Cruz, California.

The scientists said they did not believe that the eruption would have a significant impact on the Earth’s climate.

Huge volcanic eruptions can sometimes cause temporary global cooling as sulfur dioxide is pumped into the stratosphere. But in the case of the tongan eruption, initial satellite measurements indicated that the amount of sulfur dioxide released would only have a small effect of perhaps 0.01 Celsius (0.02 Fahrenheit) of global average cooling, said Alan Robock, a professor at Rutgers University.

Satellite images showed the spectacular underwater eruption on Saturday night, with a plume of ash, steam and gas rising like a giant mushroom over the waters of the South Pacific.

A sonic boom could be heard as far away as Alaska and sent pressure shock waves around the planet twice, altering atmospheric pressure that may have briefly helped clear fog in Seattle, according to the National Metereological Service. Large waves were detected as far as the Caribbean due to pressure changes generated by the eruption.

Samiuela Fonua, who chairs the board of Tonga Cable Ltd., which owns the only cable connecting Tonga with the outside world via Fiji, he said the cable appeared to have been severed 10 to 15 minutes after the eruption. He said the cable is on top of and inside the coral reef, which can be sharp.

Fonua said a ship would need to lift the cable to assess the damage and then crews would have to repair it. A single break can take a week to repair, he said, while multiple breaks can take up to three weeks. He added that it was not yet clear when it would be safe for a ship to venture near the underwater volcano to carry out work.

A second submarine cable connecting the islands within Tonga it also appears to have been cut off, Fonua said. However, a local telephone network was in operation that allowed Tongans to call each other. But he said the lingering ash cloud was still making even satellite phone calls abroad difficult.

Said Tonga, home to 105,000 people, had been in talks with New Zealand about obtaining a second international fiber optic cable to ensure a more robust network, but the nation’s isolated location made any long-term solution difficult.

The cable also broke three years ago, possibly due to a ship dragging an anchor. At first, Tongans had no internet access, but limited access via satellite was later restored until the cable was repaired.

Ardern said that the capital, Nukuʻalofa, it was covered in a thick film of volcanic dust, which polluted water supplies and made fresh water a vital necessity.

In a video posted on Facebook, Nightingale Filihia was sheltering in her family’s home from a rain of volcanic ash and small pieces of rock that darkened the sky.

“It’s really bad. They told us to stay inside and cover our doors and windows because it’s dangerous,” he said. “I felt sorry for the people. Everyone froze when the explosion happened. We ran home.” home, people were seen carrying umbrellas for protection.

One factor that complicates any international relief effort is that Tonga so far it has managed to avoid any outbreak of COVID-19. Ardern said military personnel from New Zealand was fully vaccinated and willing to follow any protocol established by Tonga.

Dave Snider, tsunami warning coordinator for the National Tsunami Warning Center in Palmer, Alaska, said it was highly unusual for a volcanic eruption to affect an entire ocean basin, and the spectacle was both “humiliating and terrifying.”

The United States Geological Survey estimated that the eruption caused the equivalent of a magnitude 5.8 earthquake. Scientists said tsunamis generated by volcanoes rather than earthquakes are relatively rare.

Rachel Afeaki-Taumoepeau, who chairs New Zealand’s Tonga Business Council, said she expected the relatively low level of waves from the tsunami it would have allowed most people to get to safety, though he was concerned about those who lived on the islands closest to the volcano.

“We are praying that the damage is just to infrastructure and that people can get to higher ground,” he said.

The explosion of Hunga Tonga Hunga Ha’apai volcano, about 64 kilometers (40 miles) north of Nuku’alofa, it was the latest in a series of dramatic eruptions. In late 2014 and early 2015, eruptions created a small new island and disrupted international air travel to the Pacific archipelago for several days.

Earth imaging company Planet Labs PBC had observed the island in recent days after a new volcanic vent began erupting in late December. Satellite images showed how drastically the volcano had shaped the area, creating a growing island off Tonga.