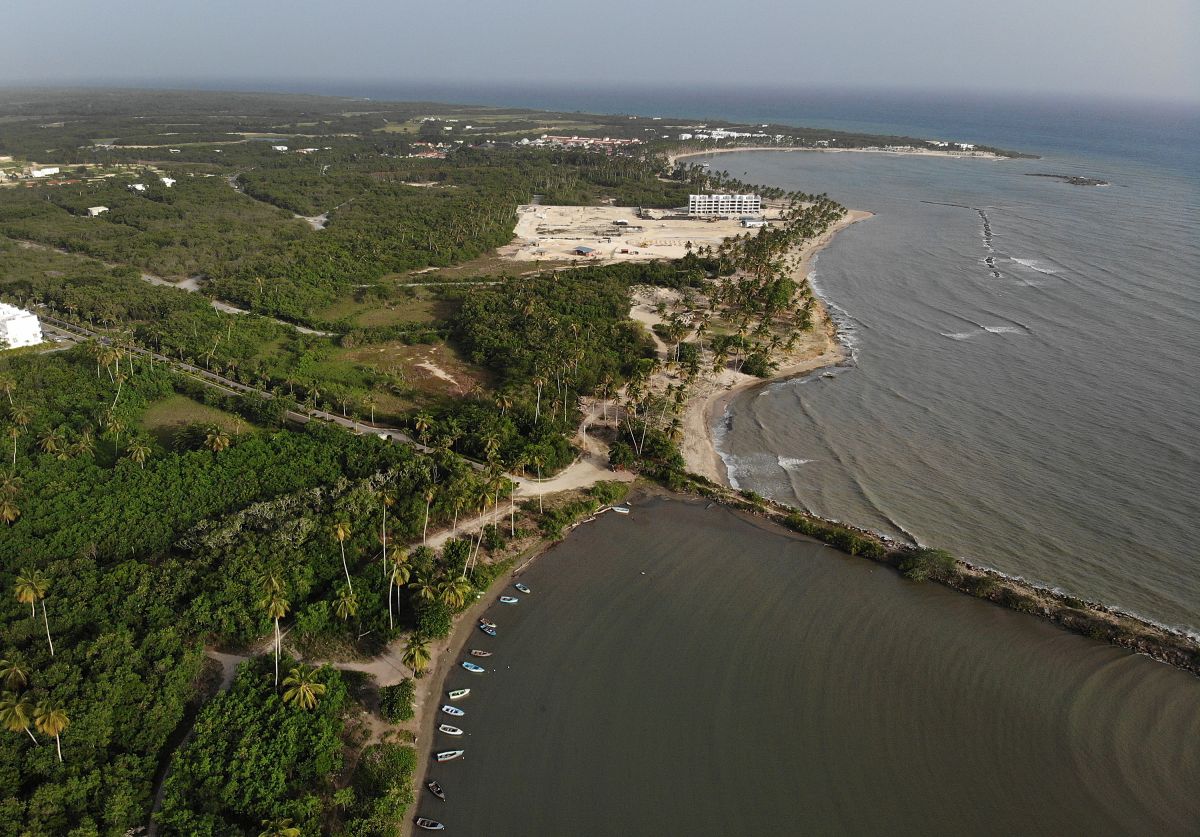 Aerial view of an area of La Romana, in the Dominican Republic – Photo: Joe Raedle/Getty Images

What was supposed to be a dream honeymoon in the Dominican Republic turned into the worst nightmare for an American couple.

Brianna London and Tom Wegs traveled to the Caribbean island from Puerto Rico, where they resided, to celebrate their marriage.

The foreigners, who lived in the town of Rincón, in western PR, had married a few days before.

They decided to celebrate the union in the Dominicus condo hotel area in La Romana.

One morning, during their stay, London, originally from Pennsylvania, got up to make coffee and an explosion occurred that left her with serious burns on her body.

“Then I heard a really loud ‘boom,’ so I jumped out of bed and ran to the door. She ran into the room and her shirt was on fire, ”Wegs told the journalistic program Rayos X, from Telemundo.

According to the man, he poured cold water on it to try to put out the flames.

Wegs kept recording with his cell phone with the intention of suing the condo hotel.

“So I went to record where the explosion happened, and the cabinets had fallen, and security was there. Then I turned to film Brianna. At the time her knees didn’t look that severe,” Wegs said.

The woman was taken to two different hospitals, but her clinical condition worsened and she died in the trauma center of the Ney Arias Lora Hospital.

On May 13, authorities said the explosion was caused by a gas leak, and Wegs was arrested on suspicion of murder.

The native of Colorado remains detained in the Higuey jail.

It is unclear what evidence authorities have to charge him with murder.

Michael Caldwell, a friend of Wegs who also lives in Rincón, said that what he knows about Wegs is his kindness.

“We called him a gentle giant, because he is physically big, but he has a good heart. He worked with various non-profits, and he was always helping out, happy to donate…” said Caldwell, owner of Caddys Calypso Cafe.

It may interest you: Tourists found dead in luxury resort rooms in the Bahamas had carbon monoxide poisoning