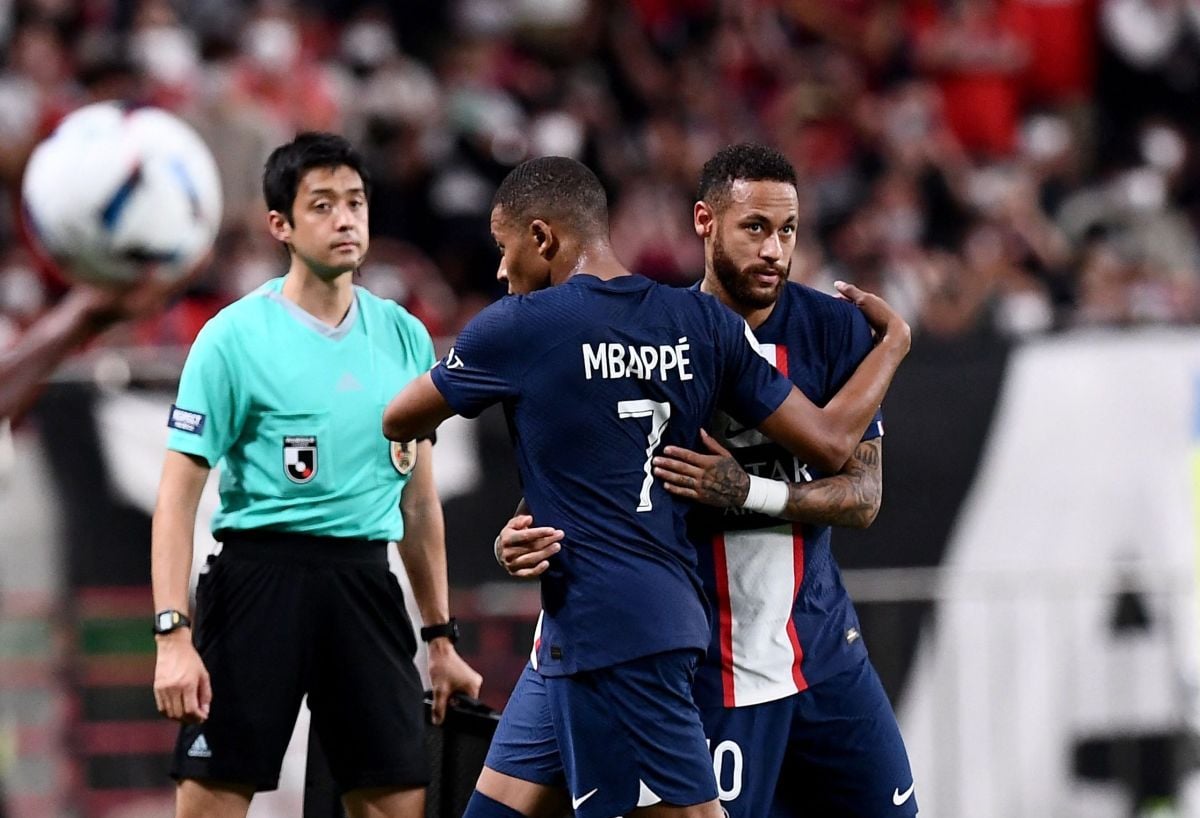 convulsedin this way the environment is perceived within the Paris Saint-Germain (PSG). While the team was leaving a good image with two victories in the first two days of Ligue 1, Neymar Jr. sparked controversy on social networks.

In the win (5-2) against Montpellier, the Brazilian crack was one of the great figures, scoring a double. When he was about to shoot a penalty, which in the end would be his first goal of the game, Kylian Mbappe approached to ask you to allow it to run the launch.

Nevertheless, Neymar rejected the request of his companion, and he himself was in charge of converting from the 12 steps. It is worth noting that Mbappé, who shook the networks for 70 minutes, he had already missed a penalty during the first halfwhen the score was 0-0.

In this sense, Twitter users complained that Kylian, by imposition, was in charge of collecting penalties and not Neymar. In this sense, the Brazilian agreed.

“Now it’s official. Mbappé is the one who takes penalties at PSG. Clearly this is a matter of contract; because, in no club in the world that has him, Neymar would be the second collector, none! It seems that Mbappé owns PSG because of the contract.” indicated the user @Neymargiabr, with two angry emojis. Subsequently, the former Barcelona player gave him a Like.

Neymar, likewise, gave him a Like to the tweet he published @portalbrasilfut: “Today, in the PSG match, Neymar scored and HUMILIATED the goalkeeper (once again) in the penalty kick. Mbappé, on the other hand, hit VERY badly and missed it. After the game, the coach said that Mbappé will be the team’s main kicker for the season. It’s stupid!”.

“The best penalty taker in the world has a first and last name: Neymar da Silva Santos Júnior. Respect my 10, ok?”, said the user @neymarjrafera__to which the 30-year-old midfielder reacted with a Like.

This, in fact, was not the only Mbappé controversy against Montpellier. As PSG led 2-0, Vitinha led a counterattack in which preferred to combine with Lionel Messi. This did not please Kylian, who he swatted against the air and the play was disregarded.

You can also read:
– Neymar’s ugly gesture: he “ignores” Mbappé during training and prefers to stay with Messi [Video]
– They affirm that Mauro Icardi and Wanda Nara have intimate relationships “up to 12 times a day”
– They say that Lionel Messi’s Chilean is a “cheap copy” of the one made by Cristiano Ronaldo
– Sergio Ramos’ wife “conquers” her friend Antonela Rocuzzo with a risque video