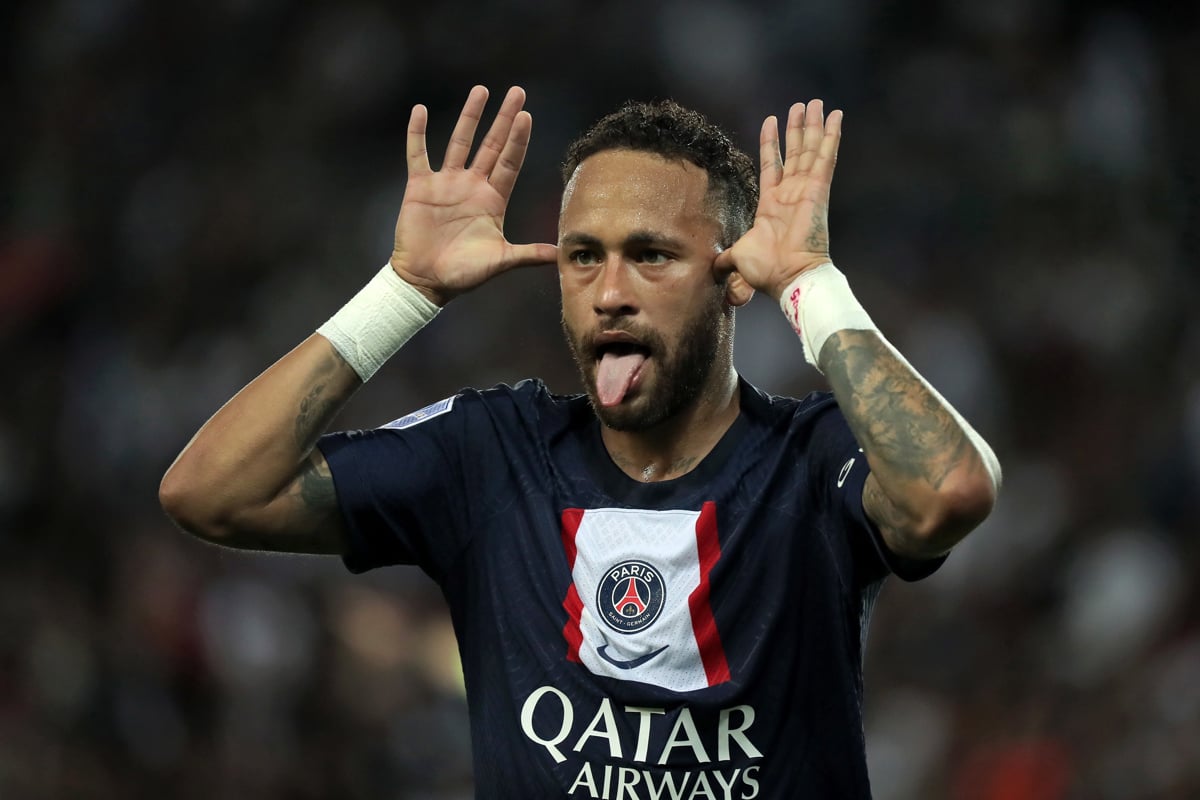 In the first two dates of Ligue 1, the great star of PSG and French football has been the Brazilian Neymar Jr. This Saturday he dispatched with a double against Montpellier in the 5-2 win at the Parc des Princes.

Against Clermont, in the debut, Neymar put three assists on goal and scored one to be the great standout. Several days later he confirmed that his current status with Christophe Galtier’s team is on another level by scoring a double.

His first goal was at 42′ from the penalty spot. He charged it safely and calmly to put the partial 2-0.

Now Neymar plays at the double point with Kylian Mbappé and Lionel Messi further back in a 3-4-1-2 system. Galtier has found the perfect balance in the team for now because he has two lanes like Hakimi and Nuno Mendes that allows him to play with a line of three: Ramos, Marquinhos and Kimpembe.

The Brazilian’s second goal came at 51′ to make it 3-0, after a center deflected to the right by Hakimi. Ney then celebrated with Stephen Curry’s famous “night, night.” In this way, he started the campaign with three assists and three goals so far in Ligue 1.

Another of the uncomfortable moments of the night was in a counterattack led by Vitinha, Mbappé asked for it and when he did not receive it, he stopped running in action.

Referee: Willy Delajod. He showed a yellow card to Kimpembe and Vitinha for Paris Saint-Germain; and Wahi for Montpellier.

Incidents: Match corresponding to the second day of the French League played at the Parc des Princes in Paris.

You might also be interested in:
– Rayo Vallecano gave a first slap to the illusion generated by Xavi’s new FC Barcelona
– Kylian Mbappé flails and throws a tantrum because a teammate prefers to play with Lionel Messi [Video]
– Butter Hands: David De Gea starred in the blooper of the year in Manchester United’s catastrophic defeat [Video]