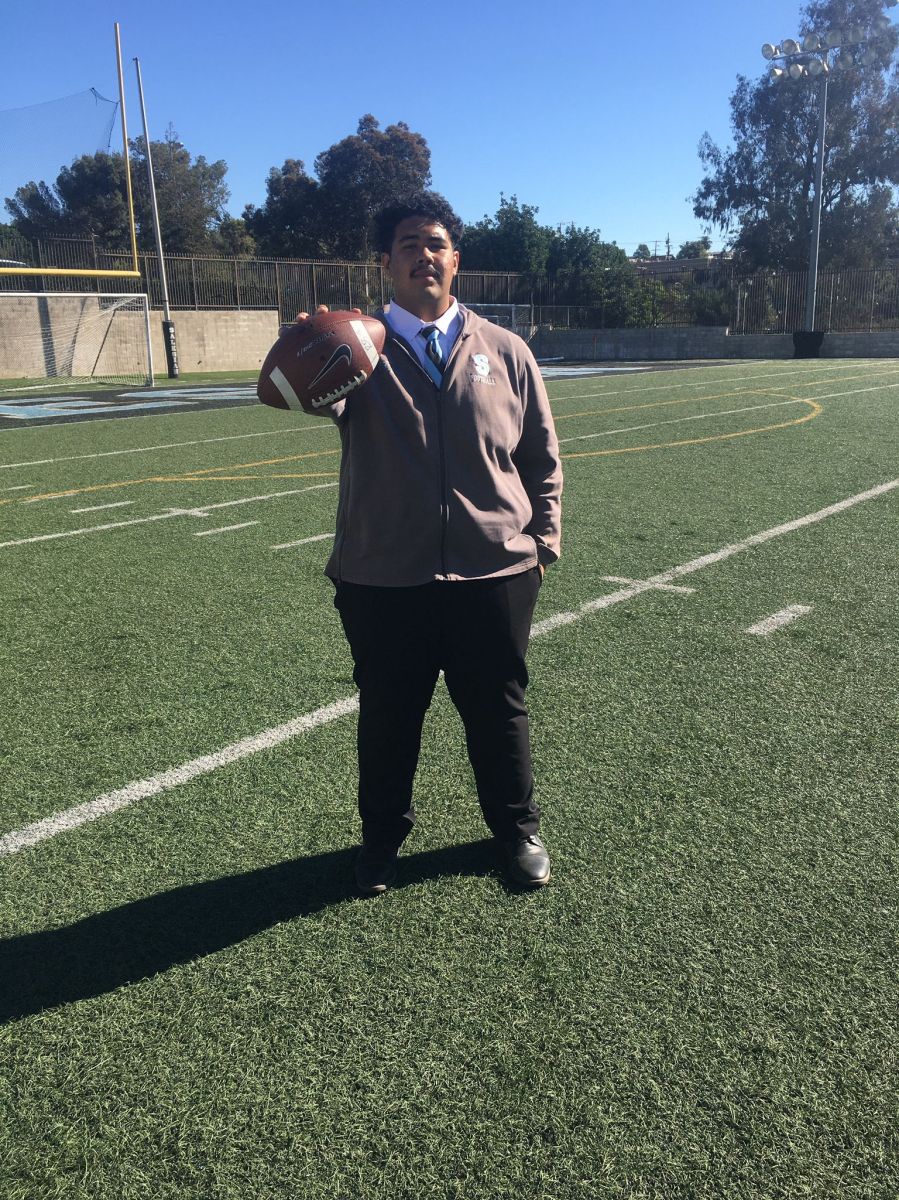 Students and staff at Bishop Mora Salesian High School in Boyle Heights are counting down the days until this Saturday, February 12, their school will host the 2022 Play Football Festival, a community family event leading up to Super Bowl LVI 2022.

The National Football League (NFL)-sponsored event is expected to draw hundreds of people, including at least 500 student-athletes ready to showcase their football and personal skills through football clinics, a New Era youth pro camp Cap, an NFL FLAG skills and drills station.

One of the eager students is Jeffrey Perez, 16, who has been playing football for three years and plans to continue playing at the college level.

The 11th grader said he found a passion for football as a child and watched a Super Bowl final at home that caught his eye.

This was shocking to his parents who are from El Salvador and were not fans of America’s favorite sport.

When Perez, a Westlake-area resident, started attending high school, he decided to sign up for the football team. Although his parents were initially hesitant to allow him to play as it was considered a brutal sport, they eventually agreed.

“My mom told me that I had to take care of myself,” Pérez said.

From a very young age, Pérez has been a student with good grades. Being part of his high school football team was not a hindrance to his school activities and he has maintained a 4.2 GPA.

This put him on the radar of renowned schools like Salesian High School. Pérez had applied for him to attend that high school, which is a private Catholic boys’ school in Boyle Heights. However, to attend, if he was accepted, he had to have the budget to pay tuition or obtain a scholarship.

Adrián López, assistant principal of the school and administrator of students arriving or transferring to the school, saw his application and decided to interview him and his parents. He was impressed with the teenager’s perseverance and last year offered him a scholarship to attend school starting in 11th grade.

Pérez said that he is very motivated to show his potential as a player as well as as a student. His dream is to go to UC Berkeley to study computer science and become a role model for his two younger brothers.

The Mustangs, as the Salesian High School football team is known, have 80 players, all willing to give their best in every game. They are proud that the NFL in its search for local schools to host a pre-Super Bowl family festival has chosen their school.

“I am very excited to learn that Los Angeles is the host of the Super Bowl and our school of the event [familiar]”, Perez said.

Anthony Atkins, the team’s coach, said the students are honored, adding that the NFL is made up of approximately 98% players of color and this gives the students motivation that they could be the next star player.

Atkins is proud to say that in the past he coached players who eventually became part of the San Francisco 49ers and Las Vegas Raiders.

“Here we teach them to play as a team, they have to play for the person next to them and they have to know that their rock is their team,” Atkins said.

Roman Oben, vice president of football development for the NFL, said in a statement that they are excited to host the 2022 Play Football Festival in East Los Angeles.

He added that the activities for the weekend hope to offer valuable life lessons for young people to learn the essentials of football from current and former NFL players, coaches and coaches.

“We are dedicated to our high school and youth soccer communities, fans and coaches. We are excited to provide memorable experiences that they will remember forever,” said Oben.

Along with fun soccer-related activities, the 2022 Play Football Family Festival aims to bring the high school and youth soccer communities together, spark positive conversations centered around the values ​​of the game, and highlight women’s soccer.

Additionally there will be a parent forum, breakout sessions and activations from both the Los Angeles Chargers and Los Angeles Rams.

There will also be an autograph session with NFL legends and team props. The festival will be open to football fans of all ages and is free.