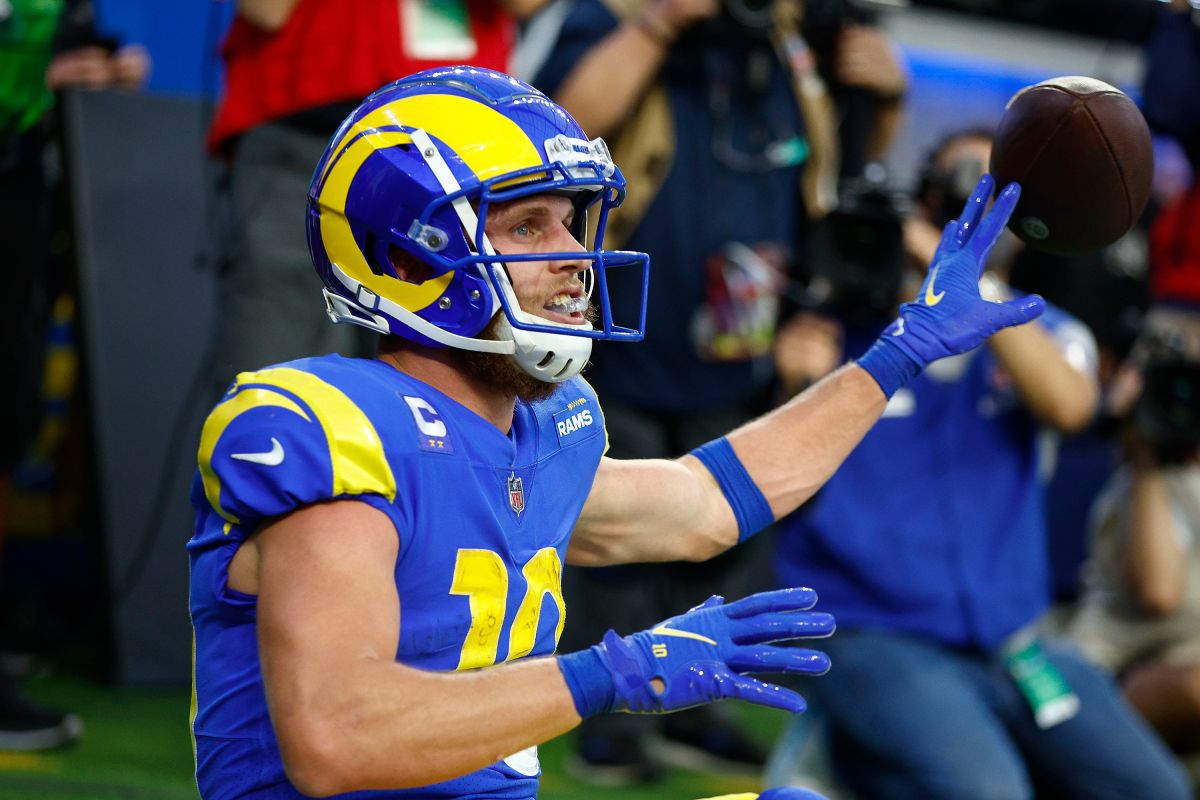 Los Angeles Rams have in your receiver Cooper Kupp, triple crown winnerthe most decisive player of the season to beat the Cincinnati Bengals at superbowl LVI next Sunday.

The wide receiver comes into the NFL championship matchup in his prime. At 28 years old he became in this campaign in the fourth catcher in history to win the so-called triple crown as the leader in receptions, 145; yards, 1,947; and annotations, 16.

Kupp he joined legends like Jerry Rice, considered the best receiver in the history of the NFL, who got it in 1990 with the 49ers; Sterling Sharpe, who did it in 1992 with the Packers; and to the player of the Panthers, Steve Smith, 2005.

Rams coach Sean McVay acknowledged a couple of weeks ago that without the influence of the owner of jersey number 10 the Rams would not have made it to the Super Bowl.

“He is just a special player, he has competitive greatness; with him there are only great catches, after great catches. He is competing in the running game. Does many things. We would have no chance of being here today without Cooper,” McVay agreed.

Much of the offensive repertoire that Los Angeles quarterback Matthew Stafford has, passes through the hands of Cooper Kupp. Among the nine receivers who caught a touchdown pass for the Rams in the regular season and postseason, the Yakima, Washington, native caught 20, to only six by Odell Beckham and Van Jefferson, and five by Tyler Higbee, who followed him in TD .

In addition to leading the league in receiving yards, touchdowns and receptions, Kupp was the best in yards gained after the reception with 846in the number of first downs that his receptions generated with 89, in addition to not suffering any fumbles.

His numbers propelled the Rams’ passing offense to be fifth in the NFL.; a fact that contrasts with the strength of his rushing attack, number 25 among 32 teams, and thirtieth in rushing goals with 10.

Cooper Kupp came to the Los Angeles Rams in the third round of the 2017 Draft and immediately showed his potential alongside then-time quarterback Jared Goff. In his first season he had 869 yards and five touchdowns.

The road to playing his first Super Bowl was stopped by an anterior cruciate ligament injury in 2018. The NFL championship game was lost by the Rams against the Patriots 13-3 without the offensive contribution of the receiver.

The $4.5 million mega bet that the Bengals will win the Super Bowl