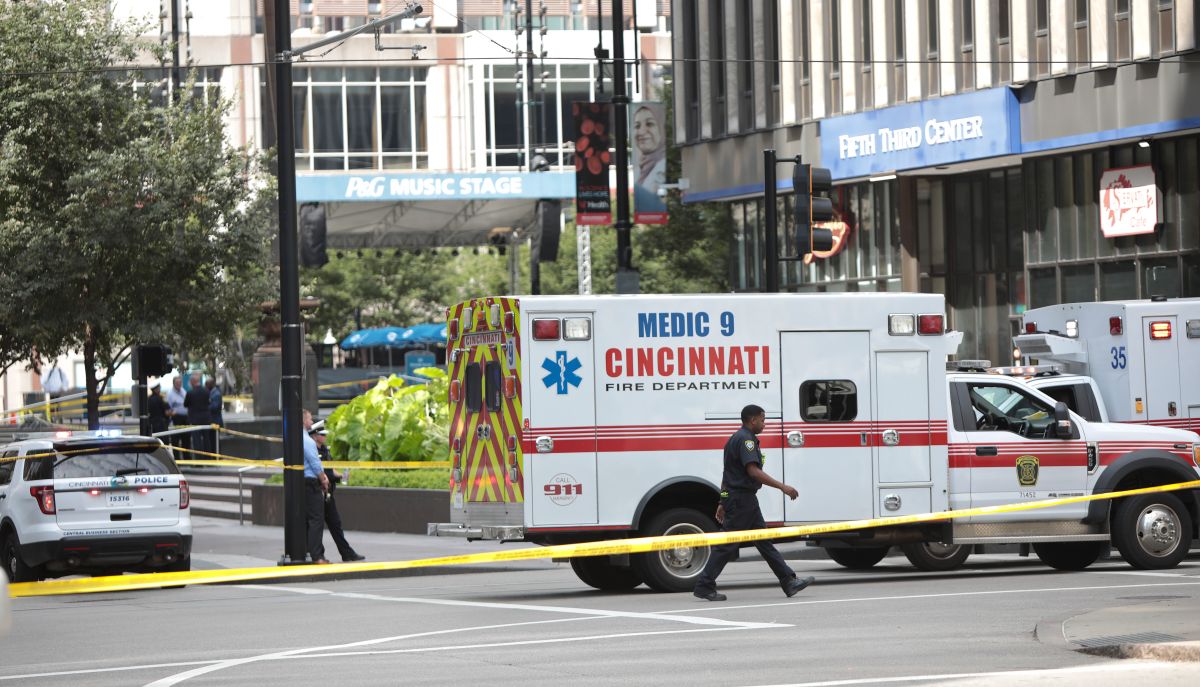 A shooting at a nightspot near downtown Cincinnati, Ohio, left nine injured on Sunday.prompting a search for at least two suspects, police said.

The events occurred as a result of an altercation between two groups of people around 2:00 am in the bar Mr. Pitiful’s and between 15 and 20 shots were fired, reported Lieutenant Colonel Mike John, reported USA Today.

Eight men and one woman were injured in the incident, all of whom were taken to the University of Cincinnati Medical Center and released shortly thereafter. None of those shot is in critical condition.hospital spokeswoman Heather Chura Smith said.

Officers saw two suspects shoot each other. An officer shot a fleeing suspect, who was described as a man in a white shirt and dark pants. It has not been determined if the subject was reached by the authorities.

The police department’s Civil Disturbance Response Team dispersed the crowd outside the bar to clear the area for emergency medical teams to access and treat the injured.

“Most of these injuries are in the lower extremities”John specified. “We had officers apply tourniquets at the scene.”

“The armed violence that we are seeing is not the armed violence of the past that was concentrated around drug trafficking“Purval stressed at a press conference. “We need the support of the community and citizens of Cincinnati to realize this is a devastating trend and work with us to resolve differences without shooting.”

You may also like:
• Shooting left one dead and one injured in urbanization of Puerto Rico
• Man is wanted by the police after spraying gasoline on two Hispanics for speaking Spanish in Colorado
• Autopsy reveals victims of triple murder-suicide in Iowa were shot, stabbed and strangled