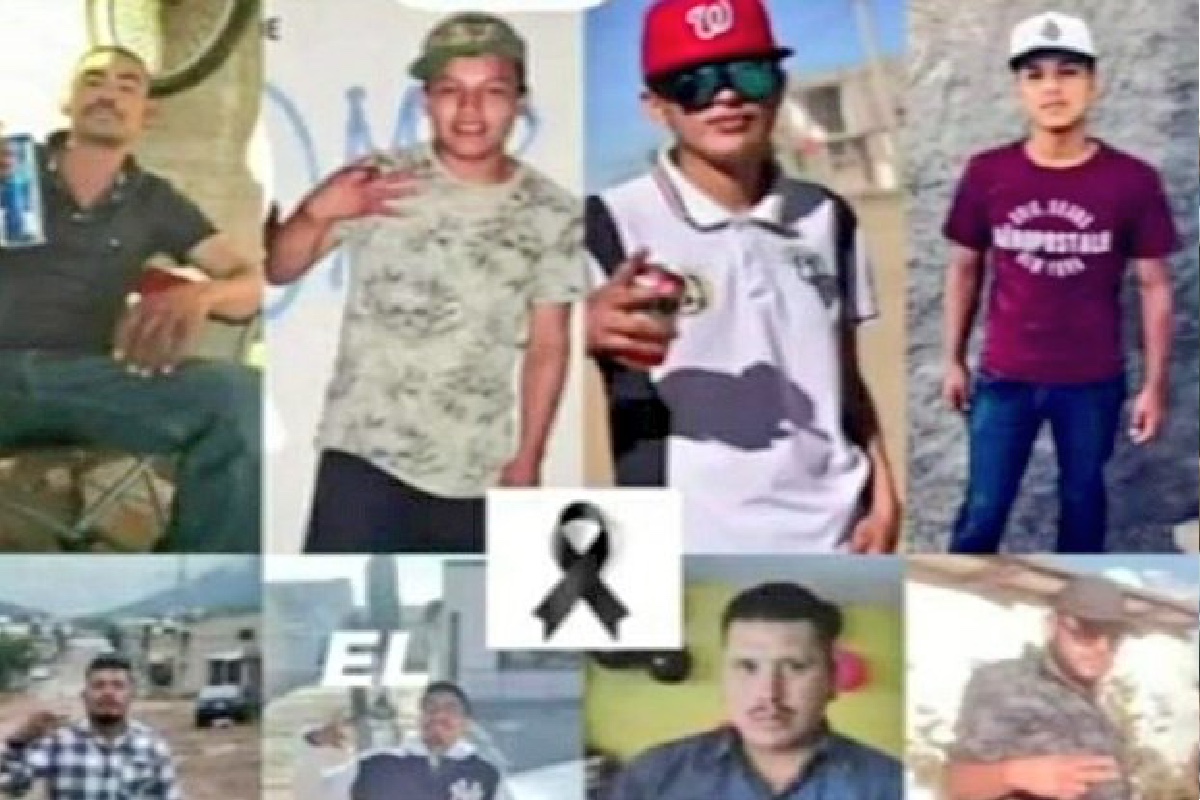 A command executed nine people, several of them just a few youngsters between 18 and 38 years old, when they were at a party in a house in the municipality of Cuauhtémoc in the border state of Chihuahua on Mexico.

The State Attorney General’s Office and the Municipal Police reported that the victims, between 18 and 38 years of age, were left dead in the courtyard of the home located on 9th Street, between the Jalisco and Nayarit from the Periodistas neighborhood.

he was seriously injured. The attack is attributed to the cell of the “naked”.

More than 60 shell casings were found at the crime scene. (Goat horns and weapons for the exclusive use of the army).

-Read more: Beauty queen and drug dealer who died with a gun in hand // VIDEO: Hitmen are filmed when they murder a young girl

All the victims presented firearm shots. According to the authorities in the same events, another man was injured.

Police reports indicate that men prepared a discada (a dish consisting of a mixture of various types of meat which is very popular in northern Mexico) and drank drinks when they were attacked by at least 10 subjects carrying long weapons and traveling in about three vehicles in broad daylight.

“(…) They went to the backyard where they shot at those present,” reported the State Attorney General of the Western Zone District, according to information obtained from witnesses.

At the scene, several percussion shells of 7 caliber firearms were found. 62 x 39 millimeters.

The bodies were transferred to the facilities of the Forensic Medical Service to perform the autopsy of the Law and their identification.