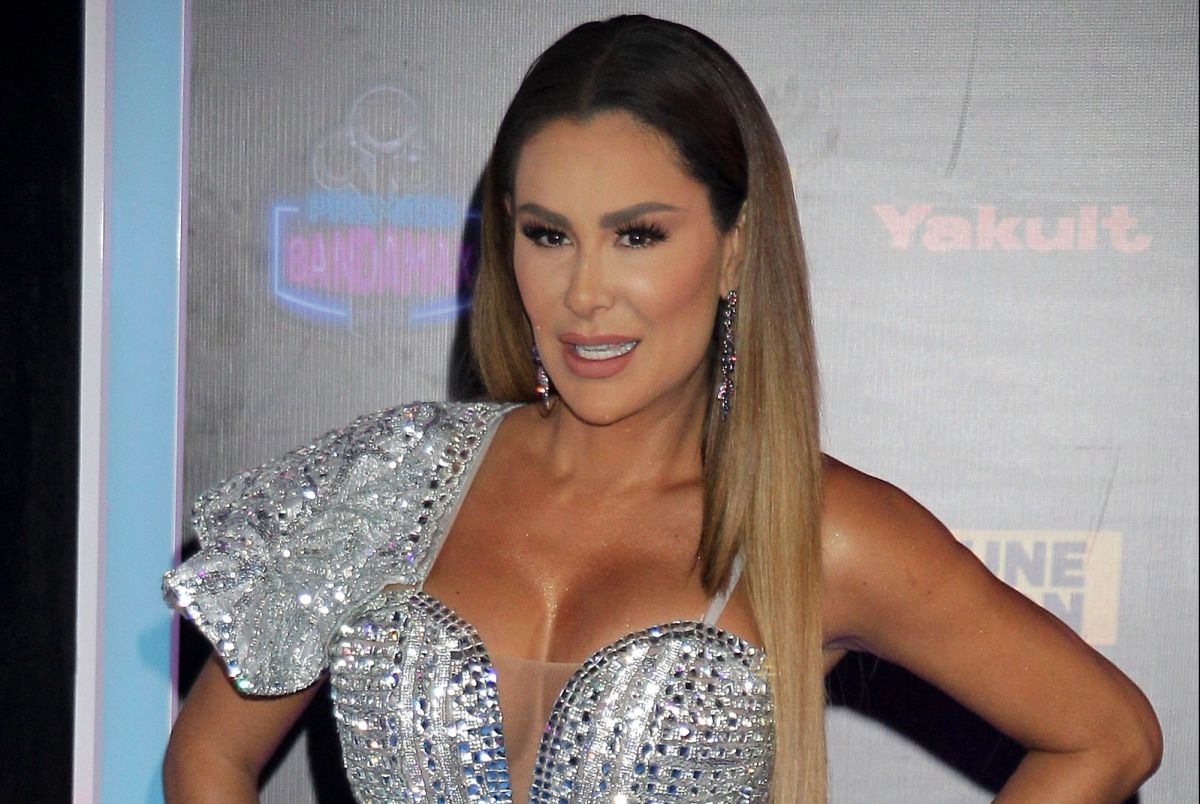 Ninel Conde’s love life, who always hangs out with the law, plays him a new chapter of nightmare. Her husband, Larry Ramos, cuts off his shackle and runs from the law...

Not only that, he left ‘Bombón Asesino’ locked in the apartment with the shackle alarm sounding for the police to appear immediatelyor … What happened when the officers arrived? Ninel received them in a sea of ​​tears to the cry of “I am not your accomplice“.

If you thought it was the character of his next novel or the story of his next music video, well we confirm that no, it is not fiction, but real life.

Larry Ramos, who, as we told you, was under house arrest or parole in Miami, under investigation for allegedly defrauding more than 200 victims, including singer Alejandra Guzmán and her former managers, for a total of $ 22 million, I had an appointment with the judge today for a new cause, the one brought up by his former partner, JoI know Norland Moncada, for extortion.

We met this Nicaraguan businessman a few days ago when was interviewed in ‘Chisme No Like’, by Javier Ceriani and Elisa Beristain, let’s remember thateu journalists have been showing evidence of Ramos’s crimes for more than a year, even before he was arrested.

Moncada explained on the Youtube show, that Larry had contacted him to offer to wash $ 350,000., pretending that it was a debt that the businessman had with Ninel’s husband and he sent it to him so that he could deliver it to him.

José Norland told Ceriani that he decided to indict him at the FBI and file a case in Miami for extortion.… Larry was supposed to appear before the judge today. Had he done so, it is estimated that he would have been arrested for committing a alleged crime that leaves you without the privilege of parole.

“The FBI calls me at noon to tell me that Larry Ramos had removed his shackle and was on the run“, The Nicaraguan businessman told ‘El Gordo y la Flaca’, confirming the news.

Similarly, he assured that the FBI had sent to guard his children’s apartment and he had been sent to a hotel to preserve your life.

Although Raúl de Molina laughed and he told him that if he was a fugitive, why would he go looking for him, Moncada explained that he knew Ramos and his imbalances well, your mental and anxiety problems and what you might be able to do if you were not on medication.

Where is Ninel Conde?… It is the big question, considering that everything that from the beginning said ‘Gossip No Like’ and then other shows resumed, it was true.

“The same authorities inform me that Mrs. Ninel Conde was with him, and is still in that apartment… He is medicated for anxiety issues, when he is not medicating he screams a lot, he does not have control of himself ”, Ramos’s former friend confirmed to ‘El Gordo y la Flaca’.

The truth is that, so far Ninel has not been charged or detained and Larry Ramos remains a fugitive from the law and his whereabouts are uncertain, although many wonder, who or who were his accomplices so that he could flee?