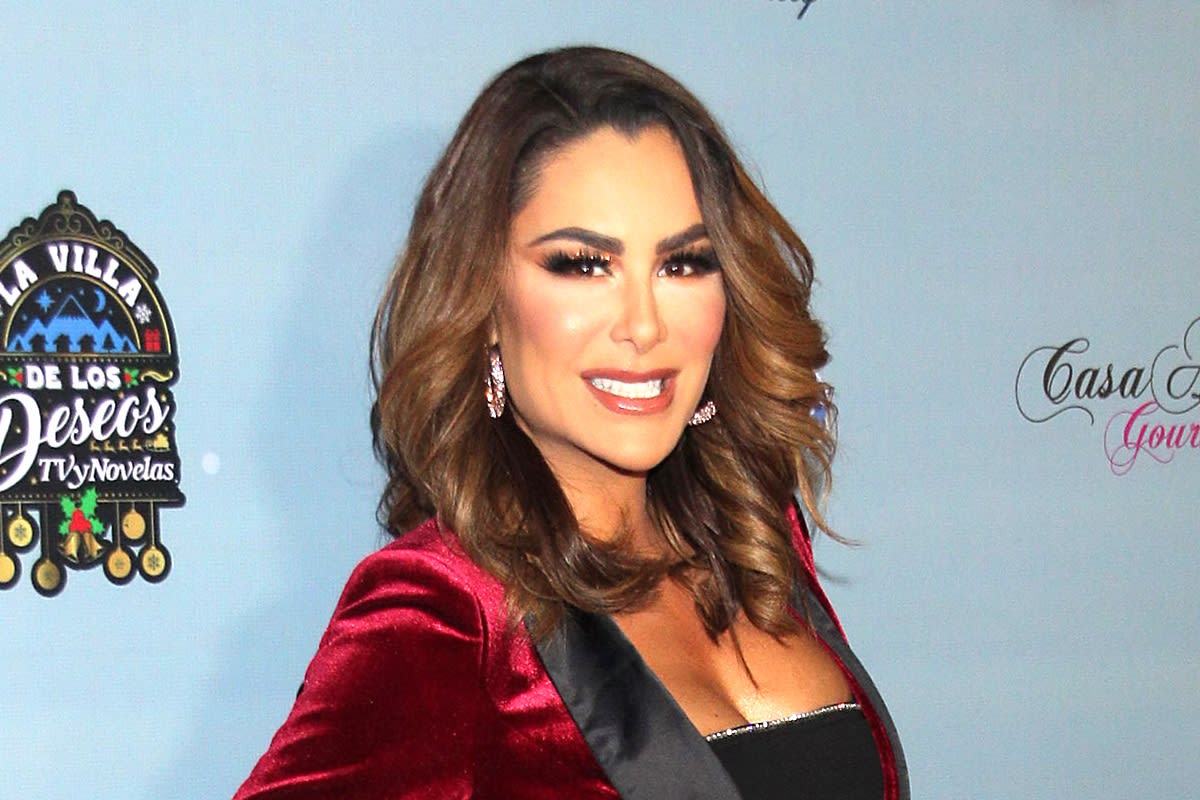 “It moved a large amount of money”: It is revealed that after the escape of her husband, the Colombian businessman Larry Ramos, Ninel Conde ‘moved’ several thousand dollars for one of his many companies, where even the former partner of Chiquis Rivera, the singer Lorenzo Méndez, what is really happening?

It was a few days ago when it became known that Ninel Conde’s husband, Larry Ramos, had removed the shackle that the police had put on him so that he would not escape from his house arrest in Miami, after he was accused of money laundering. money, after this, the Colombian left everything behind, including the Mexican, who later confessed that she was very sad.

After the escape of her husband, Ninel Conde ‘moves’ thousands of dollars

However, no one imagined that Bombón Asesino, after her husband’s escape, would begin to move several thousand dollars from her account, being quite large amounts, and that is that according to entertainment journalists, Javier Ceriani and Elisa Beristain , the Mexican singer, Ninel Conde would make several transfers from the Miami airport.

At the bottom of the video, where both drivers explained what was happening, the following could be read. leaving many followers quite dismayed, since as mentioned, it was not long ago when the singer was devastated by what was happening in her private life and with her husband: “There is no escape, the” Bombón Asesino “had many opportunities to get rid of #LarryRamos, but greed and ambition won out. “

“The singer made transfers recently”; After the escape of her husband, Ninel Conde ‘moves’ thousands of dollars

Later, the @chismenolike account concluded its message arguing that they knew where Nel Conde’s money was, in addition to stating that he had recently made transfers at the Miami airport, something that undoubtedly attracted the public’s attention: “We know the #Ninel’s whereabouts and also where is her money, the singer made transfers with very large amounts at the #Miami airport, but why? “.

Not without first commenting that Bombón Asesino created several corporations to possibly interfere with more people: “Also, has Larry Ramos’ partner created corporations interfering with his family and friends to launder money?” Javier and Elisa.

“Transferred the same amount several times”; After the escape of her husband, Ninel Conde ‘moves’ thousands of dollars

At the beginning of the video, where you can see the alleged transfers of Ninel Conde, the journalist Javier Ceriani commented: “Ladies and gentlemen, firstly, a corporation that was opened on May 4, 2021, this year, almost 700 thousand were deposited dollars, in a bank account that appears with the address of Larry Ramos’ department ”.

After this, Elisa Beristain commented that this movement was detected because it was a fairly large sum of money: “We detected this movement because it transfers large amounts today, and the same amount three times.”

She opened a new corporation this year: After the escape of her husband, Ninel Conde ‘moves’ thousands of dollars

To the surprise of many, the Argentine journalist, Javier Ceriani commented that another similar transfer had been made from the Miami airport: “(Ninel Conde) He made a bank transfer at the Miami International Airport, now he is taking a flight but we do not know where “, and ended by talking about this new corporation that the singer opened in May of this year.

Faced with these statements, Elisa Beristain complemented again stating that the deposit of that day was of the same amount as on other occasions: “What today (September 10) an hour ago, Ninel with equal deposits three times, now moves funds, “concluded the entertainment journalist.

Lorenzo Méndez involved ?; After the escape of her husband, Ninel Conde ‘moves’ thousands of dollars

To finish off with these statements, Javier Ceriani brought out several personalities from the entertainment world, which were possibly involved in these transfers that Ninel Conde had made these days, in the case of Chiquis Rivera’s ex-husband, singer Lorenzo Méndez : “But these transfers where Lorenzo Méndez also appears,” he concluded in the video.

After these arguments, quickly various followers of the Gossip No Like account arrived, throwing things at Ninel Conde’s face without any fear: “And then she goes on saying that she did not know anything, when she knew absolutely everything from the beginning”, commented a follower, after the singer affirmed on social networks that she was devastated.

“Lorenzo is also laundering money”; They accuse the ex of Chiquis Rivera

Another follower said that even Lorenzo Méndez, singer and ex-partner of Chiquis Rivera also laundered money: “She is washing the dollars and Lorenzo too, what a laundry”, “It was always known that Ninel never took a step without a huarache”, “It is that she doesn’t learn anything ”. “Wow, and they thought her silly”, “That the FBI also interviewed Lorenzo Méndez, Ninel Conde is in El Paso.”

It should be noted that it was not long ago when Lorenzo Méndez and Ninel had their first professional meeting after they confessed that they were going to release a new song, since that time, the singer has been seen commenting on the publications of the Bombón Asesino, as well as the The last time Ninel said through social networks that she was devastated by the recent accusations against her. VIDEO HERE

They confirm that Larry Ramos, husband of Ninel Conde, took off his shackle and escaped

Larry Ramos, who is the husband of Ninel Conde, escaped on the afternoon of September 1. The man decided to remove the shackle that was imposed by the Miami judge and fled the condominium where he was living; the media have reported that Ninel Conde does not know where her husband is.

After the possibility that the man escaped from the authorities was revealed, it is mentioned that the FBI and local police are already in search of the man, who will have serious problems with the law, if he is tracked down.

He ran away from the authorities

It was revealed that Larry Ramos, Ninel Conde’s husband, had escaped from the authorities who were going to transfer him to a prison after his house arrest sentence was revoked; the fear was greater and he decided to cut the shackle on his ankle. Filed Under: After her husband’s escape, Ninel Conde ‘moves’ thousands of dollars

It was the ‘Suelta la sopa’ program, who mentioned the escape of the husband of the ‘Bombón Asesino’, who was reported as a witness to the escape. According to what the media have mentioned, the woman was in the apartment where Larry Ramos escaped and did not see the moment when he left.

According to the show program ‘Drop the soup’, the man would have run away from home, not caring that his wife was present and that he got her into a lot of trouble. At first this version of what had happened with Larry Ramos was not considered, since the locator on his ankle was the one that alerted the authorities if it was removed for what was considered a single rumor.

“LAST MINUTE: We have just been informed that Larry Ramos, Ninel Conde’s partner, cut off his shackle and fled. All the details right now only in Suelta la Sopa ”, he mentioned the program at the bottom of the video that they shared with the followers of said program, where they gave the exclusive of what was happening with the man. Filed Under: After her husband’s escape, Ninel Conde ‘moves’ thousands of dollars

In the video, it is the journalist Alex Rodríguez who mentions the shocking news. He assured that he spoke with the Miami authorities, who did not hesitate to confirm the version of the events that occurred with Ninel Conde’s husband, in addition to ensuring that the actress and singer was in the apartment at the time of the escape. Filed Under: After her husband’s escape, Ninel Conde ‘moves’ thousands of dollars

“Attention, companions. It is confirmed, the court has just told us that Larry Ramos has fled, that he cut his shackles this morning and that at the moment the FBI and the Miami police are looking for him throughout the country. of all the rumors that arose in the day about Ramos’s alleged escape.