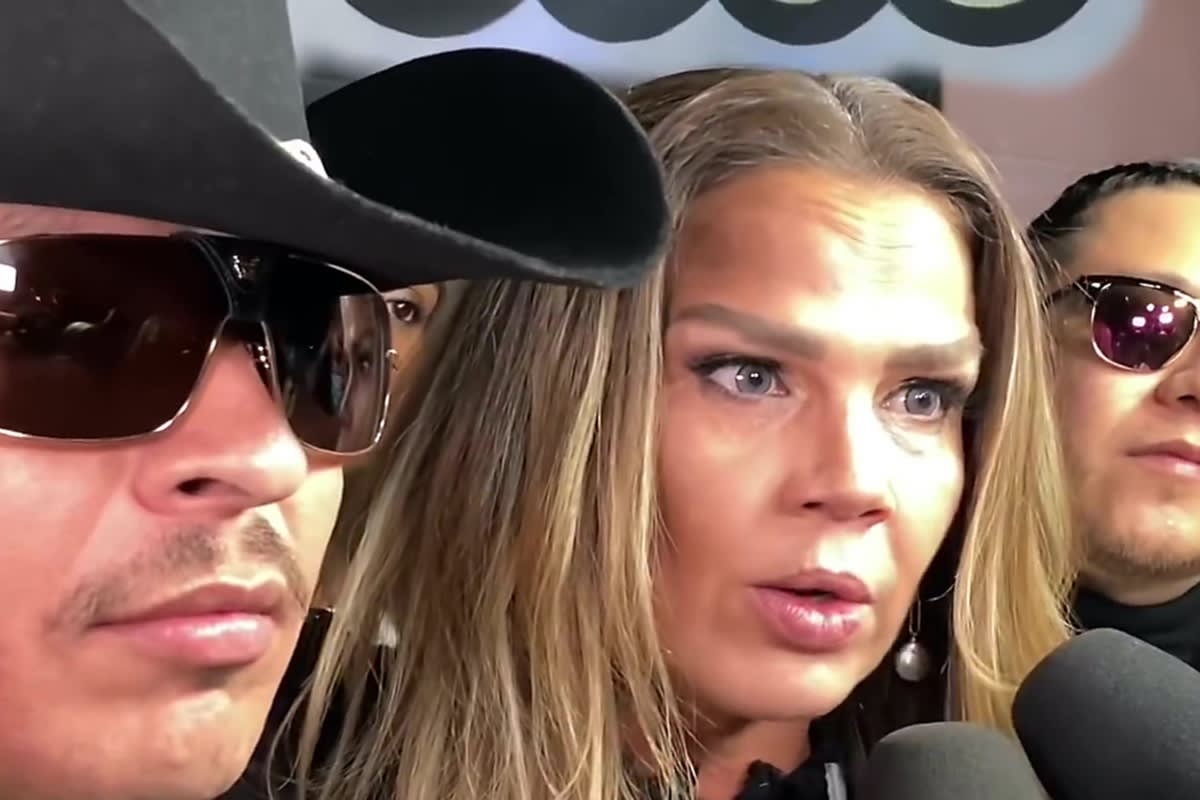 Love has no age. After the ‘relationship’ she had with the singer Marko Peña and her fleeting romance with the physical trainer Reey Montaño, the Cuban dancer and singer Niurka introduces her boyfriend 20 years her junior for the first time.

Captured upon arrival at the Mexico City International Airport, the couple spoke to the different media that approached them. The star had no qualms about telling 31-year-old Raúl Palma González that she could have “given birth” to him.

Niurka and her new boyfriend

They tell Niurka that she looks “super happy”

Followers of the program El Gordo y La Flaca, who shared this video where Niurka introduced her boyfriend 20 years her junior for the first time, did not let much time pass to express their views: “She looks super happy and that’s what okay”.

“He is only after his money”, “How handsome is your boyfriend, Niurka Marcos, enjoy your relationship a lot”, “Women also have the right to be with young people”, “Ridiculous, to take away what little he may have”, can be read in more comments.

“I thought it was his grandson”

Both positive and negative comments for the Cuban dancer and singer Niurka seemed to have no end: “I thought it was her grandson”, “Why aren’t men who date much younger women questioned the same?”, “Niurka se give the tastes you want ”.

Finally, one person expressed himself in the following way in support of the famous star based in Mexico: “I love Niurka. He is eating fresh meat! Totally in your favor! She does very well. You only live once, to enjoy the ballot (TO SEE THE VIDEO CLICK HERE).

“And whoever itches, scratch himself”

It was on September 18 that, without going into more details, Niurka had introduced her boyfriend, Raúl Palma González, 31 years old, and that on his Instagram account, which is private, he has little more to date of 1,400 followers.

Days later, and very much in her style, the star uploaded a series of images with her boyfriend: “Hastash, and whoever itches to scratch”, which caused all kinds of reactions among his followers, one of them, the reporter Sebastián Reséndiz, who confessed that he loved seeing her happy.

It seems that he is serious

In one of her most recent publications on her social networks, the Cuban dancer and singer appears accompanied by her boyfriend 20 years her junior and a couple of friends: “The before and after the party. Enjoying the night, “he said.

Many people still place Niurka as a partner of producer Juan Osorio, while others do not forget the passionate relationship with Bobby Larios. What is a fact is that today the Cuban woman looks radiant and very in love.

Bobby Larios and Niurka’s daughter love each other

Bobby Larios and Romina Marcos, Niurka’s daughter, will meet again on the reality show Inseparables. Each one with their respective partners commented that during this show they lived a very special moment, as they saw each other again after many years, since the actor was the boyfriend of the young influencer’s mother.

“The truth is that it was a love that I removed, it was reborn, it started from scratch, I will not tell you more, you must see that moment, you will like it very much,” said Romina Marcos at a press conference. The young woman has impressed with her radical change of look.

“It was very magical, mixed feelings, seeing her after many years, seeing her become a woman, I’m excited to see her, talk, they have to watch the program to see all the love and affection that there was,” added Larios, who is remembered for having been Niurka’s boyfriend.

Inseparables, a program that premiered on September 20 on Channel 5 at 8:00 p.m., will last 43 episodes of 2 hours each, in which several couples will compete in physical and mental tests; famous among the famous include Brenda Zambrano and Guty, Carlos Trejo and Mery, Wanders and Radamés, among others.

It was last July that the Cuban dancer and singer Niurka Marcos expressed herself in the following way through her social networks: “Let’s help in any way we can, let’s show them that they are not alone and together let’s change the destiny of my people.

The foregoing to join the protest of Cuban citizens, who spoke out against the government due to the restrictions in the face of Covid-19 and the economic crisis. Celebrities such as Ricky Martin, Julieta Venegas and Daniela Romo, among others, made their own on their social networks, after the government refused to accept aid against the worst health crisis that is being experienced in Cuba (With information from Agencia Reforma ).

As mentioned above, Niurka was born in Havana, Cuba, on November 25, 1967. She is the daughter of Carmelo Marcos and Celeste Calle. She studied four years at the National Circus School of Cuba and left her country to go to Mexico, where she worked as a dancer at the Tropicana nightclub in Mérida, Yucatán.

It was in this city where she became a television host, and as an interviewer, she met producer Juan Osorio, who made her part of the cast of the soap opera Vivo por Elena. Later, they began a relationship, procreating their third son, Emilio.

Niurka participated in the play Aventurera, directed by Carmen Salinas, with which she gained great popularity in Mexico. At the same time, he was also part of soap operas such as I will never forget you, Three women and Salomé. She separated from Juan Osorio in 2003 for having started a relationship with Bobby Larios.

He met Bobby at the recordings of Velo de novia, a telenovela produced by his hitherto partner. Together, the star and Bobby were nicknamed “the scandal couple.” Currently, she has a relationship with Raúl Palma González, 31 years old.