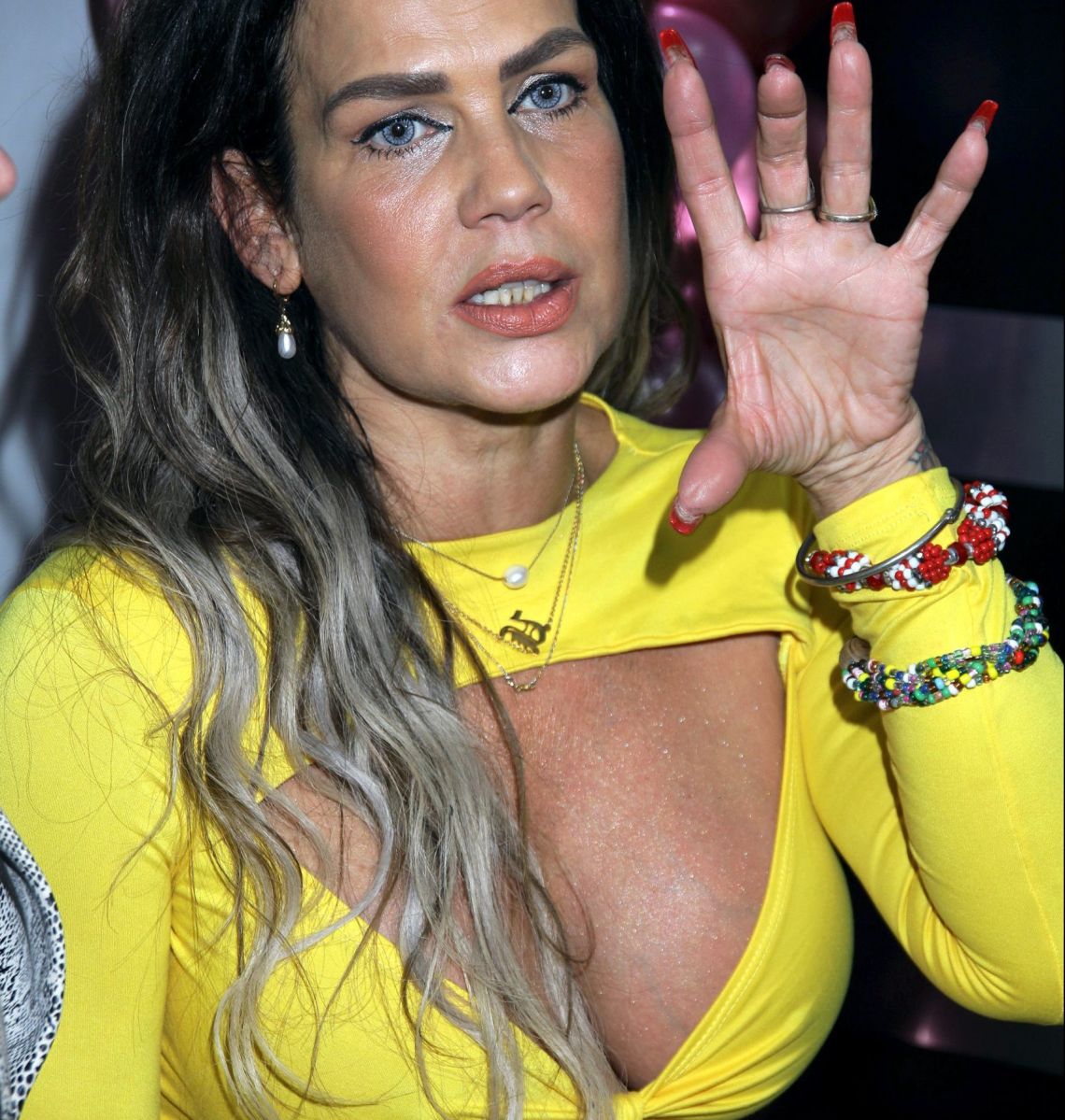 The House of the Famous 2 began and from now on, one of the great personalities that inhabit the studio of Telemundo, Niurka Marcos, launched “theirs”. The first was to say in front of those present that had “eaten” Osvaldo Ríos. In the second she hugged Laura Bozzo as if she were “his lifelong friend”.

“I ate him a few years ago,” he said. Niurka Marcos pointing to Osvaldo Ríos. The actor responded by raising the glass of champagne and serving more to his companions: “We have to toast to that,” said the protagonist of the successful novel of the ’90s, “Cassandra“. They all laughed out loud, because they already know very well that the Cuban vedette has no filter to say what she thinks. But the thing does not end there, he also said: “He’s a tremendous jerk… only that at that time he was very gallant and everything from a soap opera and the whole thing and he told me: -Mommy, let no one find out-…”

Previously Niurka Marcos had made his grand entrance The House of Celebrities 2 and, while hugging with the other members of the reality show Telemundohis archrival Laura Bozzo She looked a little uncomfortable from a distance. Let us remember that in the past Niurka has commented on the Peruvian. However, we know that the former participant of Rich, Famous, Latina he always thinks of everything that happens at the moment with some well-known character.

Laura Bozzo told his colleagues The House of the Famous 2 who does not intend to have any discussion with Niurka Marcos: “Look, I choose my enemies and my enemies have to be from the President up. Niurka…. Are there flies?… She talks bad about me… That I’m an old woman, that I’m a mummy… I don’t want to fight with her either.”

However, the own Niurka Marcos approached him Laura Bozzo: “Doll, doll, doll, did you think you were going to escape me…?”, while hugging her. The former host of “Laura en América” ​​and known as “Miss Laura” was somewhat surprised. But in the end, everyone is there for first place and $200,000 to be won by whoever survives everything that happens in the coming weeks.

The opening night in which by the way, Alicia Machado She arrived showing off her dental floss thong without self-confidence and showing off the great body that she wears at 45 years old! Niurka Marcos She cried and revealed a side that few allow to escape, but that night she had a compelling reason to let it out: her love for her children. If the Cuban woman has shown anything, it is that she is undoubtedly one of the coolest madrasas in the industry. hispanic entertainment. In fact, several times he has pulled his nails in the media for some of his offspring, as well as on social networks.

The fact is that the Cuban based in Mexico received the support, words of courage and encouragement from the beautiful Romi Marcosthe charismatic Kiko Marcos and of course, the heartthrob and actor Emilio Marcos. Niurka he cried in a very honest way in front of his most important pillar. However, everyone knows that it is a winning bet, it will not be all that they will see of her in The House of the Famous 2.

Keep reading:
‘La Casa de los Famosos 2022’: Niurka Marcos is the first confirmed on Telemundo’s reality show
This is ‘La Casa de Los Famosos’, the home where Niurka, Mayeli and Laura Bozzo will spark
Romina, daughter of Niurka Marcos, shows off her tattoos and curves with a tiny bikini
Niurka Marcos says she is envious of Paulina Rubio for her lack of chemistry with Alejandra Guzmán
Alicia Machado and Niurka Marcos together but not revolted in The House of Celebrities 2