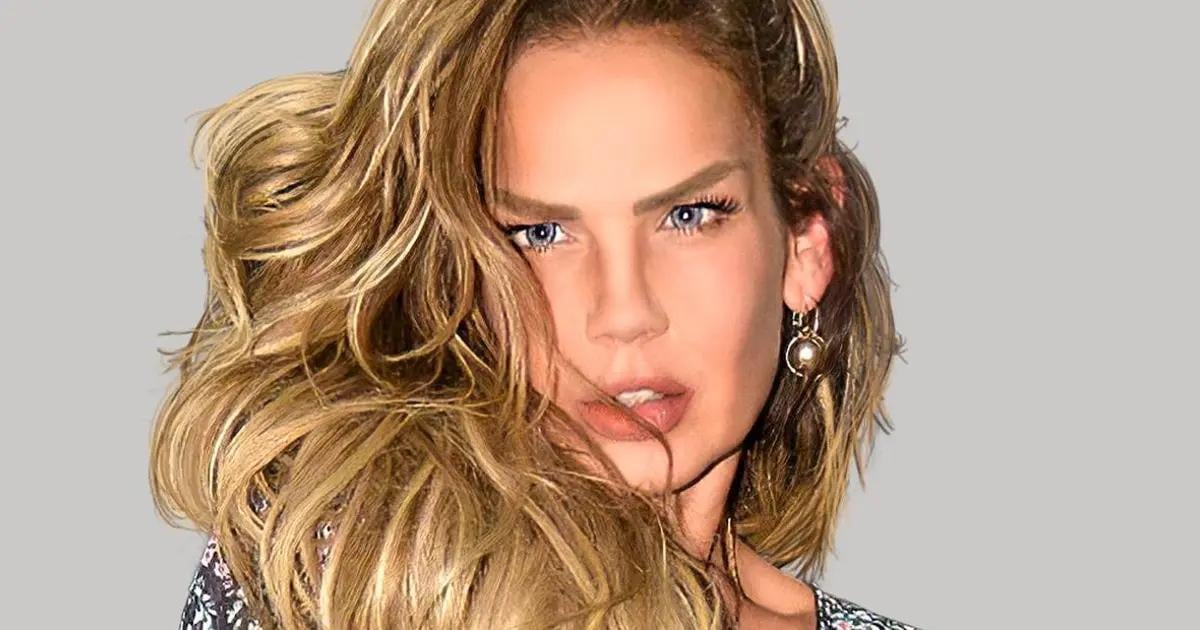 The famous actress and vedette known by many as Niurka Marcos has starred in several romances with people who have been part of the entertainment world, so some of them could be familiar to you.

Each of these characters have something in common: they manage to make the celebrity fall in love in no time.

Some of them are older than the Cuban actress. However, everything seems to indicate that the younger ones are the ones who tend to catch her more easily.

Who was the first husband of Niurka Marcos?

Federico is the name of Niurka’s first husband of whom very little is known. He is a man originally from Mazatlan, Sinaloa. According to several media, they met when the woman recently arrived in Mexico.

At that time, the Cuban had the purpose of entering the world of “vedetism” in Mexico. But this guy made her life take a different direction.

Federico and Niurka got married very much in love. He promised her love, trust, fidelity and, above all, happiness. However, things were not like that, as the celebrity lived through stormy episodes of violence.

Marcos became pregnant and gave birth to her first son, whom she named Kiko. During that time, she was living in Mazatlan in a small room.

They only had a mattress and a refrigerator. They were not the best conditions to live in, let alone to welcome a new child. In fact, the famous woman once said:

“I DISCOVERED THAT THEIR WORLD WAS ONE OF GREAT POVERTY, BUT I TRIED TO ADAPT BECAUSE I DID NOT CARE, THAT WAS NOT MINE, THAT WAS THEIR WORLD, MINE WAS ANOTHER. “

The worst came later, when he began to mistreat her. She mentioned that he even hit her son when he was a baby. On another occasion, Federico, who worked at the PGR, pointed a gun at her head.

Faced with the abuse, Niurka decided to separate from him. This made way for the celebrity to return to Cuba, but years later she returned to Mexico.

In 1994, the Cuban actress returned to Mexican soil at the Tropicana, one of the most popular nightclubs in Merida. It was then that she met again with Jorge Francisco Pasos, a show businessman.

Jorge and Niurka began a relationship that resulted in the birth of a baby girl they named Romina. The marriage did not last long, as he wanted a housewife and she wanted to succeed as a dancer.

Soon after, the Cuban became the host of a TV show. During an interview with the cast of “Vivo Por Elena,” she met producer Juan Osorio, who fell in love as soon as he saw Niurka.

From that moment on, her relationship with Jorge weakened. Therefore, the couple ended up separating and going their separate ways.

The relationship with Juan Osorio

Niurka Marcos and Juan Osorio met in 1998 when she was working in television in Cancun, Quintana Roo. At that time, the television producer was immersed in the world of drugs.

He was struck by the beauty of the dancer, actress and singer. He liked her so much that he took her to Mexico City to include her in the cast of the soap opera ‘Vivo Por Elena.’

When Osorio fully recovered from drugs, he focused on supporting Niurka’s career. It was then that in 2001 the vedette got the leading role in the play ‘Aventurera’.

In 2002 Niurka became pregnant with Emilio, the only child she had with the producer, and was forced to stop working. According to the Cuban, when she left her career because of the pregnancy, she began to have economic problems.

“I HAVE TO THANK JUAN FOR TAKING ME TO TELEVISA, BUT THEN HE LIVED OFF MY TALENT,” SAID NIURKA MARCOS TO THE SHOW “HISTORIAS ENGARZADAS.”

In 2003, Niurka acted in the telenovela ‘Velo de Novia, produced by her husband Juan Osorio. The main characters were Eduardo Santamarina and Susana González.

What no one imagined was that this production would end the relationship between Juan and Niurka. Apparently, Niurka had fallen in love with one of her co-stars, Bobby Larios.

In December 2003, the dancer announced her separation from Juan Osorio. A month later, she said she was already with someone else.

The love story between Niurka and Bobby Larios

In January 2004, Niurka reported that she was in a relationship with fellow cast member Bobby Larios. The fact unleashed a tremendous media scandal and monopolized the microphones of the press for a long time.

A month after the relationship began, the actors got married but with all odds against them. The relationship was characterized as being very mediatic, which is why it did not last more than a couple of years.

On one occasion, the Mexican revealed that the priest who united them in holy matrimony was a fake. In addition, Bobby said that it was one of the hardest stages of his life, as he suffered a lot next to the famous woman.

While the media pressure weakened their relationship, the straw that broke the camel’s back was a fight that broke out at home between the actors’ children. According to the media, Niurka and her children treated the son that Larios had had with another woman badly.

“THERE WAS AN ARGUMENT OVER THE CHILDREN, SO I GRABBED MY SON AND TOLD HIM: ‘YOU KNOW WHAT…'(THE PROBLEM WAS) WITH EMILIO, BUT IT WAS A CHILDISH THING, THEY WERE FIGHTING, NIURKA GOT UPSET, SHE CAME IN SCREAMING, SHE SAID TO HERSELF, I GOT UPSET. I DIDN’T LIKE THE WAY SHE WAS TREATED… I MADE THE DECISION TO SAY: ‘I’M LEAVING, I’M LEAVING’ BECAUSE I COULDN’T STAND IT ANYMORE, THE PRESSURE WAS SO MUCH IN THAT RELATIONSHIP THAT I DECIDED TO LEAVE, AND WHEN I LEFT, I JUST LEFT WITH A SUITCASE, MY CAR AND SOME JEWELRY I HAD BOUGHT”.

Who have been the lovers of Niurka Marcos?

In 2007, Niurka tried her luck in love and got married again. This time she married Yanixan, on the beaches of Acapulco, under a spiritual ritual with pre-Hispanic traditions.

The two seemed to be very much in love, but little by little strong rumors began to surface. First, it was said that the Cuban woman arranged marriage by the separate property, preventing a separation.

In 2010, Niurka reunited with a past love. We are talking about singer Eduardo Antonio, whom she said was “the great love of her life.” In fact, on several occasions they shared the stage surprising their audience with the talent they had.

Despite the love they professed for each other, the relationship did not prosper. Despite the rumors that circulated at the time, the Cuban singer made it clear that he was never “a kept man.”

In addition, she emphasized that there was a love between them that was one hundred percent real. Thus, they ruled out that their romance had been the object of publicity for both of them.

After the relationship ended, the singer declared himself openly homosexual. In 2021 he married a young man named Roy García.

Other loves of Niurka Marcos

In an interview, Niurka Marcos confessed that she had had fleeting romances with men in show business. Among them is the soap opera actor Mauricio Islas. In fact, the Cuban mentioned:

“I ATE MAURICIO ISLAS, HE IS A HOTTIE, I REALLY LIKE HIM, HE IS VERY GOOD, HE IS A SWEET WHEREVER YOU EAT HIM… HE IS A BABY TENDERNESS, I DON’T REMEMBER WHEN IT WAS BECAUSE THE MAN IN ME HAS NO MEMORY”.

The dancer also had a close relationship with Claudio Yarto, vocalist of the group Caló. It was in 2018 when the queen of scandal went to look for the musician to produce some songs for her.

Then the click between the two was given. He always said that the Cuban was a complete woman who shone because she did think that she was very smart. However, there was never anything formal between the two.

In March 2011, “EI Intocable” gave the engagement ring to the Cuban; however, she was determined to cut her engagement short. Although they were seen together on several occasions, the relationship did not prosper.

In April of that same year, Niurka Marcos showed off a new love. It was fitness trainer Reey Montaño, whom she openly introduced as her lover.

But the list of the Cuban’s lovers does not end there, as it is known that she has been with Igor Testamarck, Marko Peña and Raúl Palma.

As of this writing, Niurka Marcos is in a stormy relationship with Juan Vidal. The two met when they participated in “La Casa de los Famosos 2” and were apparently planning to get married.