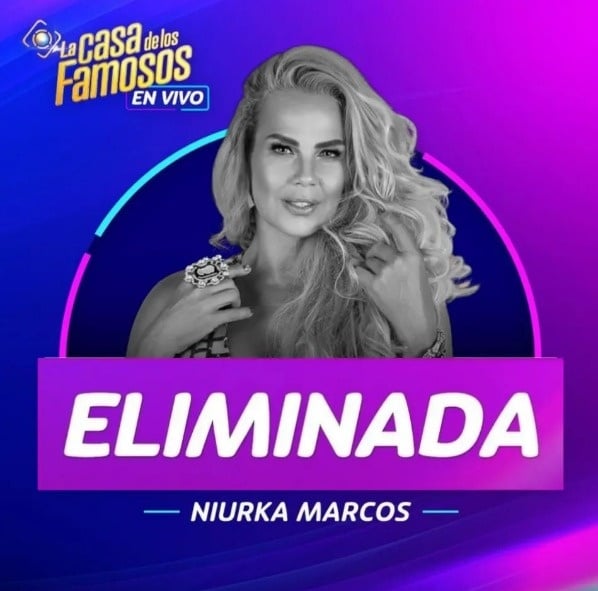 Niurka Marcos He continues to talk about on social networks after his unexpected and controversial departure from The House of Celebrities 2. Now, the Cuban vedette had no qualms about confessing that was intimate with Juan Vidalbut the detail that caught the attention is that he presumed that did not use protectionwhich has unleashed harsh criticism against him.

In an exclusive interview for the First Hand program, she assured that her romance with the actor was real and that she plans to resume it when he is eliminated. Similarly, “The Scandal Woman” boasted of the actor’s virile attributes by ensuring that “he is gifted” and that he always treated him like a gentleman.

However, the statement that scandalized more than one is that he freely confessed that had unprotected sex with him and has no regrets: “We do not use condoms, we did it cleanly, I am a very healthy woman, I am a hygienic woman.”

On the other hand, the drivers questioned her about the accusations that Cynthia Klitbo made against Juan Vidal, to which she responded with the humor that characterizes her that will not lend you money and that “it will hit him in his mother* and it falls to whores” if he becomes violent.

Telemundo damaged the image of Niurka

The elimination of the Cuban comes in the midst of a massive boycott against her within social networks. Regarding this situation, she assures that the production of the reality show damaged his image by putting his worst moments on the airwhich caused the repudiation of the public to be earned and that, in their words, they did not do with the other participants.

“They manipulated my image a lot, they groped it and threw it on the floor… It was a week of attack, you with the microphone in your hand can exalt and make someone grow or you can destroy them,” declared ‘La Mujer Escandalo’ to finally leave of course will not participate in Telemundo events again.

How old is Niurka?

Niurka Marcos was born on November 25, 1967so now you have 54 years. As AmericanPost.News mentioned to you, the Cuban vedette arrived in Mexico at the end of the 90’s and her charisma allowed her to reach television until she became one of the most emblematic figures of entertainment.