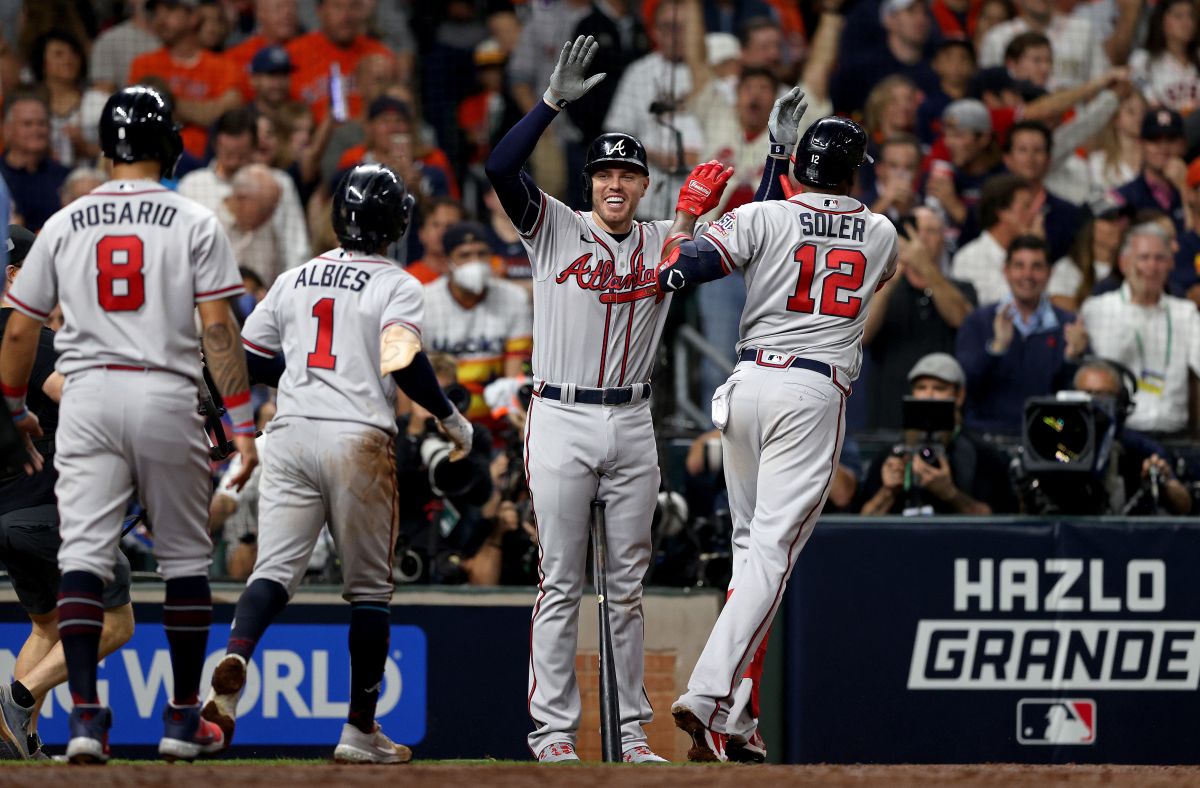 Without secrets, traps or shortcuts you also earn the World Series, and the Atlanta Braves They proved it: with timely batting and elite pitching, they defeated in the sixth game (7-0, series 4-2) Houston Astros to become MLB champions for the fourth time. The Cuban Jorge Soler He opened the can and guided those led by Brian Snitker to the title.

In the third inning, with the game tied at zero, two outs on the board, maximum count and two men on base, Soler dispatched his third home run of the World Series, the most important of his career. He celebrated as he should, dropping the bat and gesturing toward his teammates. Total euphoria. 3-0 devastating for Houston.

Soler’s homerun to Venezuelan Luis Garcia tied the all-time lead in home runs among Latin Americans in a World Series.

Dansby Swanson followed Soler’s lead, albeit with a two-run homer off Cristian Javier. Just as valuable, increasing the lead to five runs in the fifth inning. Half a game ahead and a lot of ground gained.

In the same inning, but against another pitcher (Blake Taylor), Atlanta continued to hurt and demoralize his opponent. Freddie Freeman hit an RBI double that put a potential hometown feat even further uphill. Destiny was being written, and there would be no way to erase it.

While the timely hitting did its job – two homers with two outs on the board – the pitching performed well, as did most of the series.

Opener Max fried he pitched six scoreless innings, allowing just four hits, and striking out six opponents. He generated two ground balls for double play, which made his work much easier. He became the first pitcher in history to land such a game in a potential game to win the World Series.

Freddie Freeman appeared again to punish: a solo homer that put the final 7-0 on the scoreboard. It was the seventh inning, but it seemed to be the last. The Astros were never seen threatening the offense.

Will Smith completed the shutout in the last act. The last out, the one that nobody wants to deliver, was given by the Cuban Yulieski Gurriel.

The Atlanta Braves won their fourth World Series. Before they achieved the greatest achievement of baseball in 1914, 1957 and 1995.