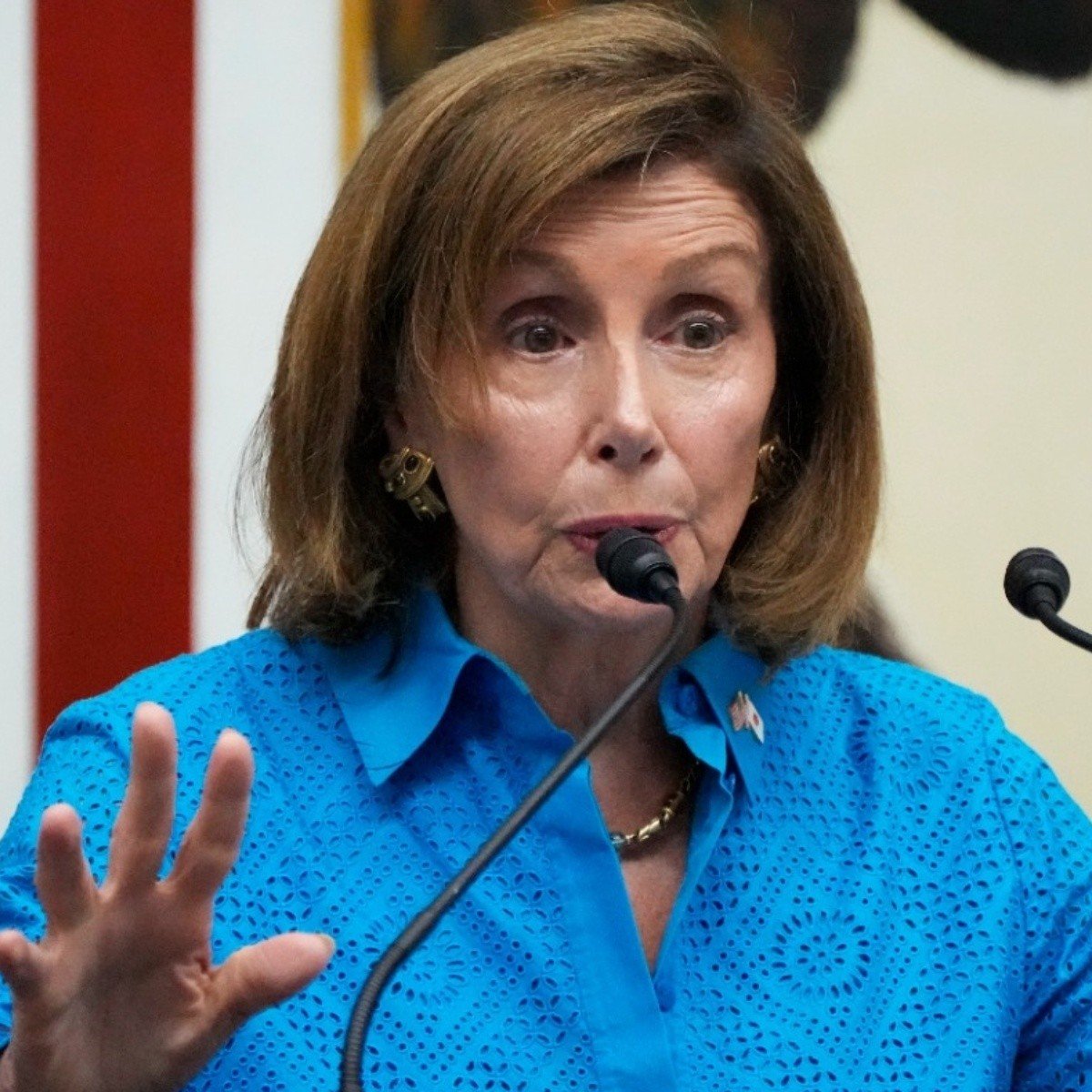 “China will not isolate Taiwan” preventing US officials from traveling to the island, said the president of the House of Representatives of USA, Nancy PelosiFriday in Tokyo, the last stop on an Asian tour marked by a visit to the island that angered China.

Beijing has tried to isolate Taiwan, Pelosi said, even recently by barring the self-governing island from joining the World Health Organization.

“They can try to prevent Taiwan visit or participate in other places, but they will not isolate Taiwan by preventing us from traveling there,” he said, defending a visit that some say has raised tensions in the region.

Pelosi described that statement as “ridiculous” and pointed out that her trip to the island was not intended to alter the status quo, but to maintain peace in the Strait of Taiwan. In addition, he praised Taiwan’s contested democracy, as well as its advances in diversity and its technological and business success, and criticized China’s violations of trade agreements, weapons proliferation and human rights problems.

Pelosi calls “genocide” in China regarding the Uyghurs

Pelosi pointed out that “the two great countries” — the United States and China — must communicate in areas such as climate and other global issues. “It is not that our visit determines what is the relationship between United States and China. It’s a much bigger and long-term challenge and once again we have to recognize that we have to work together in certain areas.”

“Our friendship with Taiwan is strong. It is bipartisan in the House and Senate, with overwhelming support for peace and the status quo in Taiwan,” he added.

Nancy Pelosiwho is the first speaker of the House to visit Taiwan in 25 years, said Wednesday in Taipei that Washington’s commitment to democracy on the island and in other parts of the world “remains strong.”

The senior official and five other members of Congress arrived in Tokyo on Thursday night after visiting Singapore, Malaysia, Taiwan and South Korea.

China, which maintains that Taiwan is part of its territory and threatens to annex it by force if necessary, described his trip as provocative and on Thursday began military exercises, which included missile exercises, in six areas around the island, which could be the largest since the mid-1990s.

Pelosi pointed out that China had launched the “attacks probably using our visit as an excuse”.

Earlier on Friday, Japanese Prime Minister Fumio Kishida said that Chinese military exercises in the vicinity of Taiwan represent a “serious problem” that threatens peace and security in the region, after the launch of five ballistic missiles during the that fell in the Japanese exclusive economic zone.

Kishida, speaking after breakfast with Pelosi and the US delegation, said missile launches must be “stopped immediately.”

For his part, Japanese Defense Minister Nobuo Kishi said five projectiles landed on Thursday in the exclusive economic zone near Hateruma, an island in the far south of the country. In addition, he noted that Tokyo protested to Beijing that the missiles are “serious threats to the national security of Japan and the security of the Japanese people, and we strongly condemn them.”

Japan’s Defense Ministry later said it believes another 4,000, fired off the coast of Fujian in southeastern China, flew over Taiwan.

In recent years, Japan has beefed up its defense capabilities and troop presence in the country’s southwest and on remote islands like Okinawa, which is about 700 kilometers (420 miles) northeast of Taiwan. Many residents have expressed concern that the island is quickly drawn into anything related to Taiwan. Okinawa is home to most of the estimated 50,000 US troops stationed in Japan under a bilateral security pact.

During breakfast, Pelosi and the legislative delegation also addressed their shared security concerns about China, North Korea and Russia, and pledged to work for peace and stability in Taiwan, Kishida said. The US president also met with her Japanese counterpart, Hiroyuki Hosoda.

The Chinese exercises, involving the Navy and Air Force, among other departments, are scheduled to end on Sunday. They include missile attacks on targets in the waters to the north and south of the island, reminiscent of the last major moves Beijing sought to intimidate leaders and voters in Taiwan in 1995 and 1996.

Taiwan has put its military on alert and conducted civil defense drills, while the United States has numerous naval assets in the area.

Beijing has also flown warplanes into Taiwan and blocked imports of citrus and fish.

China and Taiwanwhich split in 1949 after a civil war, do not officially maintain a diplomatic relationship, but are linked by trade ties worth billions of dollars.