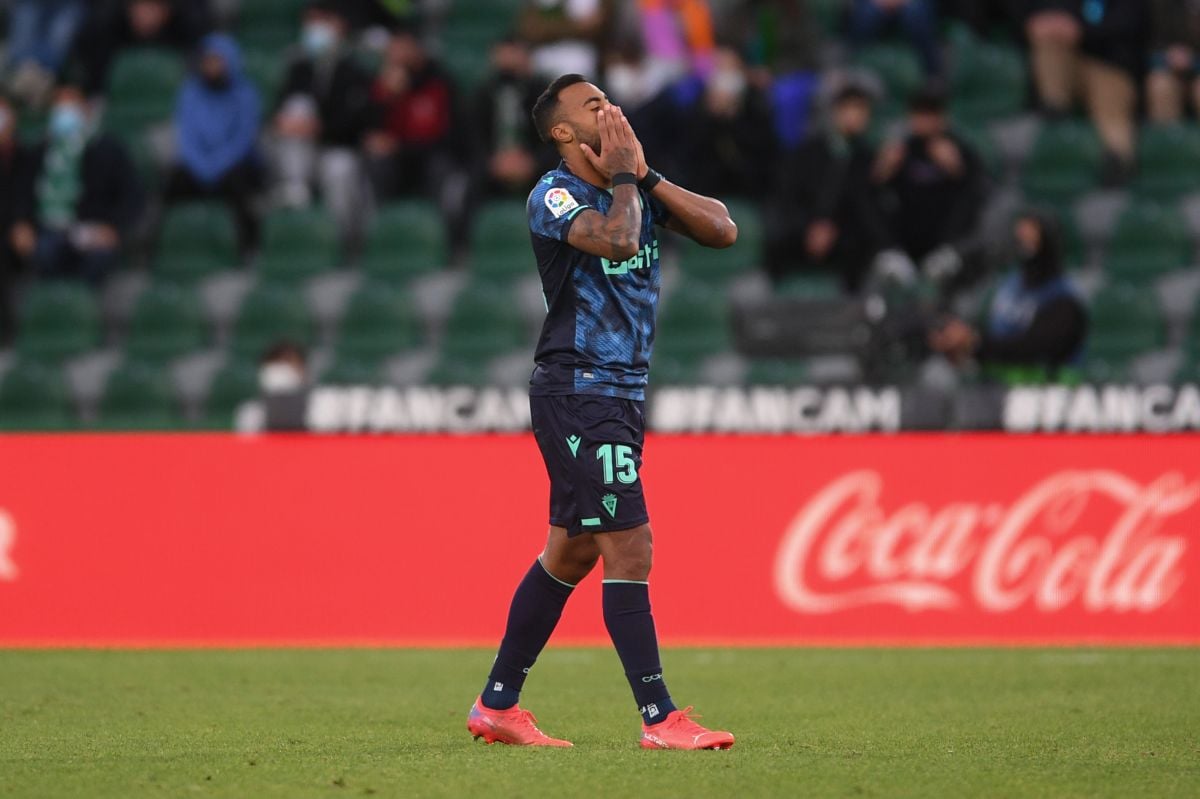 Another unfortunate episode was experienced this Monday in the Cádiz and Granada match for La Liga Santander. Carlos Akapo, a Cádiz player, was substituted in the 59th minute and when he was walking near the stands, a fan started making monkey sounds as the footballer passed by.

Akapo came to the bench and told the fourth official what happened. and also the game cameras have the moment when the fan started saying racist things to Akapo.

The television cameras accurately captured the moment and identified the fan, who will be punished for the incident by La Liga, and could also have a sanction by the Prosecutor’s Office in Spain.

“Just when I left, three or four started that don’t represent the Granada fans. I have told them that this was superfluous and one has continued to do so. On the one hand it affects me and on the other we have to give visibility, these people don’t deserve to be in football. This is to enjoy and that there is respect. I’m a bit screwed. They are people who do not deserve to come to the stadium, ”said the Cádiz footballer.

Granada issued a statement condemning the fan’s gesture and reporting that it had launched an investigation into the events that occurred:

“Granada CF strongly condemns any act of racism and will not tolerate any behavior in its stadium that reflects an intolerant or discriminatory attitude towards players or the fans who come to our field. The Club has initiated an investigation and will take the pertinent measures to sanction firmly these behaviors that do not represent the values ​​of Granada CF or its fans.

The Cádiz winger pointed out that he is taking the issue calmly, but that he hopes that the person who did it will be removed from football. On the morning of this Tuesday he returned to write a message against racism.

“Another episode of racism in football. Fortunately, more and more people are aware, but there is still a lot of work to be done, and this entails condemning racist attitudes and removing them from football stadiums, sports and our society. Thank you all very much for the support and affection received. No to hate,” she read.

NFL in Mexico: Arizona Cardinals confirmed as one of the teams that will play in the Azteca Stadium