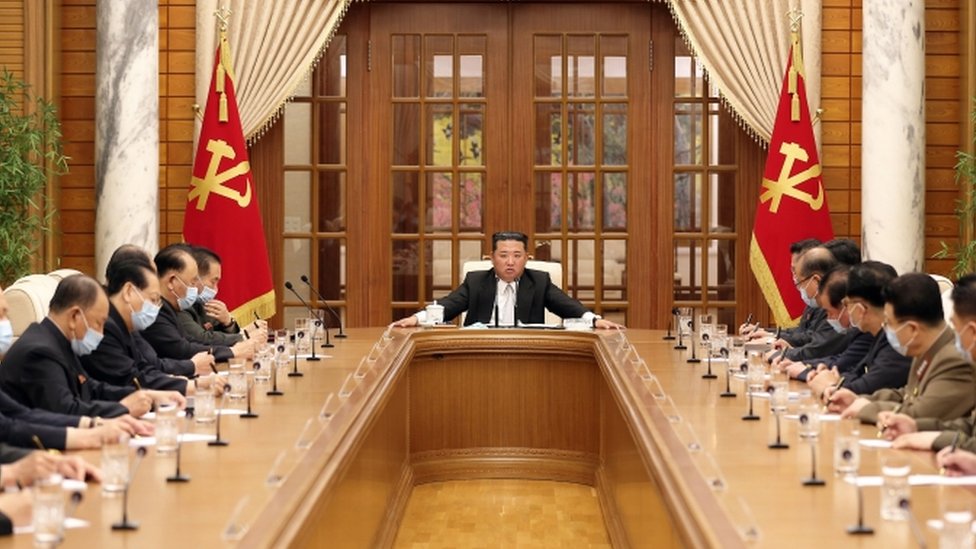 The rapidly spreading Covid-19 outbreak in North Korea is a “major disaster” for the country, its leader Kim Jong-un has said, according to state media.

Kim announced an all-out battle to tackle the spread of the virus during an emergency meeting.

The move comes after the first cases were confirmed, although experts believe the virus has probably been circulating for some time.

It is feared that a major outbreak could have dire consequences in North Korea.

Its population of 25 millionis vulnerable due to the lack of a vaccination program and a poor health system.

And on Saturday, state media reported that there has been half a million cases of unexplained fever in recent weeks. The country has limited capacity to test for COVID-19, so most cases are unconfirmed.

The figure marked a major increase on numbers given a few days earlier, which could provide some indication of the scale of the outbreak in the country.

“The spread of the malignant epidemic is [la mayor] turmoil that has befallen our country since its founding,” Kim was quoted as saying by the official KCNA news agency.

He blamed the crisis on bureaucratic and medical incompetence, and suggested lessons can be learned from the response of countries like China.

State media reports that 27 people they have died since April after suffering from a fever.

Reports do not say whether they have tested positive for Covid, apart from one death in the capital Pyongyang, which was confirmed to be a case of the omicron variant.

The unprecedented acknowledgment marked the end of two years of North Korea’s claims to be free of Covid-19.

The secretive country rejected offers from the international community to supply millions of AstraZeneca and Chinese-made doses last year. Instead, it claimed that it had brought Covid-19 under control by sealing its borders in early January 2020.

The country shares land borders with South Korea and China, which have both battled heavy outbreaks. China is now struggling to contain a wave of omicron with lockdowns in its largest cities.

At a meeting that outlined the new covid-19 rules, Kim was seen wearing a face mask on television.

He ordered “maximum emergency” virus checks, which appeared to include orders for local lockdowns and restrictions on gatherings at workplaces.

South Korea has said it offered humanitarian aid after the May 12 announcement, but Pyongyang has yet to respond.