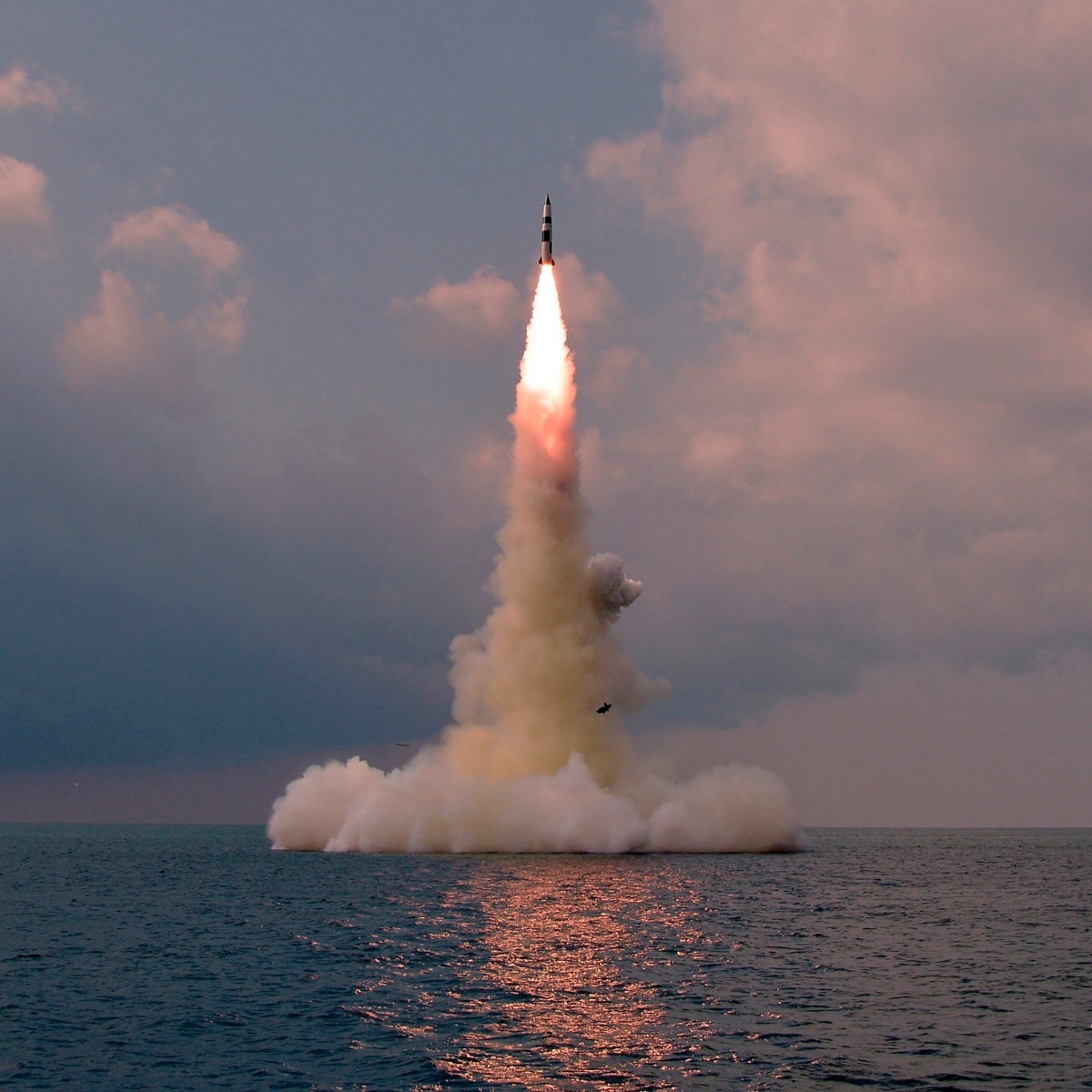 North Korea launched an alleged ballistic missile from a submarine this Saturday, May 7, as announced by the Army of South Korea, as both nations continue to taunt each other with gun showsso it is feared that they will end up with a nuclear test in the coming weeks or months.

South Korea did not reveal exactly what type of weapon the neighboring country fired, but it is known to have been fired from waters near the eastern port city of Sinpo, where North Korea has a major shipyard that builds submarines. It is unknown how far the missile went and whether it was launched from an actual submarine or an underwater test platform.

For his part, the Prime Minister of JapanFumio Kishida, ordered his authorities to prepare for all “unforeseeable situations” they also confirmed the safety of their planes and ships.

This launch was North Korea’s first demonstration of a submarine-fired ballistic system since October 2021. The launch came three days after the South Korean and Japanese armed forces discovered that North Korea launched a suspected ballistic missile from a site near its capital, Pyongyang.

In addition, the launch occurred three days before Yoon Suk Yeol takes office as president of South Korea. Recall that he has promised to take a tougher approach to his neighbors’ nuclear ambitions, while North Korea tested more long-range missiles in January 2022 than in all of 2021.

North Korea has threatened to use nuclear weapons.

North Korea has been quite active, even this year testing a intercontinental Ballistic Missile, which demonstrated its reach throughout the United States.

“North Korea has clearly been exploiting a favorable environment to advance its weapons program, as the UN Security Council is divided and paralyzed by Russia’s war against Ukraine,” the experts say.

Apparently the country wants to force the United States to accept North Korea as a nuclear power, and thus intimidate him so that they remove all sanctions.

Analysts believe that North Korea could carry out a nuclear test to show that it has the ability to build small nuclear warheads, to grow its range of short-range weapons by threatening South Korea and Japan.

In addition, Kim Jon Un, the North Korean leader, constantly accompanies his missile tests with threats, warning that if provoked he could use his nuclear weapons, thus increasing nuclear tension with South Korea and Japan.

The country of North Korea is one of the most isolated places in the world, with severe restrictions in the entry or exit of people from the country. The press and mass organizations are controlled by the state and are governed by the principles of the Juche ideology, a Korean interpretation of socialism. In addition, North Korea has recently threatened South Korea and other nations with the use of nuclear weapons.