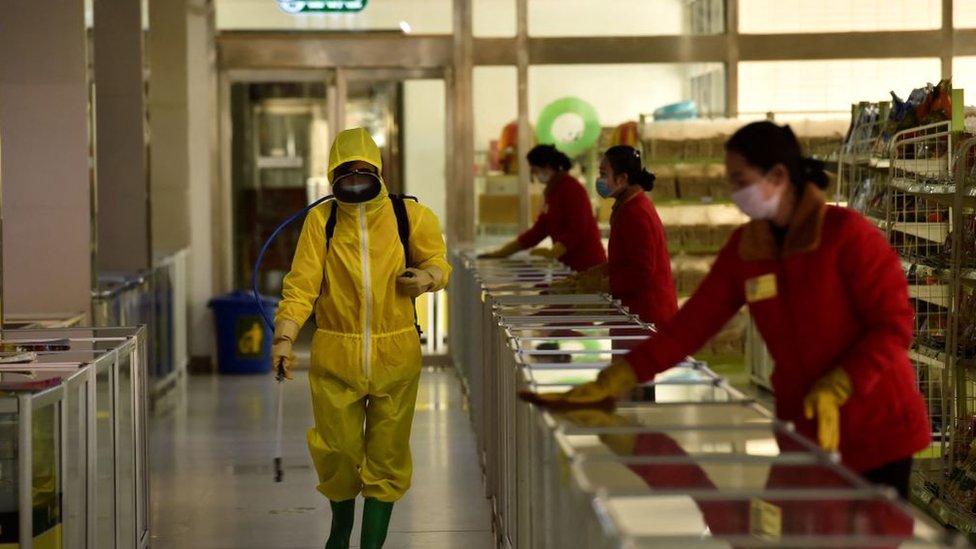 Two years after the pandemic paralyzed the world, the covid virus has reached North Korea with force, where more than a million people have fallen ill with what has been defined in the state media as a “fever”.

North Korean leader Kim Jong-un ordered the army to help distribute medicines to deal with the wave of cases that is spreading through the country, while lashing out with strong criticism of those responsible for the Health area. Some 50 people have died, but it is not It is unclear how many of those suspected cases have tested positive for the virus, since the Asian nation’s analysis and testing capacity is limited.

The country announced last week its first confirmed cases of covid, although experts believe the virus has likely been circulating for some time.

When the international community offered to supply North Korea with millions of doses of AstraZeneca and other Chinese-made vaccines in 2021, the government claimed it had brought the virus under control by sealing its borders in early January 2020.

It is feared that North Korea’s population of 25 million is especially vulnerable to the virus due to this lack of vaccination plans and a poor health system.

State media reported that Kim Jong-un led an emergency meeting over the weekend in which he accused his officials of misdistributing national drug stocks.

The country’s leader ordered the army’s medical corps to immediately stabilize the supply of medicines in the city of Pyongyang while defining the arrival of the virus as a “major disaster”.

“The spread of the malignant epidemic is (the greatest) convulsion that has befallen our country from his FoundationKim Jong-un said according to the official KCNA news agency.

A “maximum emergency” control has been imposed at the national level, in a nation already isolated from the rest of the planet.

The country shares land borders with South Korea and China. The latter country is struggling to contain a wave of the omicron version with closures in its largest cities.

Seoul has offered to send unlimited aid to the North if requested, including vaccines, health personnel and medical equipment.

In addition to the direct health repercussions, there are fears for the food production in North Korea.

The country suffered a brutal famine during the 1990s, and today the World Food Program estimates that 11 million of the country’s 25 million people are undernourished.

If farmworkers are unable to tend the fields, analysts say, the implications will be dire.

It seems that North Korea has arrived at the place where much of the world was at the beginning of 2020.

Covid is spreading rapidly among the population that is not vaccinated, does not have built-up immunity, and lacks many options to treat the virus.

The difference, of course, is that North Korea has had time to prepare for this and has apparently done little to anticipate this situation.

Instead, it has focused on its strategy of prevent the virus from entering the country.

In the past, he has refused vaccinations saying he didn’t need them. Now he does need them, but it might be too late.

Health experts say that the urgent priority is to get them into the country antiviral drugs to treat the sick.

But for this to happen, North Korea has to accept the aid, and hasn’t asked for it yet. Offers of vaccines and aid from South Korea have gone unanswered.

It is very unlikely that the North will accept help from South Korea. It will be more feasible if the offer comes from an international organization such as the United Nations, even if it means that supplies from South Korea must be redirected and packaged like this.