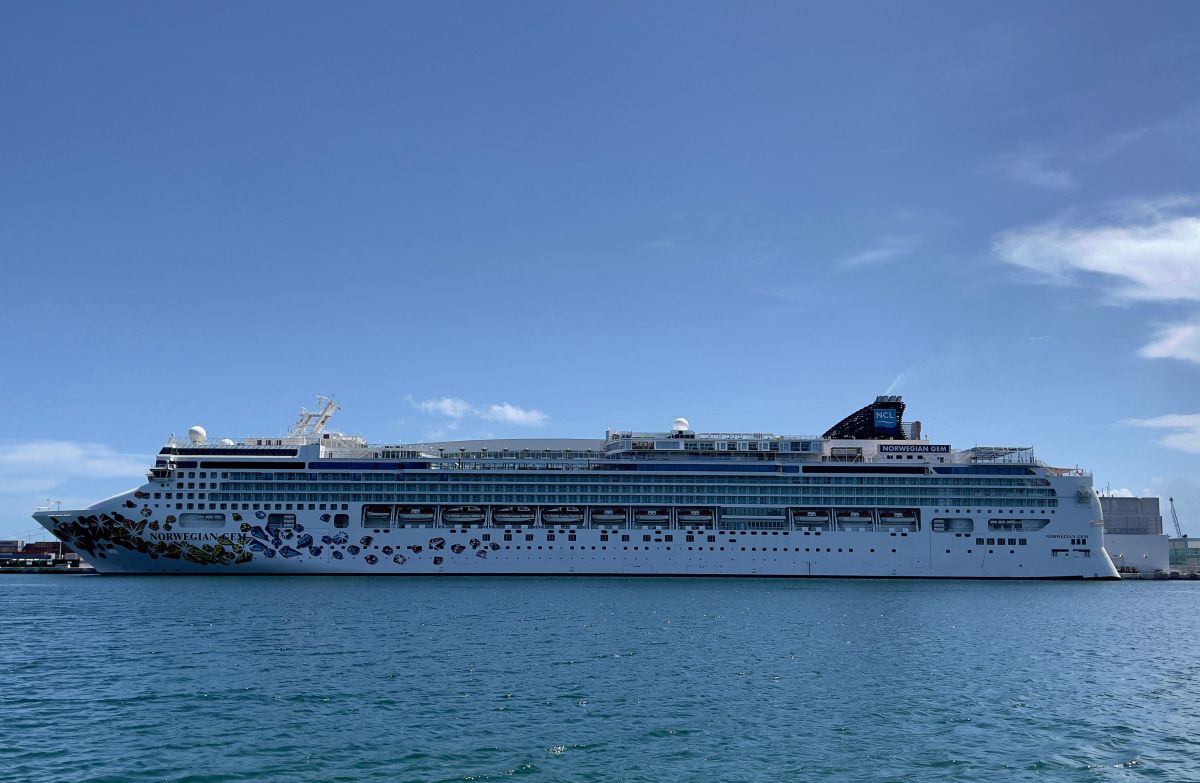 The third largest cruise company, Norwegian (NCL), this weekend celebrated the beginning of its voyages departing from a US port. And he celebrated as they wanted with all his crew and passengers fully vaccinated. Although the situation in Florida remains the same, the fight for vaccine passports continues in a legal battle.

Right at this moment when there is an explosion of COVID-19 infections in Florida again, the shipping company insists that “total vaccination is the right thing to do.” And it is the only option that they want to assume after 17 months paralyzed as a result of the pandemic.

The Center for Disease Control and Prevention (CDC) ordered the immunization and conditioned the reopening of cruise trips to begin in phases, the performance of tests and the simulation of trips with passengers who were provided for it.

SailSafe is the name given by the cruise company to its strategy to prevent COVID-19 on its trips. And on the ship that left Seattle for Alaska over the weekend, all passengers and crew were required to have a passport indicating that they have two doses of the virus vaccine.

But in the Sunshine State, Governor Ron DeSantis prohibited the vaccine passport from being required, so the matter has turned into a legal battle between cruise companies and the local Florida government.

Norwegian lawyers consider this to be a matter of “life and death” and not of “discrimination” As the government of Florida intends to expose, a state that especially in recent weeks had records in daily cases and hospitalizations of COVID-19.

Florida accounts for nearly 20% of all U.S. infections in this new wave of virus rebound.

However, the Florida governor has not fared too badly in trying to prevent the COVID-19 vaccine from being made mandatory. In mid-June, a federal judge ruled that the Centers for Disease Control and Prevention (CDC) will no longer be able to enforce the rules involving conditions for navigation related to COVID-19.

This ruling was a triumph for the state of Florida, according to which the CDC exaggerated by imposing a “capricious” authority regarding the rules against COVID-19. One of the arguments of the judge, Steven Merryday, of the United States District Court, was that during 2019 more than 13 million people, including passengers and crew, embarked and disembarked from the ports of Florida, sponsoring the businesses of that town.

But in counterweight, a Florida federal judge, Kathleen Williams, said she did not clearly see the “discrimination” the Florida governor is talking about. For Norwegian this gives an indication of how likely the judges are viewing this conflict, it is a new green light for cruise ships.

Therefore, the president of Norwegian Cruise Line Holdings (NCL), Frank del Río, assures that nothing is going to “interfere” in his plans as a company to keep a crew and an entire ship vaccinated to protect themselves from the contagion of the virus, to big scale.

For now there is no immediate ruling, but Del Río expects “a positive verdict that allows sailing from Florida as of August 15 ”.