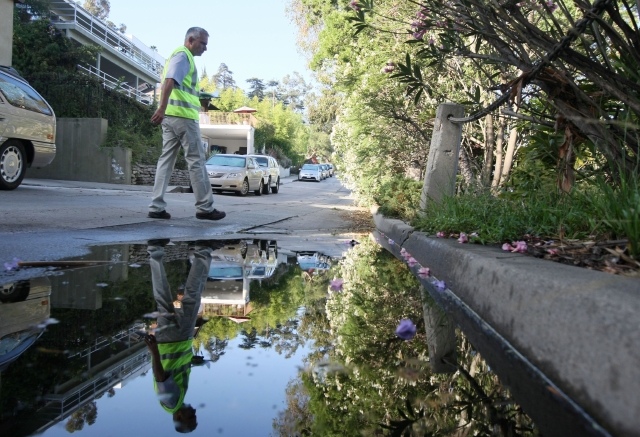 A new study released in February shows that the drought facing California for the third consecutive year, and the period spanning the last 22 years, beginning in 2000, has been the driest in the American Southwest for the past 1,200 years. .

“We are entering a dry season that will last until October. The drought is not limited to California but extends across the western United States, and into the Midwest and South. And all regions of the world face it to some degree.said Heather Cooley, director of research at the Pacific Institute, a California-based, nonpartisan think tank whose mission is to create solutions to the world’s most pressing water problems.

During the videoconference: “Not a drop to drink: California faces worst drought in 1,200 years”organized by Ethnic Media Servicesvarious experts spoke about the impact of drought on climate change, conservation efforts by the state, the billion-dollar impact on the agricultural industry, and how other countries are managing their own water crises.

Cooley said the dams are at 40% capacity; And one big problem is that the snowpack is much lower than normal, and it’s melting fast.

He specified that andn About 95% of the state is currently in a severe drought, and it is expected to intensify.

“California has made progress in reducing water use and developing local water supplies; and we have dramatically reduced use in agriculture and urban areas due to efficient employment and changes in the economy.”

He added that we have seen a threefold increase in the use of recycled water since 1970; although we haven’t recycled as much as we could.

“We are recycling about 25% of the water we generate. So we have made improvements but there is still a lot to do especially in the face of climate change to reduce urban water use between 30 and 48% if we adopt existing technologies and practices; and the same goes for recycling.

Regarding the impact of the drought on large cities like Los Angeles, he said that they have done quite well by taking the necessary steps to reduce demand and diversify the sources of water supply.

But he stated that more must be done in the face of climate change. “Our recent research highlights that there are additional opportunities to reduce demand through water use efficiency, while increasing supplies through the reuse and capture of urban stormwater.

Karina Herrera, an environmental scientist with the Water Resources Control Board (WCRB), said that California is taking long- and short-term actions against the drought.

“We are under executive orders and an emergency proclamation that includes asking people to voluntarily reduce water by 50% in actions such as watering gardens, dishwashers and clothes washers.”

In the long term, we work to make water conservation a way of life, and save energy and carbon emissions.

With two new laws to conserve water and plan for droughts in California, new efficiency standards and more equitable and meaningful conservation are expected to be adopted by the summer.

In the case of accessible housing, the aim is to ensure that real estate developments have appliances, products and outdoor spaces that save and conserve water.

Sean de Guzman, manager of the Snow Survey and Supply Forecasting Unit at the California Department of Water Resources, said snowpack is really important because it provides nearly 30% of each year’s water.

“With the majority of our population living in southern California, and most of the precipitation and rain falling in the north, that really presents a challenge to transport the water.”

He noted that for the fifth year there is the smallest decrease in snow accumulation in 70 years.

“We are roughly statewide, at about 5% of the average.”

He stated that the largest dam in the state, Lake Shasta, is at 39% of its capacity.

“We have a pretty big hole to fill in our reservoirs that are at 70% of the average to date statewide.”

The impact on agriculture

Dr. Josue Medellin-Azuara, an adjunct professor at the University of California, Merced School of Engineering, said that since the middle of the last century, nearly half the years have been dry.

“What is different is that we are in the third consecutive year of drought; and the map is different. The areas that traditionally contribute more water to cities and agriculture have had a deficit in precipitation, causing more stress”.

He indicated that in the years 2020 and 2021, a high demand for evaporation was registered, which means that we need to apply more water to the crops to make them viable, and that is the result of the land being very dry; and the atmosphere, thirsty, after two years of drought with warmer temperatures.

The consequences of the drought have been reflected in 400,000 acres of idle land, $1.1 billion in lost gross receipts, and 8,750 lost jobs. When added to the multiple effects on regional economies, the impact would have increased to 14,000 jobs and $1,700 in revenue. And it would have been greater, if it weren’t for the availability of subsoil water reserves.

“Unfortunately, many of the jobs lost are among the lowest income groups in the state.”

Dr. Rajendra Shende, President of the TERRE Policy Center and one of the scientists who shared the 2007 Nobel Peace Prize with Al Gore said that the problem of drought is becoming commonplace.

“Nearly 65-70% of the world’s population, 4 billion, experience serious water scarcity for at least one month of the year; and another 2 billion live in countries with inadequate supplies”.

At the same time, he said that there are regions that suffer from water stress such as the Middle East and North Africa, but there are also other countries such as India, some apart from China and Europe.

“The water crisis is increasing.”

Among the measures that countries and regions are taking, California’s efforts to recycle between 10 and 15% of water stand out.