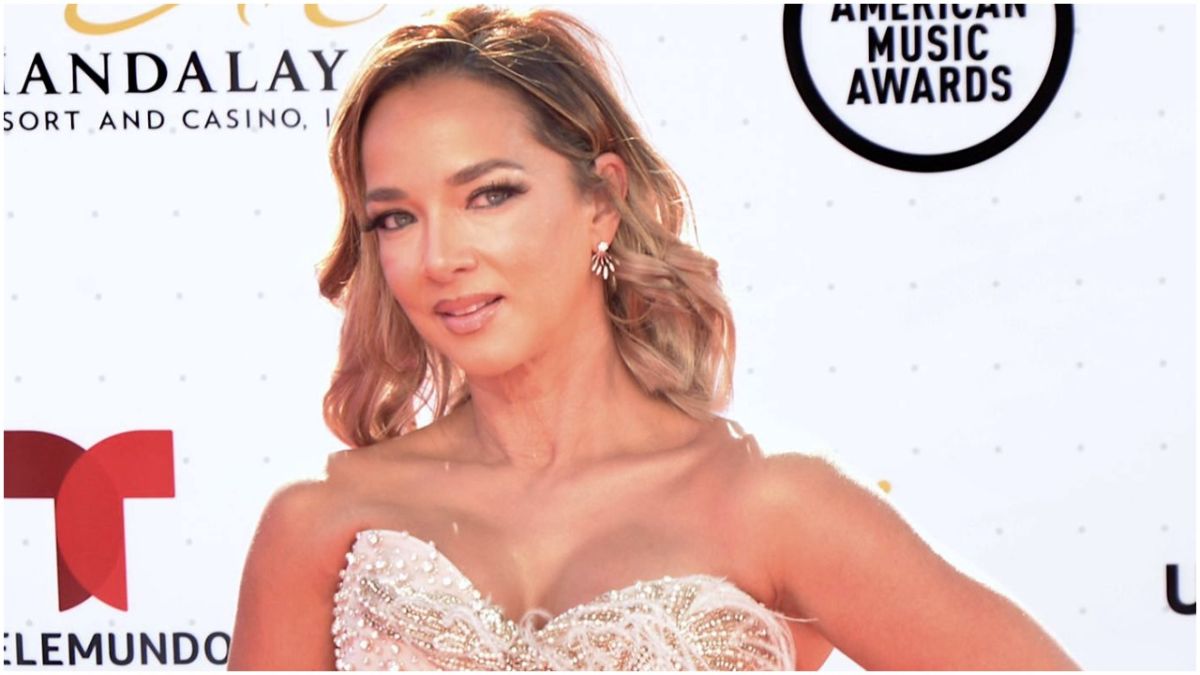 The Puerto Rican presenter Adamari Lopez, 50 years old, turned to his Facebook account to beg the help of his followers, no longer knowing what to do to revive the orchard that he put in his house during the most critical stage of the pandemic.

“My beautiful people, at the beginning of the pandemic I created this garden and planted everything: Tomatoes, aloe vera, lemons, pineapples, strawberries and nothing has been given to me. The truth is that my father was very good with little plants, but I lack dedication and time. Tell me what my orchard needs so that it improves and gives me fruit. HELP!” the little girl’s mother wrote desperately. Alaia.

Her text was accompanied by a video, lasting more than three minutes, in which she showed how badly her role as a peasant has gone, since his lemon has not given him a single citrus.

“The lemon tree has never wanted to give me a single lemon and I have not been good at it. For some reason, sometimes the leaves are wrinkled and they say that it is because it has a bacteria, but I don’t know how to correct it. I am a consumer of lemon and it would be great if it were given to me, ”said Adamari, who is hoping that her fans can give her some useful advice for the correct harvest of her.

He then explained that he also made the attempt to plant tomatoes, strawberries, sweet potatoes, potatoes and recaosbut they have not been given either.

“Here I planted everything. Tomato, not one was given to me. Strawberry, the little plant was very pretty and now it has disappeared. I put sweet potato, I put potato and I don’t see any of those things here. Here I had recao, which was not given to me, “Toni Costa’s ex lamented.

Despite the fact that much of his garden looks desolate and sad, there are some plants that have been given to him, as is the case of aloe vera and pineapplewhich hopes one day will bear its first fruit.

“What I do see is a pineapple that, I think, I am doing quite well. That little pineapple may be going to give me a rich and delicious one that I can consume here at home and then plant again. Pineapple, I know that it is something that takes a long time to be successful, ”said the actress hopefully.

In addition to his lack of gift for plants, Adamari is aware that the lack of time, affection and dedication They have been transcendental factors so that his orchard has not flourished as he imagined, so he chose to turn to his fans to see if there is a possibility of reviving it.

“If you know any suggestions to put in my little garden so that I can do well. If there is any fertilizer that I can put on it, if there is more water, if there is more light, whatever you think I need, let me know so I can revive my garden,” Ada said before dismissing her video from the comfort of from your garden.

Video: Get inside the eccentric and luxurious ‘air mansion’ of Gianluca Vacchi
This is the millionaire beach mansion that the Trumps rent for $208,000 per month
“It’s time to grow up”: Jomari Goyso closes a cycle and says goodbye to his house in tears
This is the house in Puerto Rico of Osvaldo Ríos, the ex who broke Shakira’s heart