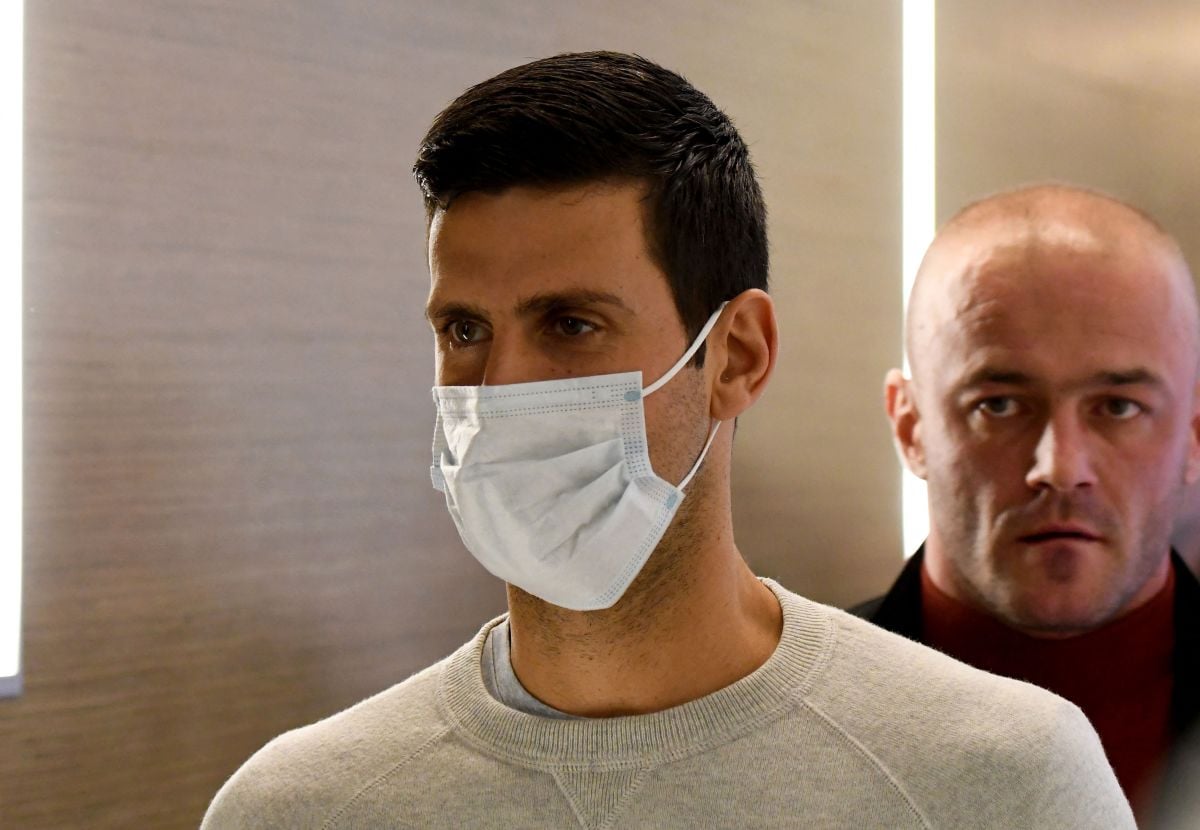 Novak Djokovic has stated that he would prefer to stop winning tennis trophies rather than be forced to get vaccinated against covid-19. In a exclusive interview with the BBCthe tennis player clarified that he should not be associated with the anti-vaccine movement, but that supports the individual right to choose.

The Serbian was asked if he was willing to sacrifice his participation in competitions such as Wimbledon and the French Open before being forced to vaccinate against covid.

Djokovic, a 20-time Grand Slam trophy winner, was deported from Australia last month after the government canceled his visa amid the dispute over his vaccination status.

The tennis player, currently number one in the world, said he had obtained a medical exemption to enter the country and compete in the Australian Open after recently recovering from covid-19.

“I have never been against vaccination, but I have always supported the freedom to choose what you put into your body,” he told the BBC, confirming that he was immunized against other diseases as a child.

“I hope to continue playing for many more years”

In a lengthy interview, the first since his arrest in Melbourne in January, Djokovic addressed speculation that he tested positive for Covid in December and explained his stance on the vaccine.

Djokovic trusts that the vaccination requirements in some tournaments will be modified and hopes “to be able to continue playing for many more years.”

He also confirmed that he was willing to give up the chance to statistically become the best tennis player of all time.

One of Djokovic’s main rivals, the Spanish Rafael Nadalwon his 21st Grand Slam tournament in Australia, the highest record for men’s competitions.

“The principle of deciding on my body is more important than any title or anything else. I try to be in tune with my body as much as I can”, replied the tennis player.

Djokovic claimed to have been “always a great student of wellness, health and nutrition” and that his decision was partly influenced by the positive impact that the change in his diet and sleep habits had had on his abilities as an athlete.

The tennis player also said that he kept his “open mind” about the possibility of getting vaccinated in the future. “Because we are all collectively trying to find the best possible solution to end covid.”

“I have never been against vaccination. I understand that a lot of effort is being made globally to control the virus and hopefully end it soon,” she noted.

Djokovic is, whichever way you look at it, a remarkable individual. He was raised between two wars in the former Yugoslavia, by parents who sold the family gold and negotiated with loan sharks to finance his ambitions. He speaks six languages ​​fluently and is considered by many to be the best player in history.

But above all, Djokovic is deeply liberal Y strongly believes in individual autonomy. She has clearly reflected on the conflict between the collective good and individual autonomy and feels that, as an elite athlete, his body is his business.

He says to keep his mind open, but as things stand, will not be vaccinated.

What else do you want to know?

More than 10 billion doses have been administered worldwide and around six out of 10 people have received at least one injection against the coronavirus.

We have a lot of information. Like any medicine, vaccines against covid have possible side effects, but your security is excellent.

They have saved countless lives, prevented serious illness, and may also protect against long-lasting covid.

These vaccines were rolled out in record time, but their development is often tied to funding delays. The scientists involved in the clinical trials and the regulators who approved the compounds did not break any safety protocols.

The rare side effects they appeared when vaccines began to be distributed to millions of people, which is why regulators monitor their safety week by week.

It’s not easy to guess what else you need or want know Novak Djokovic. He says he does not have enough information about “the vaccine” as if there was only one against covid. There’s a lot.

As an elite athlete, you have little risk from the coronavirus, but not zero either. After all, she has already been infected twice.

“Getting infected with covid is not luck nor is it convenient”

In his interview with the BBC, Djokovic also addressed speculation about the sequence of events that preceded the controversy leading up to the start of the Australian Open.

Some have suggested that his positive in mid-December occurred just in time for the medical exemption to be granted that would allow you to attend the event.

“Getting infected with covid is not lucky nor is it convenient for anyone. Millions of people continue to battle the disease around the world. I take it very seriously. I don’t like people thinking that I used something to my advantage to, you know, get a positive PCR and be able to go to Australia.“.

Asked if he was aware of any attempts to tamper with any of the Covid tests he had taken — earlier this month, a BBC investigation cast doubt on the timing of his positive test — he said adamantly no.

“It was not easy”

The tennis player also offered details about the time he was detained in Melbourne while his situation was being resolved.

“I was very sad and disappointed with the way it all ended for me in Australia. It wasn’t easy,” she admitted.

His request for a medical exemption was made anonymously and accepted by two independent Australian panels. However, her travel declaration document included an error.

“The error in the visa declaration was not committed deliberately. It was accepted and confirmed by the Federal Court and the minister himself at the Australian Ministry of Immigration,” he said.

“So what people may not know is that I was not deported from Australia for not being vaccinated, breaking any rules or making any mistakes on my visa declaration. All of that was approved by the Federal Court of Australia and the Ministry of Immigration,” he added.

“The reason I was deported is because the Immigration Minister, at his discretion, canceled my visa based on the perception that I had created an anti-vaccine sentiment in the country or the city, something I strongly disagree with.”