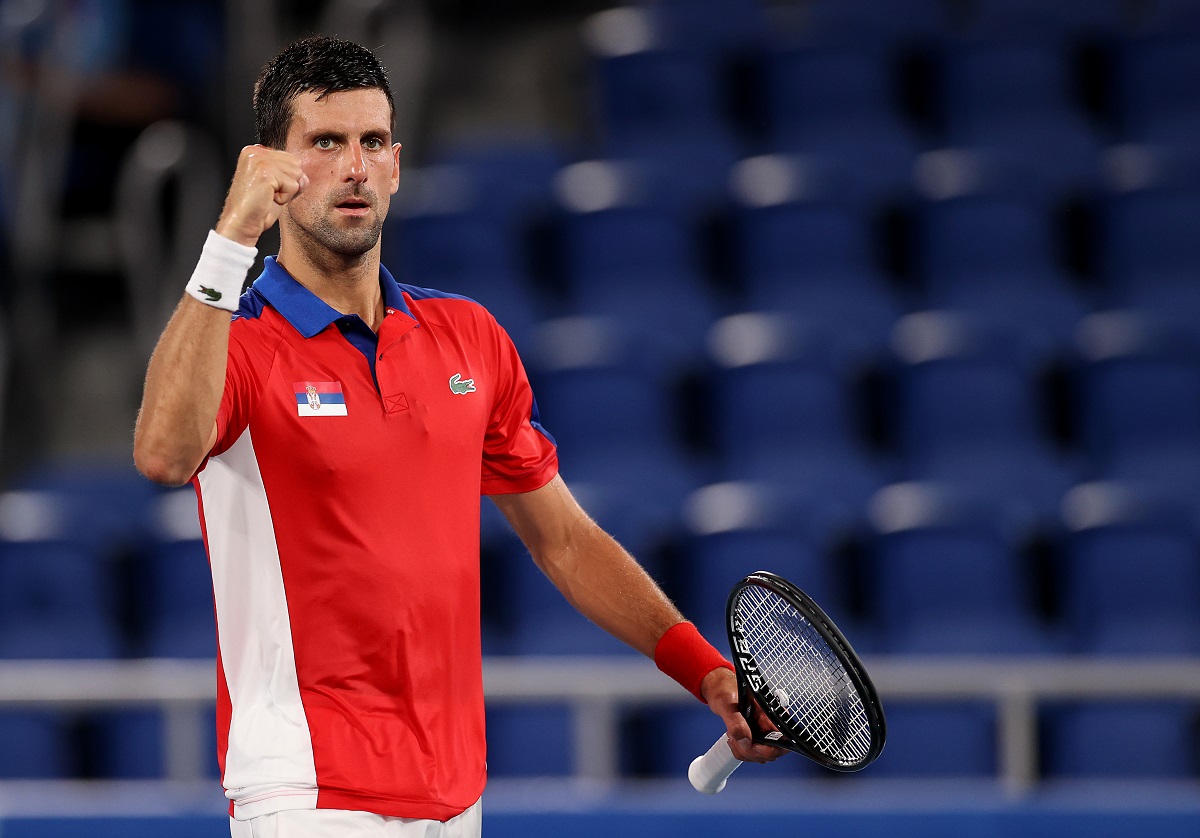 These days the pressure in sports has become a topic of debate due to the statements of Simone biles Y Naomi Osaka, who suffered it in Tokyo 2020. A totally opposite opinion has Novak Djokovic, who acknowledges feeling it, but also knows how to handle it.

The Serbian arrived at the Olympics with world attention on his shoulders due to the clear chances he has to conquer a Golden slam (Win the four Open and the Olympic gold medal in the same year). Something that only Steffi Graff could achieve in 1988.

Djokovic remains intractable by beating local Kei Nishikori 6-2, 6-0 in the quarterfinals. And at the end of the duel they asked him about the pressure they have imposed on him by Golden slam: “I can’t say that I don’t see or hear it. It is there, of course. But I have developed a way not to be distracted. I have learned to be able to stand on the court and play my best tennis, “he replied.

And he was even more direct when explaining that “pressure is a privilege. Without it there is no professional sport. To hope to get to the top of a sport, you have to learn to manage pressure. And how to deal with those moments on the court, but also off it ”.

“On the court, but also off it, I learned to develop a mechanism to deal with other people’s expectations, whispers and rumors in a way that they don’t distract me or overwhelm me.”#tennis

Those statements have created some division or controversy on social media between people who support his vision and others who simply do not see possible a comparison to the case of Simone Biles.

This week can be doubly gold plated for Novak Djokovic if he manages to win the men’s singles tournament and mixed doubles. In the second tournament he also advanced to the semi-finals alongside his partner Nina Stojanović.

“On the court, but also off it, I learned to develop a mechanism to deal with other people’s expectations, whispers and rumors in a way that they do not distract me or overwhelm me. There is no manual for that. Nobody is born with that ability, which develops over time ”, closed the number one in tennis.

“Learn to deal with pressure and difficult moments” https://t.co/HXO4NrsuLz pic.twitter.com/MdbVphWrlg

Read also: Tokyo: messages of support from Michael Phelps, Nadia Comaneci and other athletes to Simone Biles after her decision to prioritize her mental health