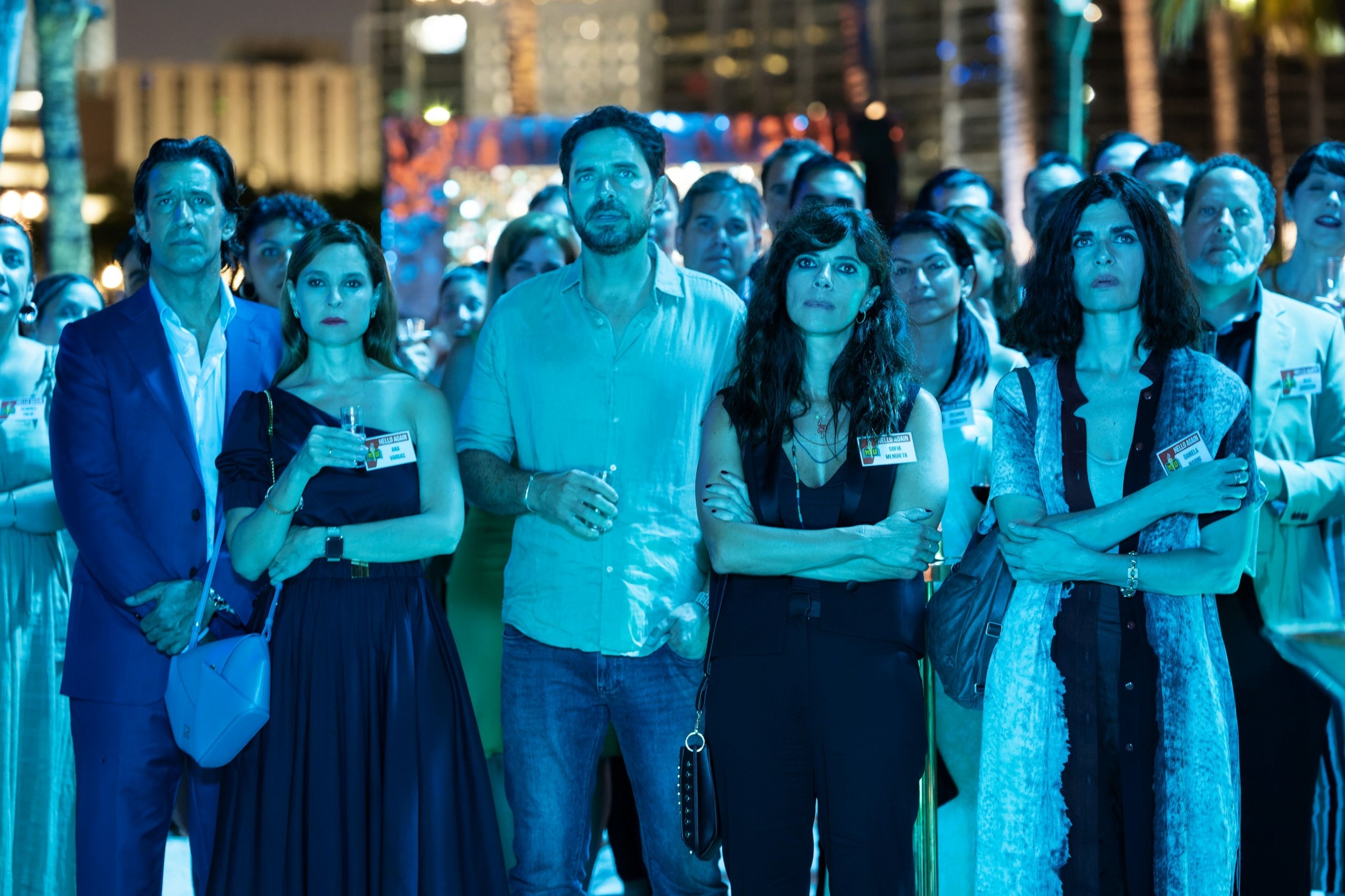 Apple TV+ announced the release date and first look of the bilingual thriller series, “Now and Then,” which will make its worldwide debut on Friday, May 20, 2022.

The 8-episode series set in Miami was filmed in Spanish and English and will premiere globally on Apple TV+ with the first three episodes, followed by a new weekly episode every Friday.

“Now and Then” is a thriller that explores the gap between youthful aspirations and the reality of adulthood, when the lives of a group of college best friends are forever changed after a weekend of celebration ends with one of them dead.

Now, 20 years later, the remaining five are brought together, much to their chagrin, by a threat that puts their seemingly perfect worlds at risk.

Campos and Fernández-Valdés serve as showrunners and the series is written by Neira and Campos with your team. Gideon Raff (“The Spy,” “Homeland”) is an executive producer as well as a director.

“Now and Then” joins a growing number of Apple Originals from globally award-winning creators, including the upcoming “Suspicion,” a thrilling thriller starring Uma Thurman and based on the award-winning Israeli series “False Flag.”

Marina of Tavira is a famous Mexican actress, who has performed in both film, television and theater. Throughout his career he has participated in films such as This is not Berlin (2018), Fog of Guilt (2018), Rome (2017), for which she was nominated for an Oscar, Ana and Bruno (2017) and her most recent participation was in the film Reminiscence, where he shared a cast with actors like Hugh Jackman, Rebecca Ferguson and Thandie Newton.

Currently, Marina de Tavira is the mother of a child, whose information she has preferred to keep private. The actress has also not released details about her relationship with actor Rafael Sánchez Navarro, with whom she began an affair in 2012, during the staging of the play Take Party.

Despite the success she is getting, the actress assured the agency EFE that his great passion is the theater, which is why he has not stopped acting on stage.

Ana Victoria fired Diego Verdaguer with an unpublished photo with her grandson: “Dad, thanks for everything”