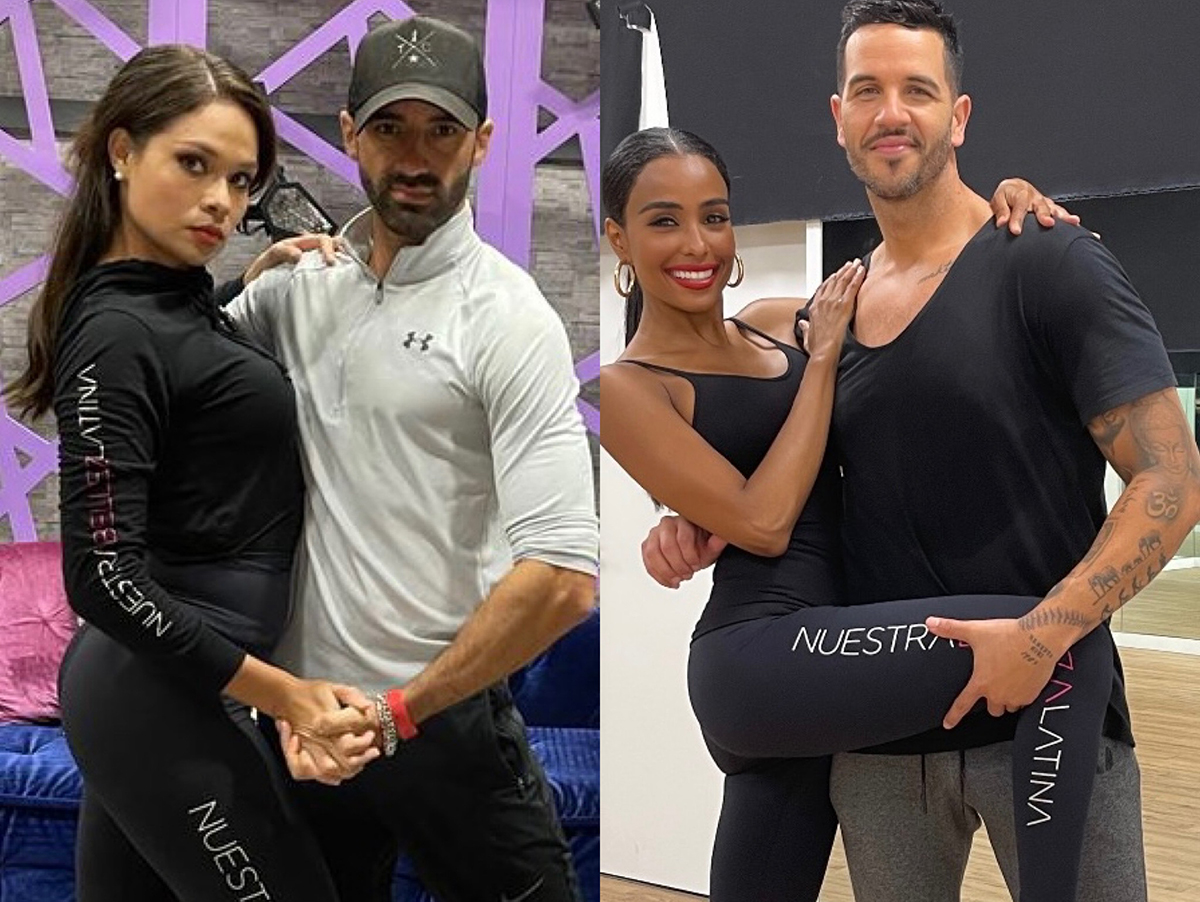 As we tell you, this Sunday, The finalists of ‘Nuestra Belleza Latina’ will become contestants in a small ‘Mira Quien Baila’, and for this the production of the Univision reality show invited Toni Costa, chef Yisus Díaz, Jan Vidal, Marko, Roberto Hernández and Juan Carlos Nicot.

One week before the semifinal, We got into the dance rehearsals of the gallants with the participants, where we were amazed by the great discipline of all, as if the scolding they gave him judges Giselle Blondet, Jomari Goyso, Daniella Álvarez and Adal Ramones that they weren’t focusing and were missing a great opportunity, would have had its effect.

Why are they going to dance? The official version is because eThis Sunday the queen who chooses the challenge is Marisela de Montecristo, winner of 2013, the unofficial version is that it is the perfect situation to compete with his direct rival, ‘Así Se Baila‘.

They also have the extra: Toni Costa, who returns to the tracks of the Univision reality shows, and to compete with his ex, Adamari López, judge of the Telemundo show.

Who with whom in this door to the semifinal?

-The Chef Yisus of ‘Despierta América’, and winner of ‘Mira Quien Baila’, will dance with Genesis Serum.

-The media Marko will dance with Raishmar Carrillo.

-The dancer Toni Costa will dance with Sirey Morán.

What will they dance? Among the genres that will be present are bachata, salsa, tango, contemporary, regional Mexican and urban music.

Besides the challenge, Daniella Alvarez, a member of the reality jury will visit the mansion where, together with the contestants, they will do a reflection exercise where they will share unpublished details of their lives.

Let’s remember that of the 7 remaining participants, one of them will leave the show this Sunday, and the remaining 6 will go directly to the semifinal that will be on Sunday, November 14, and the grand final on November 21.

This Sunday, the show returns to its usual hours of 8/7 PM Central on the Univision screen.

• Although Mía Dio was eliminated from ‘Nuestra Belleza Latina’, she was going to resign to save Jacky Magaña

• Look who was the second eliminated in ‘Nuestra Belleza Latina’