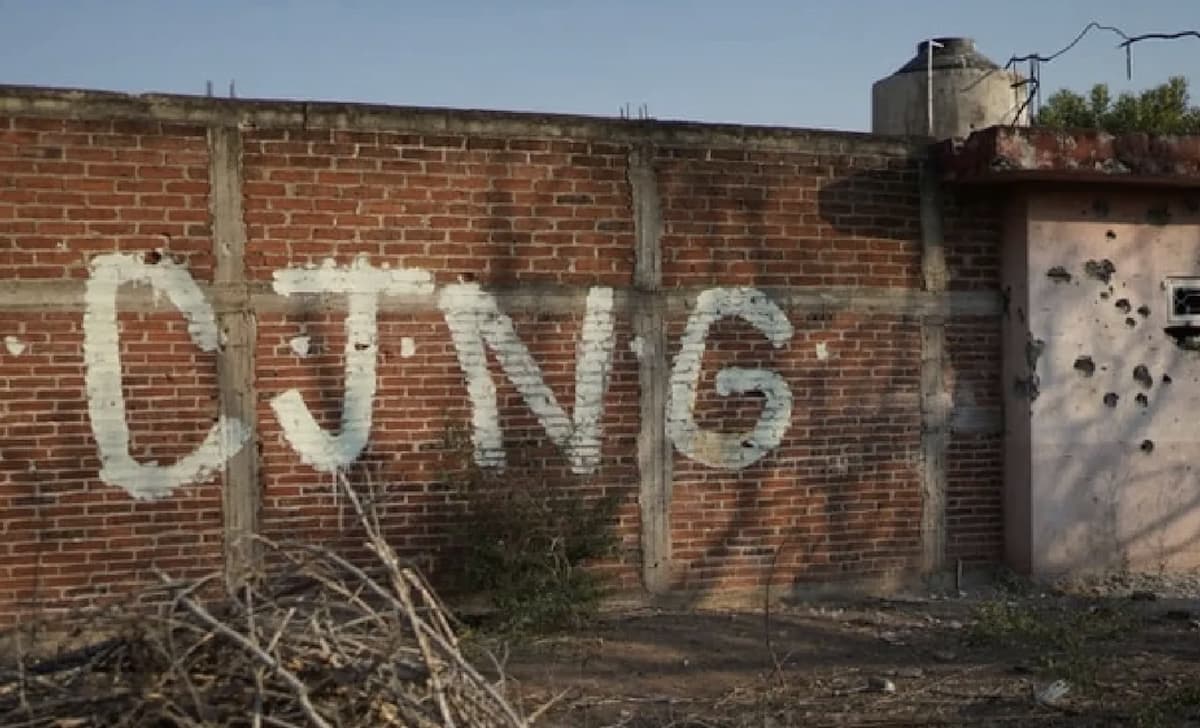 A new narcomanta showed up in Atizapan, the state of Mexico, containing a list of several names and a threatening message. The narco-message was signed by the Nueva Alianza, a new criminal organization formed by Jalisco Cartel – New Generation (CJNG) and members of the Unión Tepito.

Remember that a narcomanta is a common way for narcos to leave messages to their opponents, usually written on a cloth. The one left by CJNG and Unión Tepito was found during the afternoon of Monday, October 3, and displayed the following message:

Here is a photo:

So far, it has not been confirmed whether the narco-message was accompanied by human remains, as the first lines of the text suggest, or as is common when these types of banners appear.

It is worth noting that the Nueva Alianza group has been identified as a criminal cell formed by members of the CJNG and members of the Unión Tepito.

On September 20, Infobae Mexico reported on this newly-formed organized crime group, which is reported to affect merchants in the State of Mexico. Nueva Alianza asks for up to 100,000 pesos for “Cobro de Piso” (protection tax or protection racket) from vendors in several municipalities in the State of Mexico. If they refuse to give the money, they threaten them with death.

According to initial reports, Javier Solis La Zarigüeya, who appears in the narco-message found, is identified as one of the criminal group’s most violent operators.

In addition to extorting money from merchants, this criminal group also demands money from public transport drivers operating in the municipalities of Naucalpan, Tlalnepantla, Atizapán de Zaragoza, Nicolás Romero, Cuautitlán and Cuautitlán Izcalli. They are asked to pay a daily fee of 60 pesos.

Just yesterday, October 2, armed men exchanged bullets with elements of the Secretariat of National Defense (Sedena) in the vicinity of the Landmark shopping mall in Zapopan, Jalisco. Through several videos, some people close to the violence were able to record what happened.

On Monday, October 3, Mexican President Andres Manuel Lopez Obrador referred to the case and pointed to the CJNG as the criminal group behind the attempted kidnapping of a businessman. “According to the preliminary report, they wanted to kidnap a person and confronted the bodyguards. The shooting started, and the army intervened.”

On the other hand, at the beginning of September, an extortionist of the Unión Tepito, identified as El Bola, was killed by several gunshot wounds he received while in the Venustiano Carranza mayor’s office in Mexico City.

The extortion leader had been in prison on several occasions and assumed command of one of the Unión Tepito cells after Fernando Sánchez Medina, alias El Fernandito, was arrested in April 2022.

In February 2022, Mexican authorities dismantled many of the operations carried out by Unión Tepito by arresting 20 important members of the criminal group.