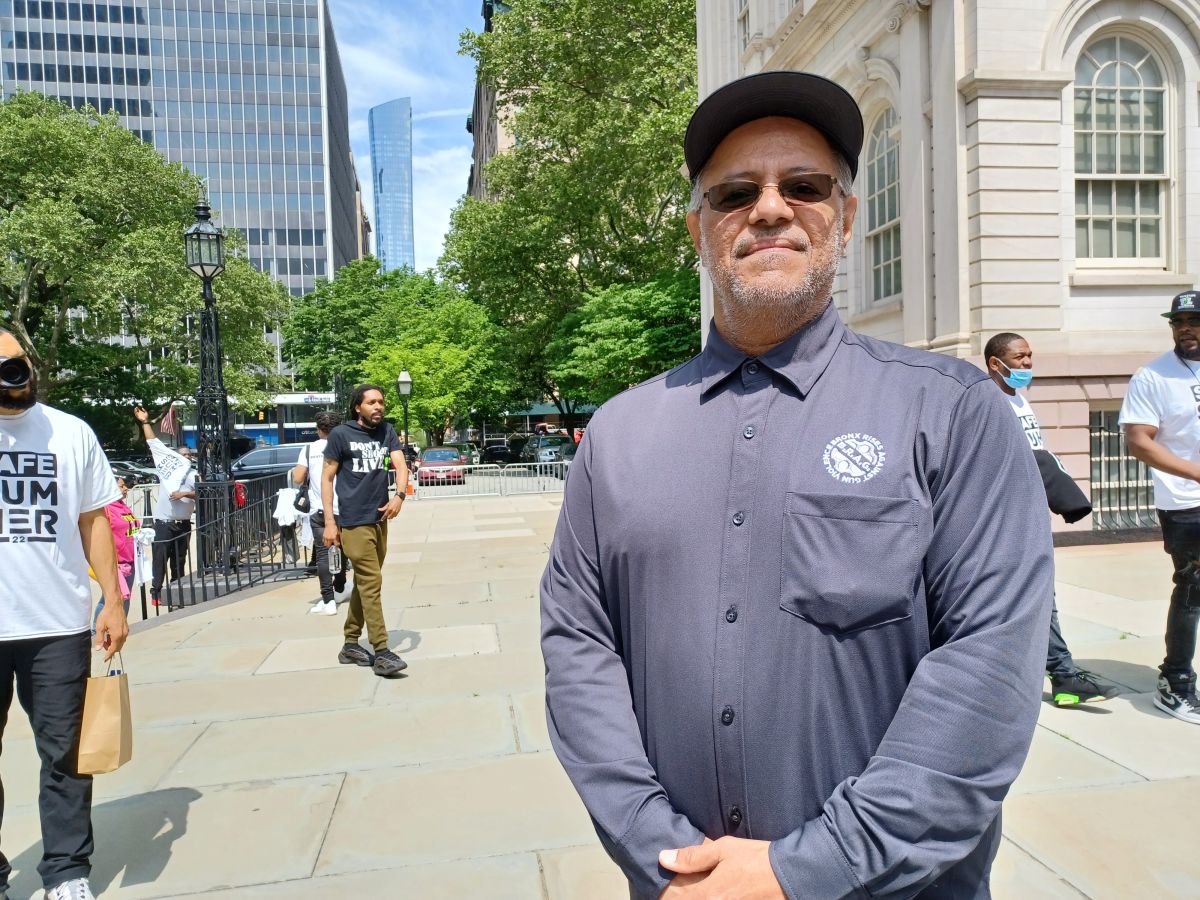 Hardly anyone, not even the authorities themselves, is doubting that in the Big Apple a summer is coming that could end with a very bloody balance. The account is very simple: If the “epidemic” of armed violence left very painful results on cold days, what can be expected on hot days, historically defined by the almost “natural” record of more criminal incidents.

Faced with these forecasts, a coalition of organizations that work to interrupt the violence, in the core of the most vulnerable neighborhoods, took to the steps of the City Hall of New York City, warning that it will be possible to have a safe summer, but “yes and only if” the City and the State invest more in the communities.

The fear of the spokespersons of these organizations is twofold. Not only are they sure that shootings will increase, but also the profile of the municipal plan that implies more police presence, it will end with thousands of black and Hispanic children and youth detained and criminalized.

“More horrifying days could come. More should be invested in programs that allow us to get closer to those kids who are at risk of joining a ‘bargain’ (gang). There’s no other way. More resources should be provided to us, who know how to intervene at the grassroots of the communities. Any other action will be useless.”considers David Cava of the organization ‘Bronx Rises Against Guns’ (Brag).

“Let’s prevent children from having weapons”

More than a dozen groups working under the umbrella of “Cure Violence”in all five counties, united under the banner “Safe Summer 2022”, which sent municipal and state authorities two requests: more investment in poor neighborhoods that are targets of violence and Fewer police surveillance squad plans.

In the specific case of the City, they hope that the budget for fiscal year 2023 reconsiders more resources for plans to stop violence.

“We are telling our local leadership, our churches, our families that preventing a child from ending up with a gun in his hands, It is a matter in which we must intervene opportunely. It’s not just a matter of more police on the streets.”

David knows exactly what he’s talking about. When he was just a teenager, he ended up being part of a gang and that makes him understand, more than anyone, the triggers and the risks that younger people in neighborhoods where communities of color live have right now. Even more so in the Bronx.

“We ask families to take a good look at what their kids are doing. Even since they are in primary school. Let’s free ourselves from violence by investing in communities. Not persecuting them,” added the activist.

The request of this coalition made up of ManUP, True2Life, Speak Peace Forward and SOS It comes at a key moment. The country and the Big Apple are shaken by a sequence of attacks with terrible fatalities of innocent children.

Precisely the New Yorkers, still trying to understand how little Kyhara Tay, eleven years old, was murdered last week when leaving a hair salon by accidentally meeting at the crossroads of a gunfight. And, in addition, one of the suspects of that shot, which blinded his life, is a 15-year-old adolescent, who has already been arrested.

For his part the New York City Ombudsman, Jumaane Williams, who aspires to the governorship, believes when observing the City’s plans, for the next hot season, “acting on the consequence and not on the causes”.

Williams recalled that the summer of 2018 was one of the least violent in the history of the city, however, that did not exist. “reinforcement of the police presence” announced by the authorities this year.

“The shootings are part of a national epidemic, from which the city of New York does not escape. We ask the City and the Governor to double the budget for programs that cure violence, not to end up with the Rickers Island prison more saturated with people waiting for a trial,” said the Ombudsman.

The City will reinforce the NYPD in the summer

Mayor Eric Adams has also acknowledged to local media that he is “concerned” about a possible increase in crime in the coming months.

In this sense, he has been emphatic in addressing the issue in two directions: adding more anti-gun police units in violent neighborhoods, and in the immediate future, more investment in opportunity programs for 100,000 youth jobs for June, July and August.

In this scenario, there is also the “zero tolerance” policy to crimes considered as minor, for example jumping the turnstiles of the Subway to evade payment.

It was learned that in parallel, in the draft of the 2023 budget, the New York City Department of Education (DOE) is allocating $9 million in federal funds next yearto hire community organizations that specialize in violence interruption techniques, such as mediation and conflict resolution, so that students feel supported in their schools.

But at the same time, the police presence does not seem to be a negotiable issue.

In addition, the New York City Police Department (NYPD) has begun implementing its Summer Violence Reduction Plan to address gun violence and other crimes that are on the rise.

As of last Sunday, every county has at least one inspector working as a violence reduction coordinator, who can quickly deploy police and resources. Two will be added to the County of Salsa.

The municipal president announces for the coming months, more police presence, which implies getting officers who do desk jobs out onto the streets.

“A couple of things we need to do: We need to look at the NYPD workforce. Too many cops are doing civilian jobs. I need them back on the street.” concluded in a recent meeting with officers of the Uniformed.

Between winter and spring: