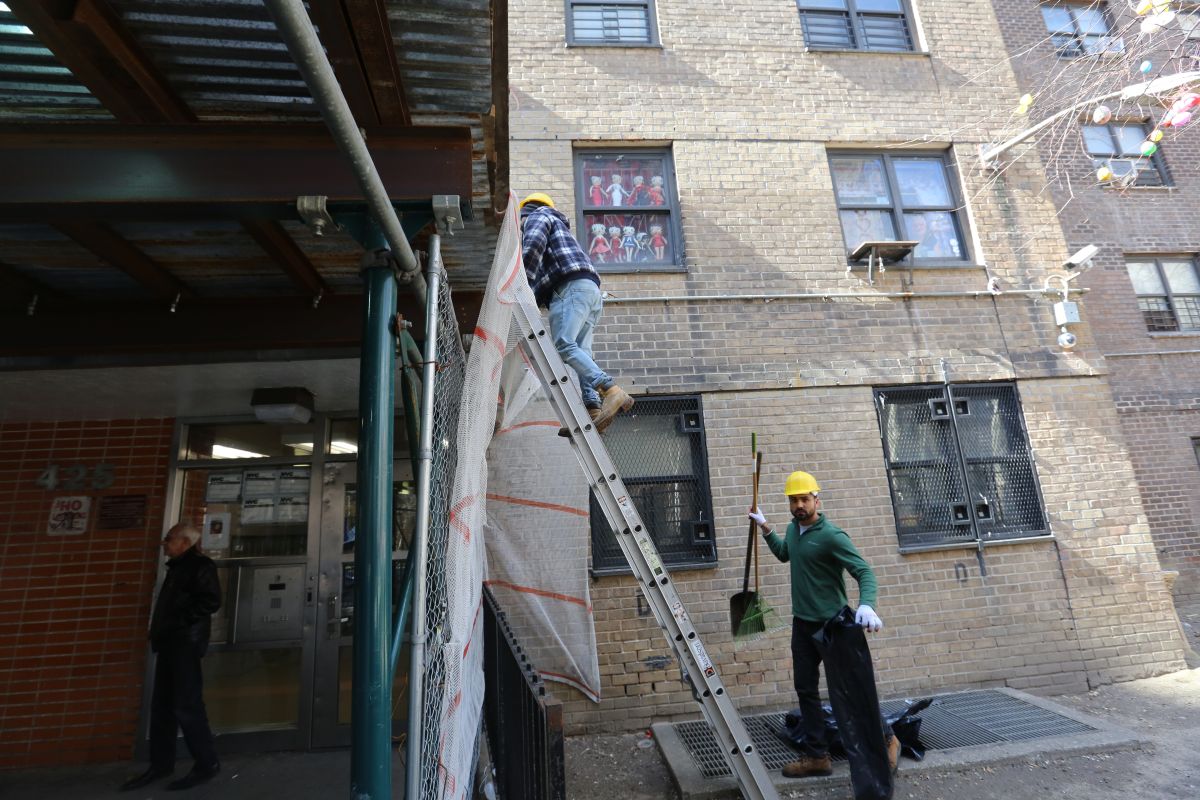 “The bad situation that we saw in the apartments during this tour was excessive”. This is how New York City Ombudsman Jumaane Williams described the appalling conditions in which most of the units in the residential complex of the 303 Vernon Avenuein Brooklyn, and therefore condemned again the negligence of the Public Housing Authority (NYCHA), which forces thousands of low-income New Yorkers to live with insecurity and unhealthiness.

“Of course what is happening here has to do with a lack of funds, but it is also mismanagement in the management of these homes,” he said. the defender, adding that they saw “apartments with cold air coming out of the heaters, many with black mold, which is the worst of mold.”

Williams spoke alongside affected tenants at a press conference after touring three units, highlighting areas where insufficient action and lack of real repairs have led to ‘extreme’ poor conditions for NYCHA tenants. These include a mother whose conditions in her home were so dangerous that the City Children’s Services Administration (ACS), temporarily relocated the children to shelters, which led to the separation of the family.

“One of the worst apartments we saw is that of a mother who is so ill that ACS said she could not continue living there with her children.and after they ended up in two different shelters, they still charged him a thousand dollars (for rent),” the Ombudsman said indignantly.

“The Housing Authority needs to stop putting a Band-Aid on all of this and really fix the problems, because the conditions we live in are unhealthy, especially for children, who are being put into shelters, just like that, instead of that they come to do the urgent repairs that are needed much more easily, so that these children can live in better conditions and with their parents,” said one of the tenants whose apartment was inspected by Williams.

The resident complained that NYCHA they don’t waste time collecting the rent they pay, “but why don’t they just as quickly send someone to attend to the problems in our homes, and make us feel safe, instead of breathing mold, and suffering from sewage leaks… everything This goes against our health.”

In recent weeks, Williams has already made other tours of residential complexes that belong to the City Public Housing Authorityand has seen firsthand how many renters are living in deteriorating apartments, including lack of heat and hot water, in the dead of winter.

The Ombudsman assured that part of the goal of these NYCHA tours is to “connect these issues to a broader conversation about public safety, because you can’t imagine being a young person living in those conditions, the stress that this brings when it comes to to learn, when it comes to just living their lives, and no one helps you with these problems.”

And, with the vast majority of NYCHA’s tenants being minorities, 40% of them Hispanic, Williams stressed that “it’s black and brown people that we’re putting in terrible conditions, and we’re not doing anything about it. We not only have to do what is right and respond to them morally, but also legally, because many of these conditions are illegal.”

On February 8, Williams visited the Fort Independence Houses complex, in the Bronx, to get a closer look at the series of failures in the apartments, after several balances show that 90% of the total number of NYCHA apartments in the five boroughs, require repairs and renovations.