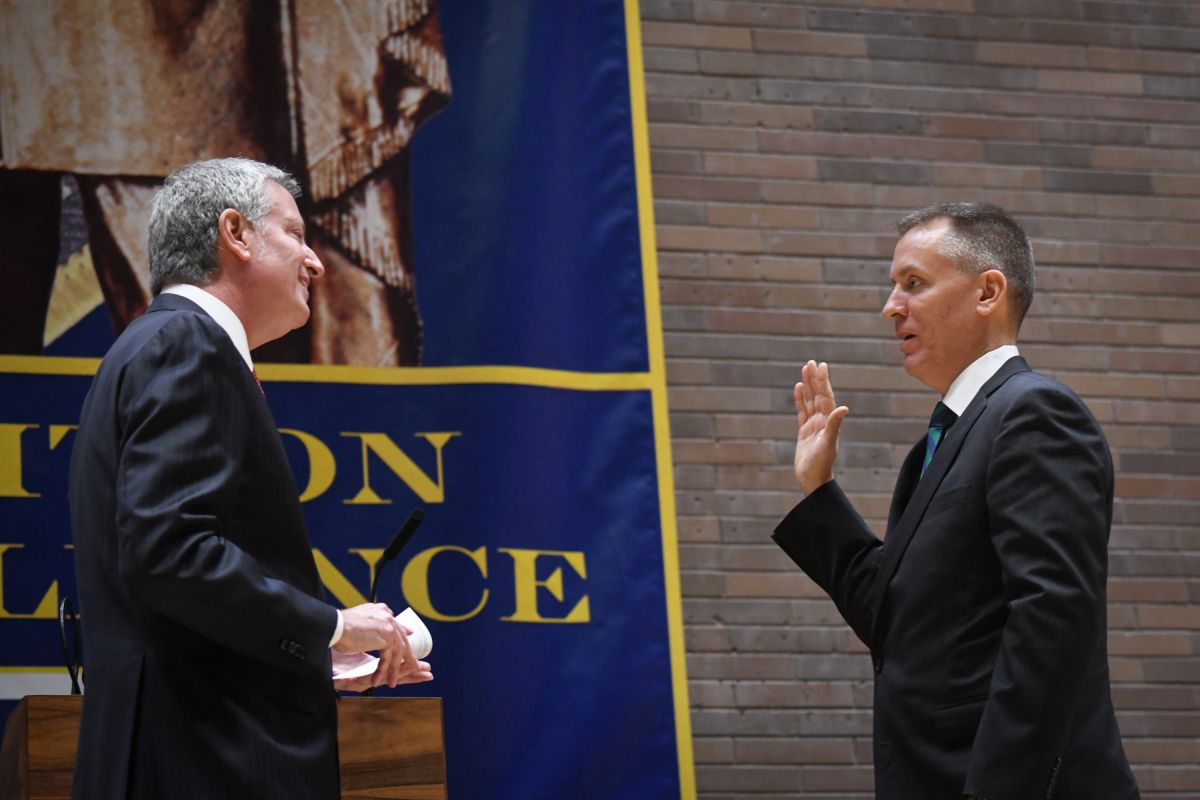 Coincidence or not, both NYPD Commissioner Dermot Shea and his deputy Benjamin Tucker filed their retirement papers today., which will open a new stage in the leadership of the largest police force in the country.

Both worked mentioned the December 31 as his last day with the NYPD, which would be a hours before Eric Adams, a former NYPD, takes office on January 1.

Shea has been the city’s top cop since December 2019, Los two years of his tenure were marked by the pandemic, the penal reform and the anti-police climate that was accentuated throughout the country since 2020. Prior to that, he was Chief of Detectives, Chief of Crime Control Strategies, and Deputy Commissioner of Operations.

Adams and Shea have agreed to criticize the climate of impunity and withdrawal of funds from the NYPD. In recent weeks, the commissioner has also been alarmed by the arrest of getting younger gunmen in town, apparently linked to gangs.

Veteran Tucker began his career as a police apprentice in 1969. He became an officer in 1972 and a sergeant in 1987. After 22 years, and working in a variety of units, including the first Civil Complaints Review Board, which was then under NYPD, he went to work on City Hall for Mayor Ed Koch.

He held various civilian positions, including chief of the Human Rights Commission and director of school safety for the Department of Education (DOE). In 1995, he went to work for the President Bill Clinton in the Department of Justice (DOJ) and then with the president Barack Obama as deputy director of the Office of National Drug Control Policy (ONDCP).

Tucker returned to the NYPD under Commissioner William Bratton in 2014 as chief of training and later became the first deputy commissioner overseeing the department’s personnel, training, criminal justice, and disciplinary system. Mayor Bill de Blasio ignored Tucker to run NYPD twice. First, when he named James O’Neill to succeed Bratton in 2016 and then when Shea was placed in 2019, he recalled Daily News.

Parallel to the anti-police climate and the withdrawal of funds promoted by the mayor’s office and the Municipal Council, pensions in NYPD have risen since last year. More recently, last month the mayor’s mandatory COVID vaccination mandate led many to resign, including passing to other police forces in the country.

One of the promoters last year of defunding the NYPD was Mayor Bill de Blasio himself. At the end of August he blamed the growing violence in NYC on the lack of trials carried out by the state penal system, paralyzed by the coronavirus, stating that in total only 18 verdicts were issued in the first half of this year. The number is staggeringly low compared to 405 sentences during the same run-up to the pandemic, in 2019.

Another alarming report from the New York State Department of Criminal Justice Services (DCJS) warns that NYC district attorneys last year refused to prosecute detainees at nearly double the 2019 rate, leaving 6,522 suspects out of judgement. In total, public prosecutors dropped all charges in 16.9% of the 38,635 felony cases that were closed in New York City during 2020.

In the recent past, various factors that analysts, union leaders, politicians and citizens themselves have linked to the rise of violence Are the controversial bail reforms in NY state in force since January 2020 with the support of then-Governor Andrew Cuomo; the massive liberation of prisoners to avoid contagion by the coronavirus; the mental health crisis with more homelessness on the streets and the Metro; and the reduction of funds to the police promoted by De Blasio himself.