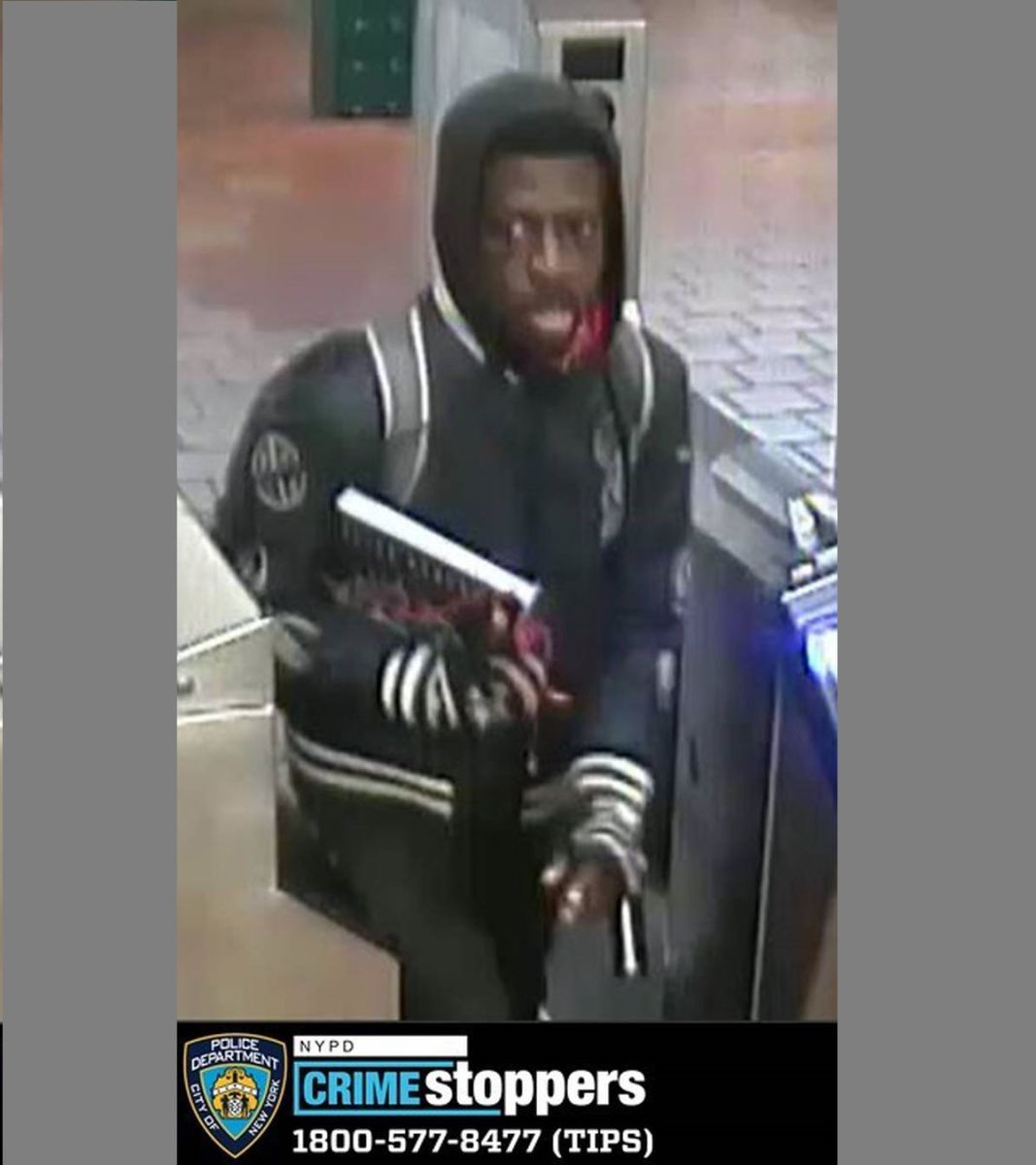 Authorities on Saturday released a photo of the subject who stabbed a New York City Housing Authority worker in the back as he attempted to fill his MetroCard at a Harlem train station.

The victim, Taofeek Agisegiri, 54, noticed a man urinating at the A/B/C/D station at W. 125th St. and St. Nicholas Ave. minutes before he stabbed him at 4:30 a.m. Friday, the NYPD reported.

The offender allegedly chased Agisegiri after he tried to “engage him in a verbal dispute” was unsuccessful and then stabbed him.

“He said, why am I looking at him, ‘I’m talking to you, aren’t you talking to me,'” the victim recalled. “I walked past him. He just stabbed me in the back.”

The suspect, who was wearing a black hoodie, fled the station.

EMS transported the victim to Mount Sinai Morningside Hospital with a minor injury. The NYCHA worker said he received 12 stitches to his upper back and a scratch where the attacker attempted to stab him again.

The NYPD described the subject as a dark-skinned man, 5 feet 8 inches, between 28 and 35 years of age, with a thin build and a beard at the time of the stabbing, wearing a black hooded sweatshirt, a black jacket, and carrying a book.

Agisegiri, who emigrated from Nigeria to the United States six years ago, claimed that three people saw him when he was attacked but did nothing.

“In this country, people mind their own business,” he said.

This early morning attack is one of the latest in a wave of violence in the city’s metro. Authorities have been facing a 41% increase in crime within New York‘s transit system this year, 2022, compared to 2021.

Police released the image of the criminal in hopes that someone could identify him. In addition, citizens who can provide information on his whereabouts are asked to contact NYPD Crime Stoppers at (800) 577-TIPS. All calls will be kept confidential.